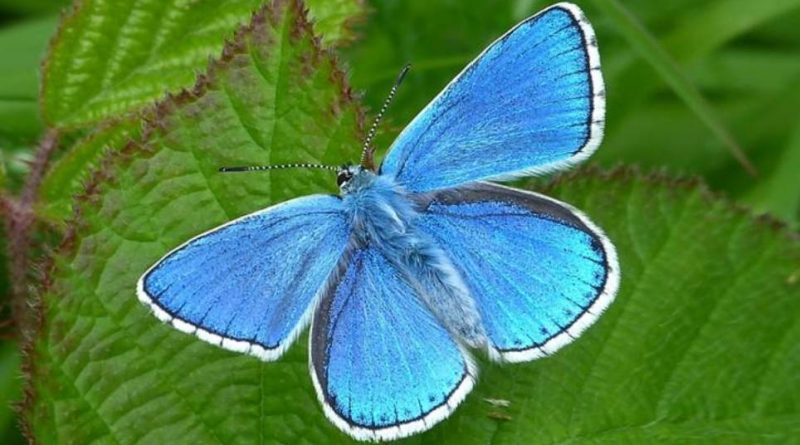 The Adonis blue (Lysandra bellargus Rottemburg, 1775) is a moth belonging to the Lycaenidae family.

Geographical Distribution and Habitat –
The Adonis blue is a butterfly that lives in the Palearctic eco-zone, in an area between western Europe, central Europe, southern Europe, southern Russia, Iraq, Iran, the Caucasus, Transcaucasus and Turkey.
Its habitat is that of chalky or calcareous areas, hot, dry and sheltered where it can be seen flying low through the vegetation, up to 2,000 m. s.l.m..
The larvae of this moth feed on the horseshoe vetch (Hippocrepis comosa L.) which is a plant that largely vegetates in this habitat. This plant blooms in the presence of grazing sheep as it disappears after a few years when cattle graze.
The presence of this butterfly is also linked to anthropic activity where some refuges or modifications of the territory where this vetch grows create the conditions for the reproduction and refuge of this butterfly. 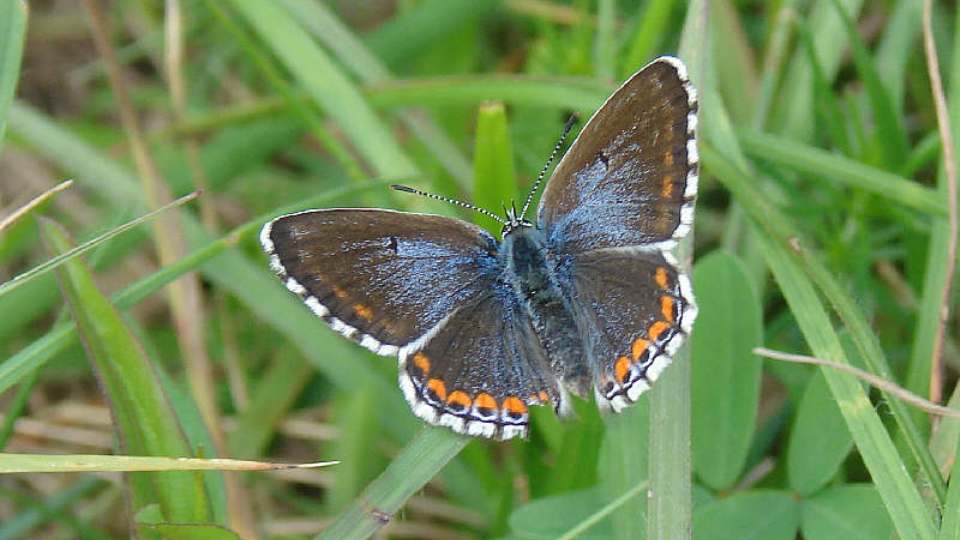 Morphology –
Lysandra bellargus is a butterfly that has an evident sexual dimorphism. The male has the upper side wings of a bright blue, with a thin black line around the edge and a white margin. The female is chocolate brown with some blue scales near the base and with orange spots, delimited by blue scales, around the edge of the rear wing. Both sexes have checkered fringes.
The lower part is brownish gray with black and orange crescent spots. The wingspan is about 3 cm.
The caterpillar reaches a length of 1.6 centimeters, with a dark green body with dark spines and yellow bands along the back and sides.
This butterfly also has a variability also linked to the habitats and regions where it lives and reproduces.
Furthermore, a certain number of females can present a large bluing of the upper surface of the wings (forma coelestis). This species can hybridize with L. coridon giving rise to male individuals with intermediate coloring (polonus form).

Aptitude and biological cycle –
The Adonis blue turns two annual generations: the first from mid-April to June, the second between the end of summer and the beginning of the autumn season.
The insect spends the winter in a caterpillar state that feeds on legumes.

Ecological role –
Lysandra bellargus is a polyphagous species on several species belonging to the Fabaceae family (Hippocrepis comosa, Lotus). Polivoltina from late April to early July and from August to early September.
This butterfly in Europe finds its northern limit in Great Britain and is however always present in the dry and warmer limestone grasslands of southern England. In the past fifty years its population has been declining because its habitat is disappearing due to the change in agricultural practices.
Only in Britain has there been a drop of more than 90% in number compared to 1950.
However climate change with global warming and hot weather seems to be useful for this species by expanding the presence of suitable habitats.