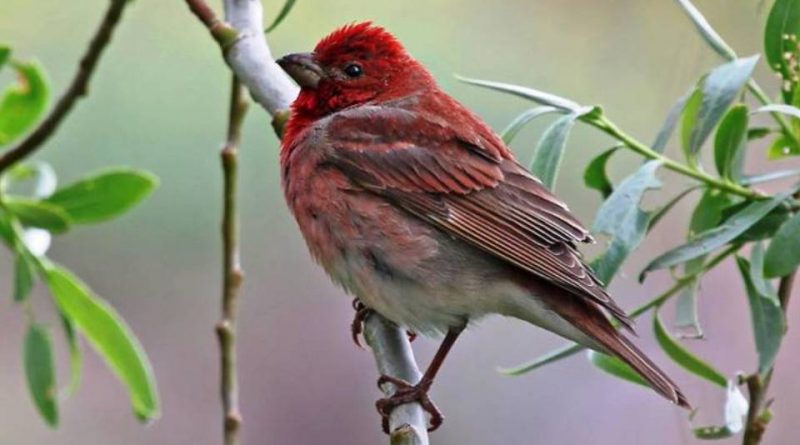 The common rosefinch (Carpodacus erythrinus (Pallas, 1770)) is a passerine bird belonging to the Fringillidae family.

Geographical Distribution and Habitat –
The common rosefinch is a bird, which with its subspecies, inhabits a large area ranging from Eurasia to Japan.
The species spends the winter period in the Indian subcontinent: Indochina, Burma, southern China and south-eastern Iran, and then migrates in spring to go to reproduce in a large area ranging from the Scandinavian peninsula and central-eastern Europe to the Kamchatka and Japan through Siberia, between 25 and 68 degrees latitude.
In recent decades this bird has been expanding its range to the west, being spotted fairly regularly and in some cases making breeding pairs observed also in England, Switzerland and central-northern Italy.
The habitat of these birds is represented by wooded areas, both deciduous forests, pine forests, mountain forests, or swamps, provided that there is presence of water especially during the reproductive period, or undergrowth or even with sufficient bush cover. 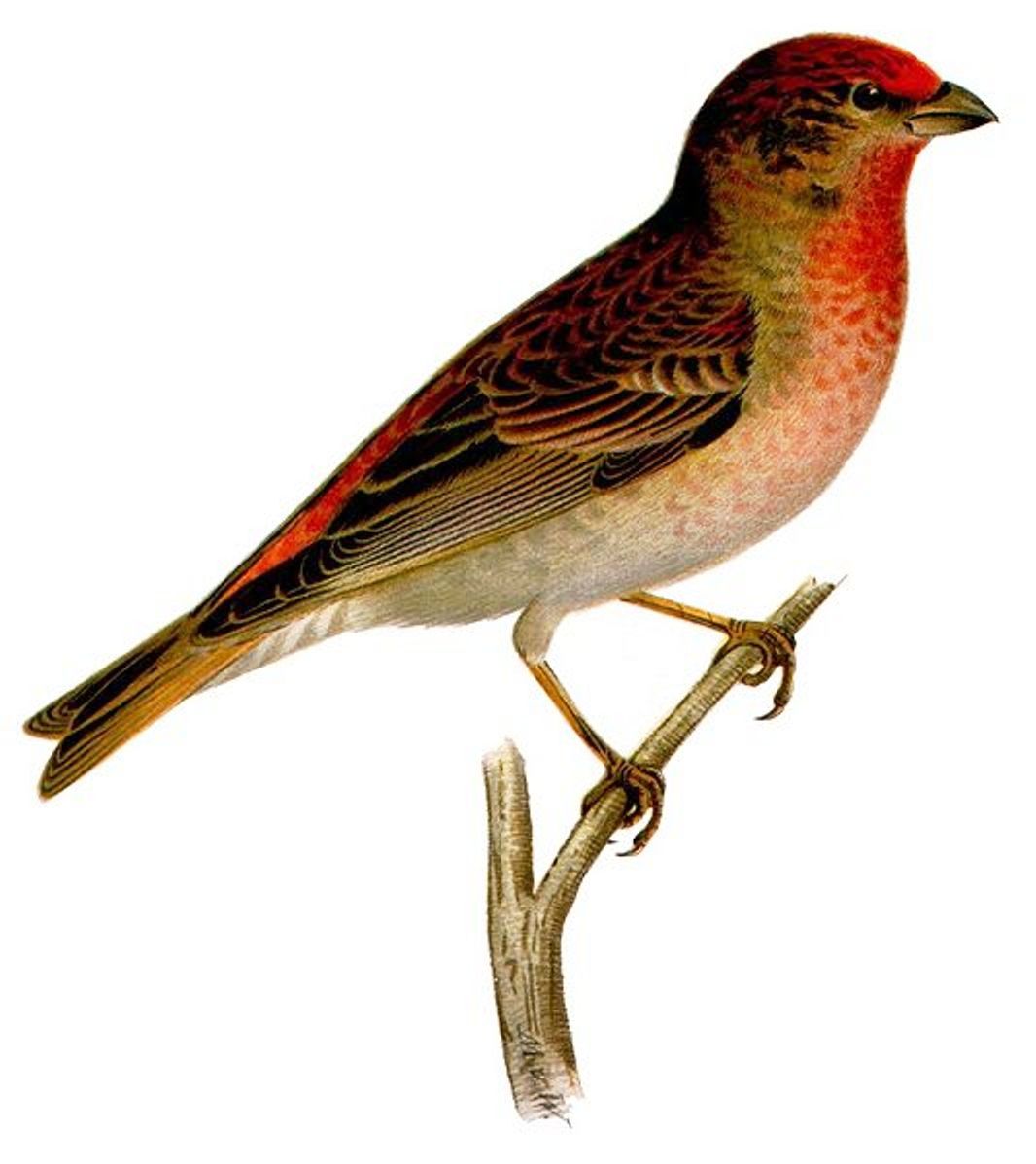 Description –
Carpodacus erythrinus is a bird with a length of 14-16 cm, a wingspan of 24-26 cm, for a weight of about 20-24 grams, with the presence of evident sexual dimorphism.
It is recognized for the adult male who has a scarlet red head, neck, throat, chest and back, while in the remaining upper parts and in a mask that crosses the eyes the color is dark brown with lighter shades and some shades of red – pink. The abdomen and belly have a whitish color with pinkish hues.
Females and young males are recognized for having dark brown upper parts with blackish speckles. The lower parts are off-white with brown speckles. The young resemble females and immature males, however, having significantly lighter shades and tending to sand yellow.
In both sexes, however, beak and legs are blackish, while the eyes are dark brown.

Biology –
The reproductive season of Carpodacus erythrinus runs from May to August, a period in which couples are formed, strictly monogamous (although cases of polygamy have been observed), whose components defend the territory in the vicinity of the nest from possible intruders.
The nest, which has the shape of a cup, is built only by the female, weaving stalks of grass and twigs and lining the inside with rootlets, fur and down, and is located in the bushes up to about 2.7 m d ground clearance.
4-6 blue colored eggs are laid inside, with sparse brown punctuation particularly at the two poles. The eggs are hatched by the female alone for about 13 days, at the end of which the hatchlings hatch which are blind and impure.
During the hatching the male stays near the nest, singing to keep the intruders away and taking care of finding the nourishment for himself and for the female.
Nestlings are cared for by both parents, who feed them with regurgitated seeds and insects, for a period of 16-17 days, when the young are ready for fledging. However, they tend to remain in the nest for a few more days, requiring more and more sporadically the cue, before definitively leaving and dispersing.

Ecological role –
The common rosefinch is a bird with mainly diurnal habits (except during migrations, which are mainly nocturnal), very cheerful and lively, which moves in pairs or in small groups and spends most of its time on the ground looking for food.
Its diet is mainly granivorous, based on the seeds of herbaceous and arboreal plants, but also on other foods of vegetable origin (buds, tender leaves, buds, catkins, berries, fruits); sporadically it can be integrated by insects, larvae and other invertebrates.
It is a bird that tolerates human presence well, also colonizing anthropized areas such as parks or urban gardens and plantations.
According to the IUCN, it is currently a species of Least Concern (LC, Least Concern), as it does not risk extinction in the short or medium term.