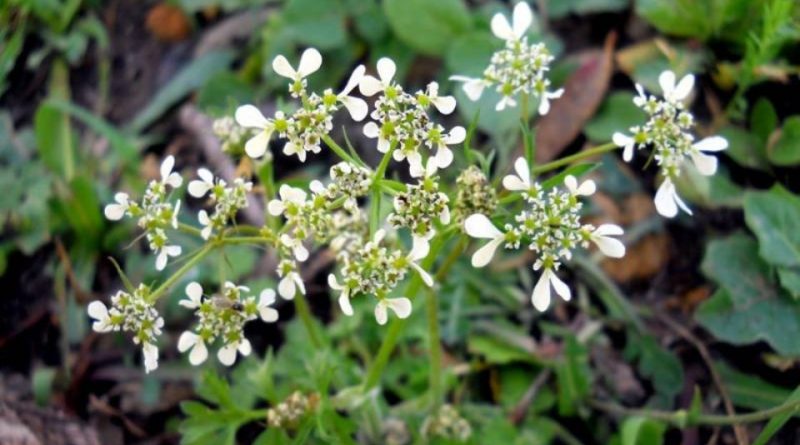 The Mediterranean hartwort (Tordylium apulum L.) are an annual herbaceous species belonging to the Apiaceae family.

Systematic –
From a systematic point of view it belongs to the Eukaryota Domain, Kingdom Plantae, Magnoliophyta Division, Magnoliopsida Class, Apiales Order, Apiaceae Family and therefore to the Genus Tordylium and to the Species T. apulum.

Etymology –
The term Tordylium comes from the Greek τορδύλιον tordýlion, a name present in Dioscorides (derived from τόρνος tórnos chisel, lathe and from ἴλλω íllo turn around: for the rounded shape of the fruits carved on the edge.
The specific epithet apulum derives from Apulia, today Puglia: Apulian.

Geographical Distribution and Habitat –
Tordylium apulum is an annual plant native to Europe and western Asia, with a strictly Mediterranean distribution, present in all regions of Italy except in the northern ones from Piedmont to Trentino-Alto Adige.
This species was also introduced in the United States, where it is now found only in Arizona.
Its habitat is that of cultivated, uncultivated and meadows-pastures, on arid soils in summer, below the lower mountain belt, with optimum in the Mediterranean belt, in the altitude range between 0 and 1200 m above sea level. 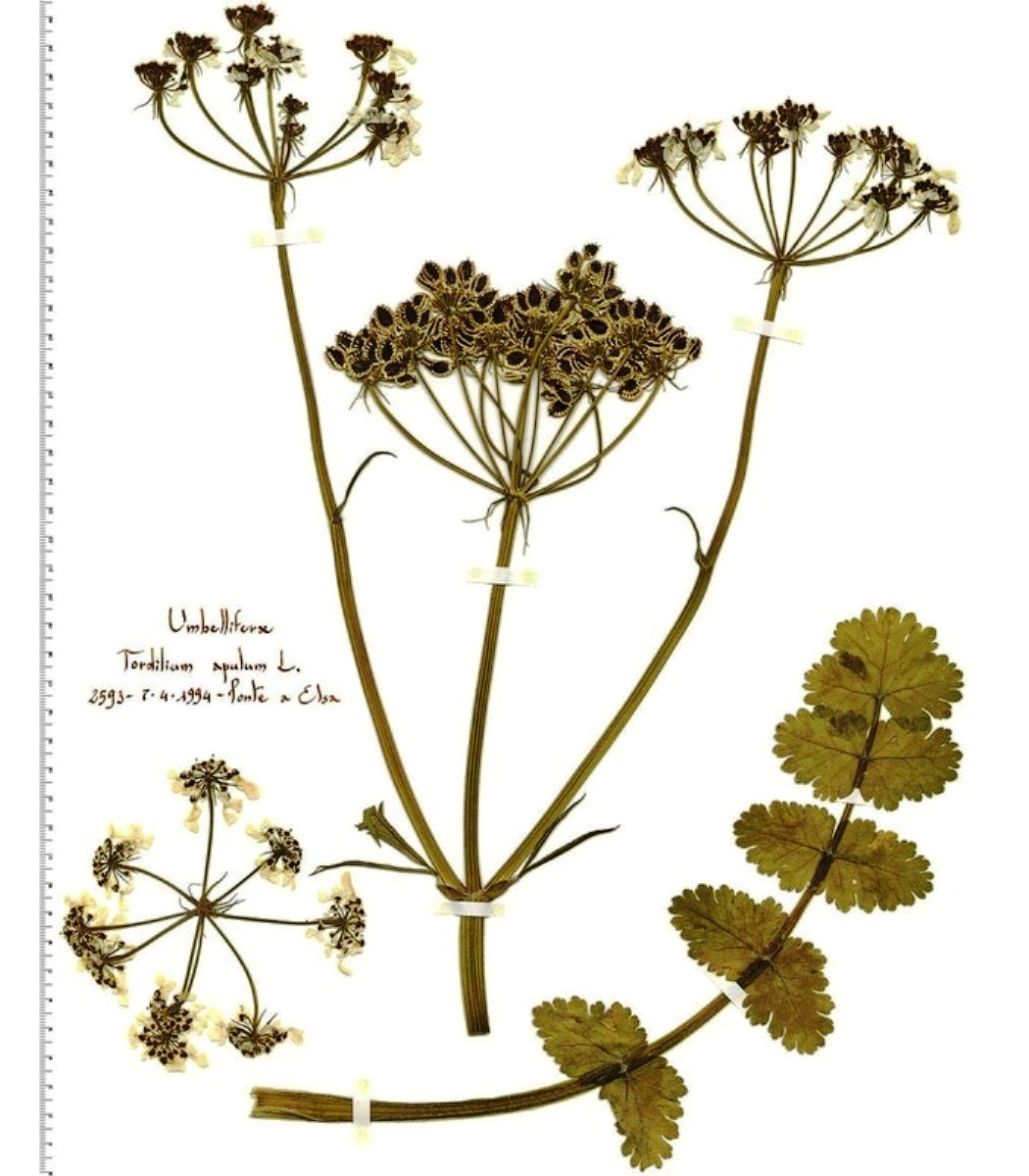 Description –
The Tordylium apulum is an annual, hairy plant, with dimensions between 10 and 60 cm.
The stem is erect, branchy, green.
The basal leaves have a 4-5 cm petiole; they are imparted with 7-9 oval leaflets with rounded and slightly marked teeth margin; the cauline leaves are similar but subsessile.
The flowers are small, white; the peripherals with a single vexal petal, up to 5 mm long, deeply bilobo; carried by 6-8 ray umbels, with 5-7 linear, reflected bracts at the base; similar but minor bracts.
The flowering period is between May and July.
The fruits are dorsicompressed polachenaries, ovate-elliptical or discoidal 5-8 mm long, composed of two round mericarps, crested at the margins that separate when ripe without releasing their only seed.

Cultivation –
The Mediterranean hartwort are plants that grow spontaneously on wasteland or on the edge of crops and is common in grassy and not too humid places such as cultivated and uncultivated pastures.
The plant grows indifferently on sandy, sandy-clayey and clayey soils. In addition, also from the point of view of pH, it can grow on both acidic, neutral and basic soils, but will not thrive in the shade.
The flowers are hermaphrodite and are pollinated by insects. In addition, the plant is self-fertile.

Uses and Traditions –
The leaves of the plant are edible and especially the tender and fragrant ones are used, to be used fresh in mixed salads; boiled in soups and soups.
The leaves are used in various parts of the Mediterranean, such as in Greece, as a vegetable salad.
From the phytotherapeutic point of view, the composition of essential oil of aerial parts of Tordylium apulum was analyzed.
Sixty-seven compounds have been identified which represent 96.5% of the oil. The most abundant compounds were (E) -β-ocimene (17.3), α-humulene (11.4%) and octane octanoate (8.8%) with variable composition also according to the place of collection.
There are no known medicinal uses for this plant.

Method of Preparation –
The Mediterranean hartwort can be collected for consumption especially in the period from March to May. The tender and fragrant leaves of these plants are used, to be seasoned in mixed salads or to be boiled to prepare soups and soups.