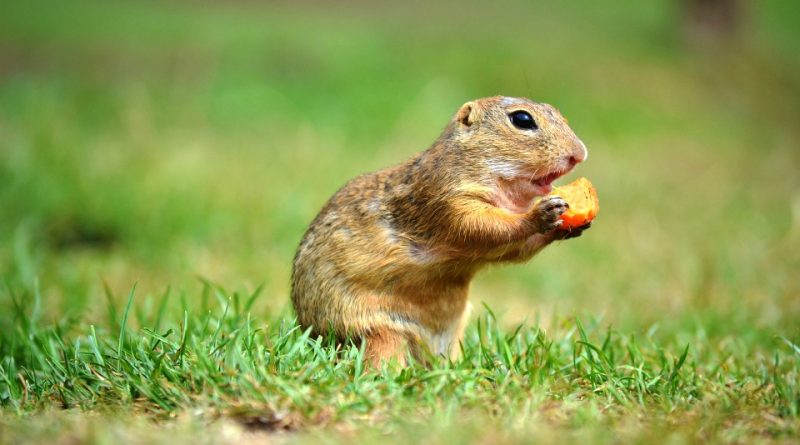 The Alpine marmot (Marmota marmota (Linnaeus, 1758)) is a rodent belonging to the Sciuridae family.

Geographical Distribution and Habitat –
Marmot is present with the two subspecies in Europe in a different way. With the subspecies “marmota” it is present in the Alpine arc, while with the subspecies “latirostris” it is widespread in the Carpathians, Tatra Mountains and some mountain groups in Germany.
This rodent, from the second half of the twentieth century, with the subspecies Marmota m. marmota was introduced in the Pyrenees and in some areas of the northern Apennines (Ligurian and Tuscan-Emilian), where it gave rise to small naturalized populations. After 1980 it was also introduced on the French Central Massif.
In addition, since the middle of the last century, the State Forestry Corps has made numerous introductions to the main peaks of the Tuscan-Emilian Apennines, also because of the ecological role in feeding birds of prey, such as the golden eagle, which carries out the marmot.
Its habitat in the Alps is mainly that of the slopes facing south and with a high slope, characterized by prairie with scattered rocks or boulders and sparse shrubs of mugo, rhododendron and juniper, where it lives at altitudes above 1,500 meters, with an altimetric diffusion between 2000 and 3000 m. s.l.m., at the upper limit of the forest, where the trees thin out and decrease in size. 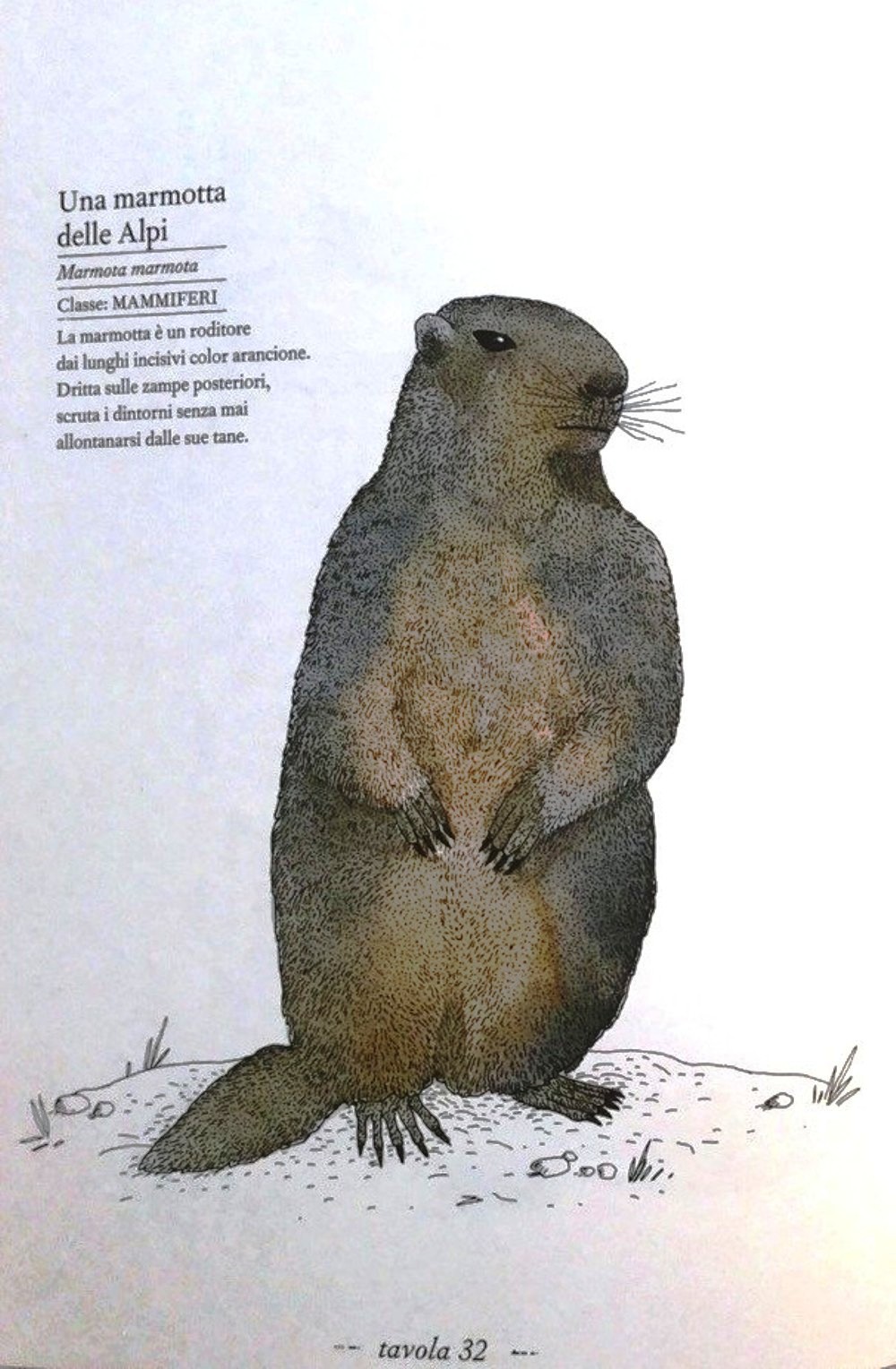 Description –
The Marmot of the Alps is a medium-sized rodent, with a weight of 5-6, up to 10 kg and a length of about 70 cm, including the tail of about 15-20 cm; this, in relation to the position it assumes, represents an important signal in the social relations between the various members of the group.
This mammal is recognized by the presence of a thick and rough fur, gray brown on the back and rust on the lower part.
The tail is dark in color and with a thick hair that ends with a black tuft.
The head is rounded and elongated, with the position of the eyes which allows it to have a large field of view.
It has sturdy legs and claws, rather short; the front ones, in particular, are equipped with strong and robust nails that are used by the animal for the excavation of the burrows. The muzzle is characterized by small semicircular ears and long vibrissae (hairs of 4 to 7 cm) which have a sensorial function and develop quickly. Between this and the eye there are particular facial glands whose secretion is used for individual recognition and marking of the territory.
It also has highly developed incisors ,, which are rootless and therefore continuously growing: the animal consumes them daily during food chewing.
The little ones of the year are easily recognizable, as well as for their smaller size, also for the uniform gray color of the coat.

Biology –
Marmota marmota begins the mating season after the hibernation from October to April approximately. The awakening coincides with the mating period, and with a gestation period of about 40 days, at the end of which it gives birth to two to seven babies who are nursed by the mother for 42 days and leave the den, for the first time, usually in early July.
The marmot lives in families where the male tends to mate only with the dominant adult female.

Ecological role –
The marmot is a rodent of diurnal habits, during which it dedicates the day to the search for food (herbs, buds, roots, flowers, fruit and bulbs; only occasionally it feeds on insects), to clean itself, to bask in the sun and to play with their fellow humans.
Since it is not a ruminant, it must select the type of food, depending on digestibility: this is the reason why the most tender vegetable parts and in particular the flowers are preferred.
In addition, the marmot does not drink the water flowing in the streams but instead draws the liquids necessary for its organism only from the consumption of grass and morning dew.
It also digs very complex dens (summer and winter), where it spends the night and the hottest hours of the day.
There are escape dens, while the main dens are made up of one or more openings that lead into tunnels as deep as ten meters. Inside there are numerous concamerations where marmots spend the night, give birth, spend the winter.
Arrived at the end of September, it takes refuge in dens, where after blocking its entrance, it faces the long winter period. During this period the heart rhythm slows down considerably and sleep will be interrupted a dozen times by short phases of awakening.
Before the hibernation, which generally lasts from October to April, the animals carry dry grass with their mouths to prepare an appropriate bed for the long winter.
The marmot does not live isolated but in families; each group is generally made up of the adult male and female as well as the other females. Young males are removed from the family early after the first year of life.
In case of danger this mammal emits a kind of whistle which also serves to maintain a connection between the members of the group.
In the past it was mistakenly believed that it was a real whistle, but in truth it is a cry of laryngeal origin that is emitted with an open mouth. There are also different types of signal: for example, a single whistle indicates a threat that comes from above, which could be a winged predator (eagle) or a man descending a slope; a series of whistles signal a danger coming from one side, such as a fox, a dog or a man who comes laterally. The intensity of the whistle provides indications on the distance of the probable predator. The signals are audible up to one kilometer as the crow flies.
Once upon a time, Marmot fat, in the folk medicine of the Alpine regions, was considered a valid remedy against certain bronchial, lung and rheumatic diseases.
Today it is listed in Appendix IV of the Habitats Directive (92/43 / EEC) and in Appendix III of the Bern Convention. Cannot be hunted according to Italian law 157/92. Present in protected areas. Least Concern evaluated by the European Mammal Assessment (IUCN 2008).