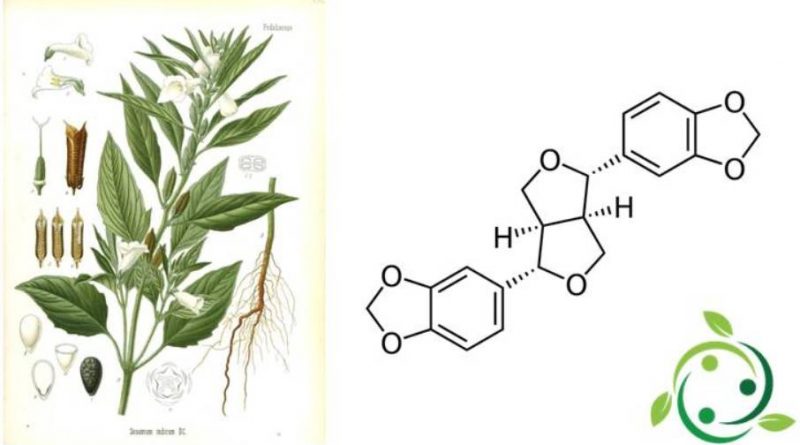 Sesamine, whose term in the IUPAC official nomenclature is: 5.5 ‘- (1S, 3aR, 4S, 6aR) -tetrahydro-1H, 3H- furo [3,4-c] furan-1,4-dilbis (1 , 3-benzodioxole) is a compound isolated from the bark of Fagara plants and from sesame oil (Sesamum indicum L.).
Sesamine, which is a lignano, is used as a dietary supplement for the reduction of body fat, although, in this regard, no scientific studies have been conducted on this application.
However, modern scientific research has recently deepened the study of sesame for its content in lignans: according to recent studies,

just sesamine, the most abundant lignano, can be converted by the intestinal microflora into compounds with a phytoestrogenic effect (an enterolactone).
Its main metabolite is enterolactone, which has an elimination half-life of less than 6 hours.
Both sesamine and sesamoline are minor components of sesame oil, which on average are around 0.14%.