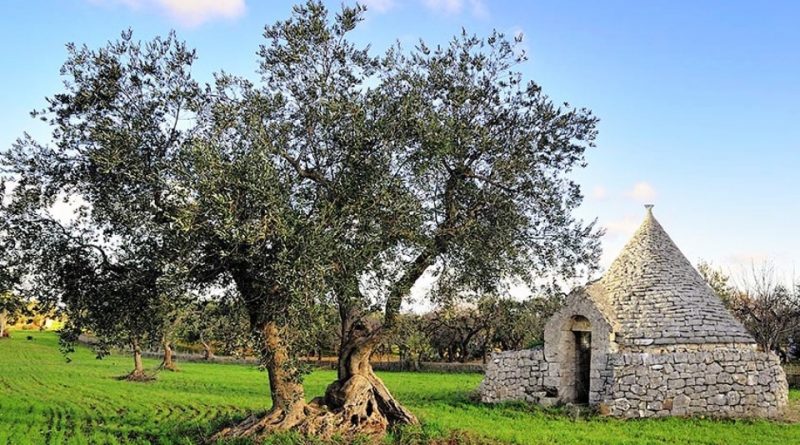 Agriculture is the mother of the civilization of entire peoples; place of knowledge and exchange of knowledge between nature and humanity. Place of suffering, reflection and projection of the human soul towards the sky, which with its rains and its sunrays or the moon at night, was seen as an image of something transcendent.
Puglia, also due to its position between the West and the East, is a region that has seen the birth and evolution of often peaceful civilizations in agriculture, because the experience between heaven and earth has always led humanity to peace and not to war.
As with other regions and ancient stories, the history of this region and its peoples is based above all on the analysis of the finds and on the intuitions and deductions that these lead. Findings that, also through tools, sometimes rudimentary, tell the “technological” degree reached by a people but also its use and therefore the crops for which it was adopted.
Certainly in this region, there was soon a lot of wheat, precisely because of its position in passing from the places of the fertile half moon. But the oldest peoples who resided here had learned about herbs, their fruits, and most likely their benefits not only from the food point of view but also from the “pharmaceutical” one which at the time was a mixture of use and ritual.
And with wheat also all religious and cultural traditions and the gods had to arrive soon in this part of the Adriatic.
The data tell us that already around the tenth millennium BC, the collection of primitive wheat, spelled and barley, was common practice in Iraq, Syria, Turkey, Iran and Palestine. The spread of agriculture and the first crops of wheat from the regions of the fertile crescent to Europe was relatively fast: around 6000 BC. agricultural villages had consolidated along the coast of the Aegean Sea, and from Greece it passed to Italy, precisely, among others, through Puglia.
It was only after the discovery of America that corn, potato, tomato, pepper, pumpkin, bean, peanut arrived.
But which peoples were present or had settled in the meantime, also through agricultural migrations in Puglia?
Over the centuries, many peoples have passed through Puglia, some coming from far away: pelasgi, messapi, iapigi, peuceti, dauni; and then Celts, Greeks, Minoans, Romans, Goths, Lombards; and still Albanians, Slavs, Jews, Turks, Saracens, Byzantines, Franks, Spaniards, Germans, Swabians, Normans, Arabs, Bulgarians and Armenians.
Archaeological and historical analyzes and their reconstructions lead to assert that the first to settle on the right side of the Italian boot, between the beginning of the Iron Age and the Roman conquest, were an Indo-European population from Illyria: the Japigi. The Japigi, once arrived in Puglia, which over the centuries was Apulia (in Latin), Iapyghia (precisely because of the presence of this people) and Ἰαπυγία (in ancient Greek), were divided territorially, from north to south, into three large groups ethnic: dauni, peucezi and messapi, thus creating Daunia (today’s Capitanata), Peucezia (central Puglia) and Messapia (ancient Salento).
The Dauni, took their name from Dauno, their leader in the transfer to Puglia. These were mostly peasants and, from the examination of the funerary objects and the remains of their settlements, it is possible to affirm that in the first centuries the power was held by small dominant groups, recognizable in the princely tombs of Lavello or Canosa, while in the VI century this emerging class spread, decreasing the detachment from the rest of the community.
This people developed many contacts with neighboring populations, while maintaining, however, a precise cultural “independence”. Among the most significant finds of this civilization, the famous “Daunian steles”, carved stone blocks dating back to the 6th century BC, found in the southern plain of Siponto, near Manfredonia, certainly stand out. They represent highly stylized male and female human figures and were stuck vertically in the ground, in correspondence with the burials of those they depicted.
The main Dauni centers were Casone (at today’s San Severo), Lucera, Merinum (Vieste), Monte Saraceno (near Mattinata), Siponto, Salapia (in the current countryside of Cerignola), Arpi (near Foggia), Aecae (near Troia), Vibinum (Bovino), Castelluccio dei Sauri, Ausculum (Ascoli Satriano), Ripalta (near Cerignola), Canosa, Melfi, Lavello and Venosa.
Other people were that of the Peuceti, who probably owed their name to Peucezio, brother of Enotrio and son of Licaone, in turn son of the legendary king Pelasgo.
This population was the first to arrive in southern Puglia from where it was pushed further north by local populations who, well organized, repelled that invasion. Thus was born in Peucezia, a large area that included the territory north of Egnazia up to Bari and beyond, and, to the west, up to Altamura and Gravina, on the border with the bellicose Lucanian populations. Bari was not a very important city in this area, especially when compared to the thriving cities of Canosa, Silvium (today’s Gravina in Puglia), Bitonto, Azetium (today’s Rutigliano), Norba and Trani.
The Peuceti were also dedicated to agriculture and distinguished themselves for the particular burial practice of the deceased: the inhumation of the body. The dead man was buried in a pit dug in the earth and covered by “mounds” or “specchie”, that is, by mounds of earth or stones, usually circular or oval in shape, built over the burial, which could be as individual as collective.