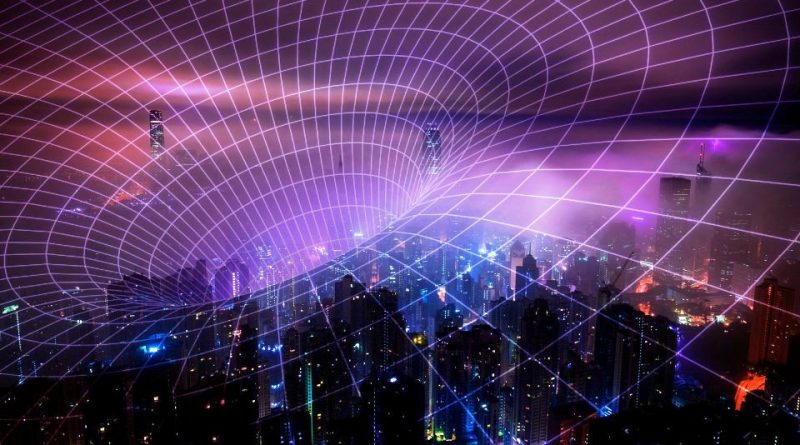 There are moments in history when time and events take on different speeds, rhythms and trends.
This is a time, borrowing the cosmological meaning of inflation.
A rapid acceleration of history, certainly linked to the effects of the Coronavirus COVID-19 pandemic, but inextricably linked to a socio-economic system strongly weakened by several decades of liberal policies.
The fragility of these policies manifested themselves in all their dimensions when the social and productive systems, far from resilient, were faced with the incredible limit of a globalization designed for large markets and the consequent exchanges commercial.
A fragility in which the distances between places of production and consumption, production models that are anything but sustainable, social systems that are anything but human, have manifested themselves in all their nakedness and illogicality.
However, beyond the immense human tragedy which, necessarily, has to rethink many health systems in entire countries, even those defined as “Evolved” is time for reflection but time for constructive reflection.
An ancient saying goes: useless to cry over spilled milk; it is useless to despair and complain after making mistakes that cannot be canceled and repaired, it is useless to mull over things that have now happened, tormenting oneself when it is practically too late.
We must think of reconstruction but not of reconstruction with the same categories of thought and with the same “development” models and here we have to borrow another maxim. This time the great A. Einstein comes to our rescue, with his phrase: “You cannot solve a problem with the same type of thought that you used to create it.”
Having clarified what the attitude and spirit that must project us towards this reconstruction must be, I reconnect to the acronym of the subtitle of this contribution.
Circular Objective Vector Important Development
Circular, like Circular Economy;
Objective, in the sense of its original Latin meaning; in fact the term is a word deriving from the Latin from the fusion of the two terms ob iactum: therefore, launched forward;
Vector, as vector, medium, system for reaching something;
Important, as a factor of great importance, which is appropriate or necessary to take into due consideration;
Development, a term that means development but clumsily used in capitalist liberalism and almost always unanchored by the renewable resources to achieve it.
I used an acronym, so dear to European policies to remark that without Europe we don’t go anywhere but also that with this Europe and with this western system, based only on the rules of liberalism without rules, out of human and ecological synchrony, there is a lot of history, also in terms of temporal projection.
But an acronym without substance can become an empty acronym, as has often happened with many European regulations and directives if we do not give this substance and functionality.
The substance is called “Exceptional Help”, useless making fun of us. If we want to rebuild this tormented planet and this tormented Europe, a unique intervention in the history of all economies is necessary: ​​a financial revenue and a tax system never thought of in this form and with these dimensions to date.
Here, however, history passes; we cannot afford aid without these being aimed at a phase 2 (since phase 1 was and must necessarily be a phase of support almost with eyes closed) of reconstruction.
It means that the financial revenue and tax breaks, which must be made by absolutely breaking the Stability Pact and the State Aid criterion, must go absolutely towards the implementation, within two years, of a Circular Economy system.
This means implementing a series of aid only to citizens, artisans, businesses and public structures that reconvert their production and service models, moving from systems based on Linear Economy to those based on Circular Economies.
However, let’s do some concrete examples.

1. The first objective must be to rebalance our ecological systems, both the natural ones (woods, naturalistic areas, reserves, etc.) and the agricultural and zootechnical ones with a large investment program (of which the next will also have to be interpreted) PSR) that focus on the recreation of habitats, the increase in wooded areas, also for production purposes, the conversion and creation of agro-ecological farms, also involving all those lands that are not cultivated today and prohibiting the use of pesticides and products of synthesis in these companies and dictating new rules of withdrawal from the borders to the companies that use them. Today it is the currency to combat and slow down the desertification and fragmentation of habitats which are one of the many factors for the spread of pandemics and social poverty.
2. This objective must be accompanied by that of a subsidy to the consumption or use of short-range raw materials. It is no longer possible to burn fossil fuels and in any case trivialize even virtuous production (such as organic) if we have to move these goods for thousands of kilometers, introducing greenhouse gases into the atmosphere.
3. Again in terms of Circular Economy, in these two years the total elimination of the production and use of plastics (which in some cases have a paradox, when for example we produce organically but we pack with plastics) and the maximum autonomy of small electric utilities for self-consumption (private citizens, farms, artisans, industries, public offices, etc.). to this must be added a conversion towards the production of renewable raw materials and processes related to renewables (wood, pharmaceutical plants, dye plants, biomass for company energy use, etc.).
4. Smart working, transport systems and models for family reunification. These are three strategic sectors not only for the economy of an economic system, which in order to function must leverage the use of fuels, travel times, family distances, but also to lighten an increasingly pressed social system and, for this, less efficient and less inclined to new social and work prospects.
5. Compulsory school, middle schools and universities. Unthinkable to continue in this direction. A country that wants to equip itself with a high Democracy must put at the center a school system of high efficiency and not with the model implemented by the European Union, where the parameter of student mortality and job opportunities (implemented with the old liberal model), put in place act in the aftermath of the Sorbonne Declaration of 25 May 1998, has triggered, in many cases, processes so negative as to produce effects on the devastating sector.
6. Research. Long-standing problem in which Public Research, the only one belonging to the Community, languishes in pathetic financing systems and research models still founded on Newtonian systems (non-systemic and of simple cause and effect) and still far from epistemological innovations related to quantum mechanics and systems.
7. Healthcare. Perhaps today there is little to add to a system of which Italy is perhaps not the last and in which the confusion, desired by many unscrupulous men, of which many politicians of the past, between the Public System and the Private System is definitely going eliminated. There is no doubt that emergencies such as those of COVID-19 and others that will arise, unfortunately, in the coming years cannot be addressed with this system, already weighed down by the effects of Lifestyles and power, poisoned, adulterated and little humans. A clear distinction is needed between what is the responsibility of public health and what can be delegated to private health. Without this distinction, the political debate will go only on the old liberal model (efficiency of spending when human life is at stake).
8. Finally the Bureaucracy. A machine that Jeremy Rifkin had already described in his 1980 book Entropia, near collapse and self-digestive. The load that has been placed on the citizens, even with the innumerable amount of self-certifications, declarations, documents, etc. often has only one matrix. The inability of over 50 years of the Politics to identify in the Executive and Judicial Powers the real systems of real democracy, today almost exclusively entrusted to a Legislative Power which alone, on the other hand, has complicated and complicated everyday things. Here we need investments but above all to get out of the political demagoguery that around the burden of the administrative burden, also linked to the issues on the mafias and delinquencies, has made it the object of political career for someone and disgust to be in a democratic system and rules for many citizens. A COVID-proof and Pandemic-proof country is also rebuilt on this.
Obviously the questions posed in this contribution are ideas on which to build large-scale projections. But if we put the dialectic on the clash and not on the proposals then the pandemic lesson taught us nothing. In this regard, it is worth mentioning the words of the Pontiff “We realized we were on the same boat, all fragile and disoriented, but at the same time important and necessary, all called to row together, all in need of comforting each other“.