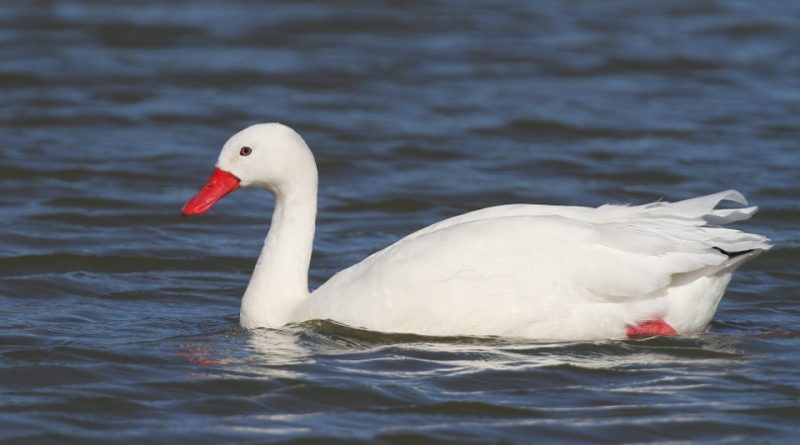 Geographical Distribution and Habitat –
The Swan coscoroba is a bird native to South America, it is widespread in the southernmost regions, such as Argentina and Chile.
This bird reproduces in South America from southern Chile and in central Argentina in the south to Tierra del Fuego and the Falkland Islands. In the winter, it flies from north to central Chile, northern Argentina, Uruguay and the southeastern tip of Brazil.
Its habitat is that of the proximity of lakes and streams rich in vegetation where it lives in marshes and well-vegetated lagoons, and where it feeds mainly on herbs and small aquatic plants, but also on mussels and fish. 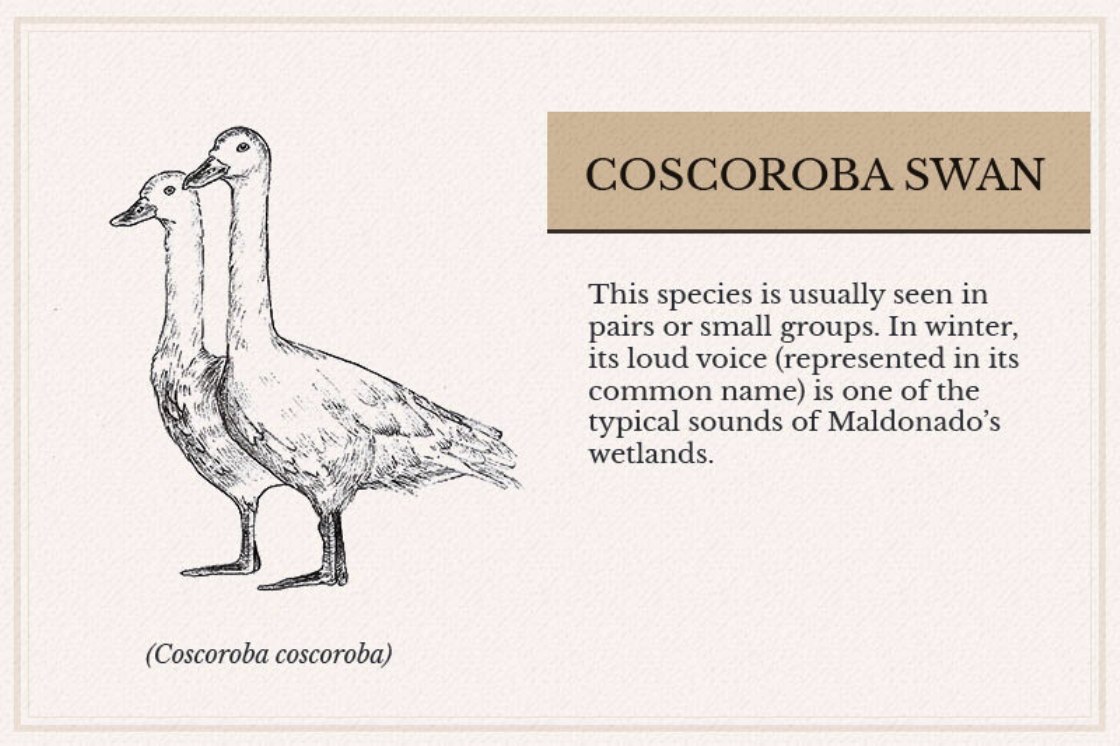 Description –
The Swan coscoroba is a large bird, with a length of 90-115 cm.
Males weigh from 3.8 to 5.4 kg and females from 3.2 to 4.5 kg. Sexual dimorphism is barely noticeable.
The wingspan ranges from 155 to 160 cm.
The plumage is white with the exception of the black tips of the six external primary feathers, although this black is often barely visible on the closed wing. In flight, the tips of the black wings are evident.
The bird also has a red beak legs and feet.
This swan also lacks the black mask that other swans have between their eyes and their beak.

Biology –
The Swan coscoroba is a monogoma species; in fact the male and the female remain together for the whole life. The male takes care of the construction of the nest, on the bank of a stream, using plant material and feathers.
The hatching of the eggs is up to the female while the male guards and aggressively helps protect beginners from predators after hatching.
The female gets up from the nest twice a day, covering it with the duvet so that it remains warm in her absence. Incubation lasts about 35 days. When the young are born, they have gray spots on the feathers. They will not fly until they are three or four months old.
The Coscoroba Swans live up to an age of about twenty years.

Ecological role –
The name “coscoroba” derives from the typical loud and ringing verse of this anatid.
This species feeds on various plant substances, small aquatic insects and small fish.
The habitat of this species is represented by lakes and lagoons that have high vegetation, preferring those that are freshwater, even if it has been seen to visit brackish waters. In Brazil it has also been seen on the beaches of the sea.
The Coscoroba coscoroba is a fairly sociable bird; lives and eats in couples or small groups that do not exceed 100 people.
Currently this species is considered to be of minor concern since it is quite widespread.
The population is estimated at 100,000 birds.