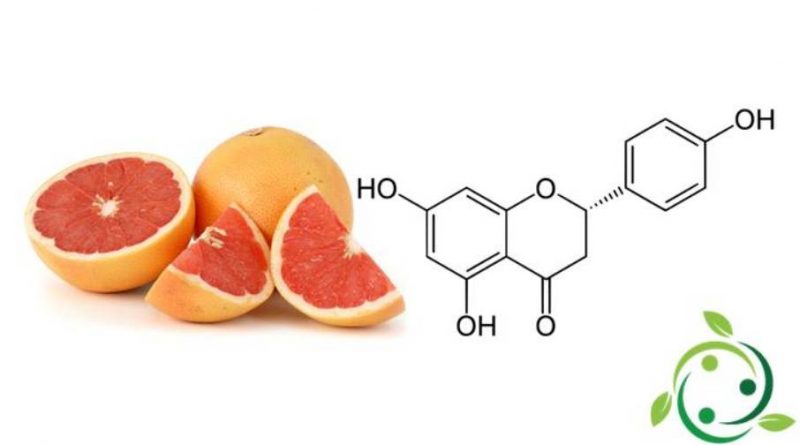 Naringenin, whose term in the official IUPAC nomenclature is: 5,7-dihydroxy-2- (4-hydroxyphenyl) chromoman-4-one, is a flavanone with brute or molecular formula: C15H12O5.
Naringenin contained in some vegetables and especially in citrus fruits and grapefruit.
Naringenin present in large quantities in grapefruit is also responsible for its characteristic aroma and flavor.
It is believed to have a bioactive effect on human health as an antioxidant, as a free radical scavenger, anti-inflammatory, and promoter of carbohydrate metabolism and modulator of the immune system.
A study conducted on animal models by the Canadian University of Western Ontario showed how this substance combats fats and reduces body weight.

Although this substance has been accused of causing dangerous interactions with different types of drugs – so in some cases it is not recommended to drink grapefruit juice – in the specific case it seems to have a role in inhibiting the conditions then associated with type 2 diabetes and cardiovascular disease.
According to the study in question, carried out on guinea pigs, the results obtained after the treatment period showed that naringenin corrected the levels of triglycerides and LDL cholesterol and prevented the development of an insulin resistance and normalized the glucose metabolism.
Other evidence has been the activity on the liver that has made it burn excess fat and prevented the development of obesity.
This bodes well for being able to experiment and validate its effectiveness on humans in order to produce new interventions and therapies to combat overweight, obesity and related diseases such as diabetes and cardiovascular diseases.