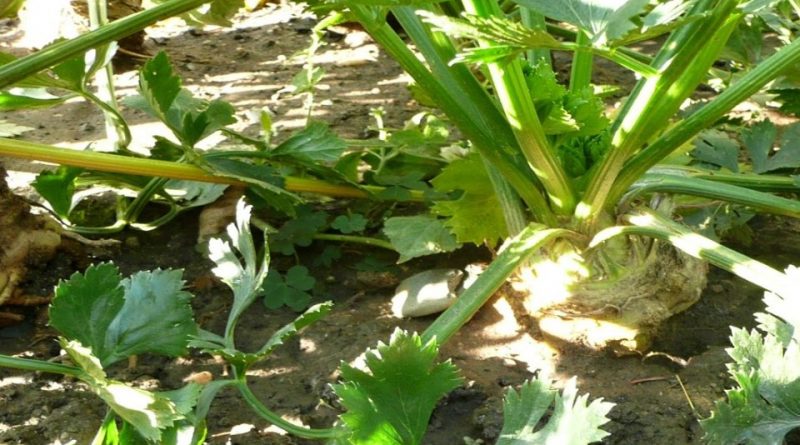 Systematic –
From a systematic point of view it belongs to the Eukaryota Domain, Kingdom Plantae, Magnoliophyta Division, Magnoliopsida Class, Apiales Order, Apiaceae Family and therefore to the Genus Apium, to the Species A. graveolens and to the Rapaceum Variety.

Etymology –
The term Apium comes from apios, the Latin name for celery.
The specific epithet graveolens comes from grávis greve, bothersome and óleo exhaling odor: which gives off an intense or unpleasant odor.
The name of the variety rapaceum, comes from rápa / rápum rapa in Columella & al. (from the Greek ρᾰπυς rápys, assonant with ρα ra, contraction of ῥίζα rhiza root, and from πούς pous foot), due to the presence of an enlargement at the base of the stem similar to that of a turnip. 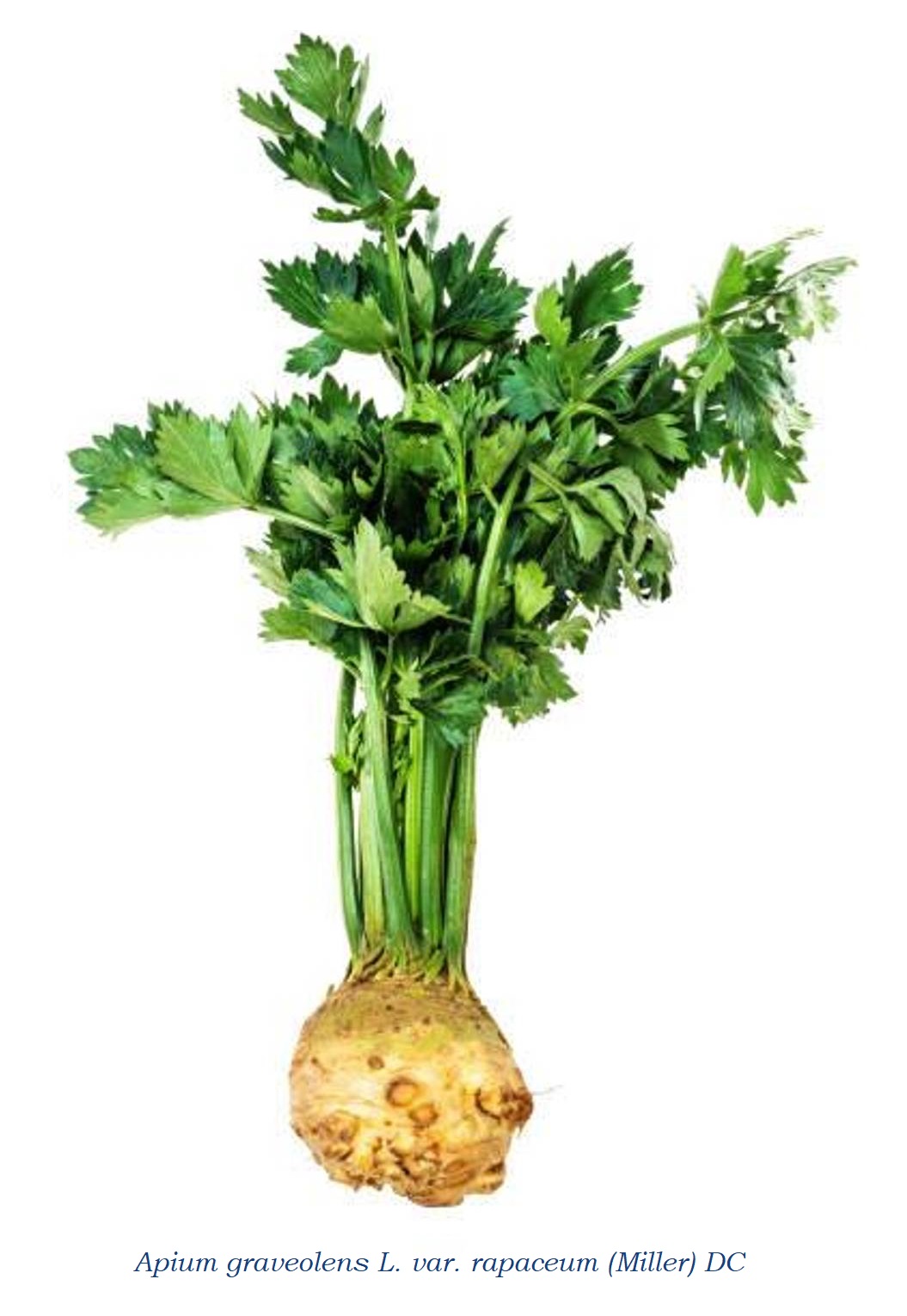 Description –
Celery root is characterized by the presence of a large brown root on the outside and white on the inside, with a globular and gnarled shape and from which small roots depart.
The leaves, on the other hand, are dark green and the stems are hollow inside, similar to common celery as well as flowers.

Cultivation –
Celery root is a vegetable grown in particular in Northern Italy (also known as celery from Verona) while in the south it is little known.
This plant has a two-year cycle and the collection takes place from the end of August and continues until December or in any case until the first frosts begin.
For its cultivation it needs more soft soils than common celery.
For the cultivation technique, see the following sheet.

Uses and Traditions –
Celery root is a variety of celery cultivated for its edible stem, for the bulbous hypocotyl and for the sprouts.
Celery root contains 23 Kcal per 100 g of product and is made up of a considerable amount of water (about 88%).
Celery root has a rather strong aroma, due to the presence of an essential oil, with a diuretic and purifying action.
In addition, celeriac root contains carbohydrates, proteins, fats, a lot of fiber and a good amount of antioxidant vitamins and minerals, such as iron, potassium and manganese.
Celery root has remineralizing properties, being rich in: selenium, calcium, iron, phosphorus, iodine, magnesium, manganese, potassium, copper, sodium.
It also contains vitamin A, B complex vitamins and vitamin C.
Among its properties, we also remember the tonic, expectorant and digestive action.
For this reason celeriac is recommended for people with digestive difficulties, in case of asthenia and after a recovery.
It is also worth knowing, however, that, due to the presence of some proteins, celeriac is a potentially allergenic food for those sensitive and predisposed to food allergies.
Celery root is a vegetable exploited more in the culinary than in the therapeutic field.
This plant finds its widest use in the kitchen in the preparation of salads, therefore it is consumed raw, where the properties of the essential oils of the plant help to cleanse the body of slag by promoting diuresis.

Method of Preparation –
For the use of this vegetable it is recommended to buy it when it reaches a weight ranging from 600 to 700 grams: this represents the ideal weight that reflects the quality of the product.
In fact, celeriac is harvested when its hypocotyl has a diameter of 10 to 14 cm. However, a growing trend (especially in South American cuisine, particularly Peruvian) is to use immature vegetables, appreciated for its intensity of flavor and tenderness in general.
The shelf life of celeriac is about 6-8 months if stored between 0 ° C and 5 ° C and not left to dry. However, it tends to rot in the center if the thinner stems surrounding the base are left attached. If celeriac is not fresh, its center is empty, although there may be a small medial cavity as soon as it is harvested. The freshness of this vegetable is also perceived by the taste; the older it is, the more imperceptible the celery flavor.
Celery root is edible raw or cooked and has a flavor similar to the stalks of common celery cultivars. Celery root can be roasted, stewed or blanched and can be mashed. Sliced ​​celery root is used as an ingredient in soups, casseroles and other savory dishes. The leaves and stems of the vegetables are quite tasty, aesthetically delicate and vibrant, which has led to their use as a side dish in refined contemporary cuisine.
In addition to the uses for the preparation of salads, and therefore raw, it can also represent a healthy side dish if cooked in the oven au gratin, in a pan with breadcrumbs or added to soups and soups.