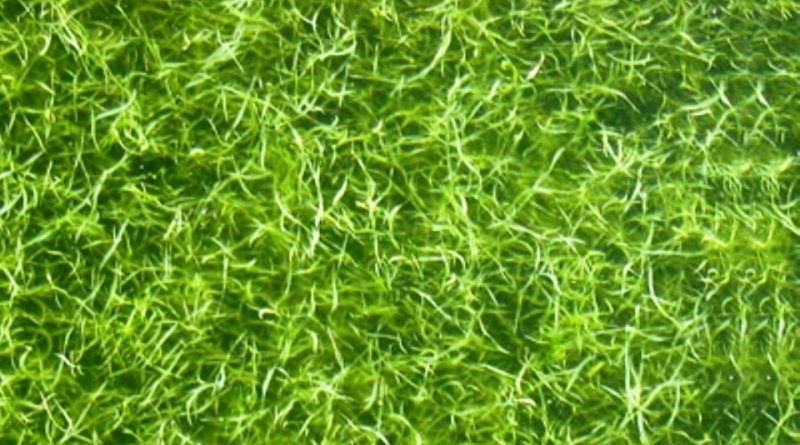 Systematic –
From a systematic point of view it belongs to the Bacteria Domain, Phylum Cyanobacteria, Class Cyanophyceae, Order Nostocales, Family Aphanizomenonaceae and therefore to the Genus Aphanizomenon and to the Species A. flos-aquae.

Etymology –
The term Aphanizomenon comes from the union of aphanizo, which literally means “make it disappear” and therefore “make it invisible or unrecognizable” and from the Greek Μένων (Ménon), to bring.
The specific epithet flos-aquae derives from flōs, in turn from the proto-Indo-European, flower and from aquae, acuqa, therefore water flower.

Geographical Distribution and Habitat –
The Aganizomenon flos-aquae is a species of blue green micro algae that live in brackish and sweet waters around the world, including the Great Lakes and the Baltic Sea and has been reported, among other things, in Canada, Germany and China .
These grow in habitats with the presence, in addition to water, of a high load of nutrients, historical or recently formed, where they can form dense aggregates. 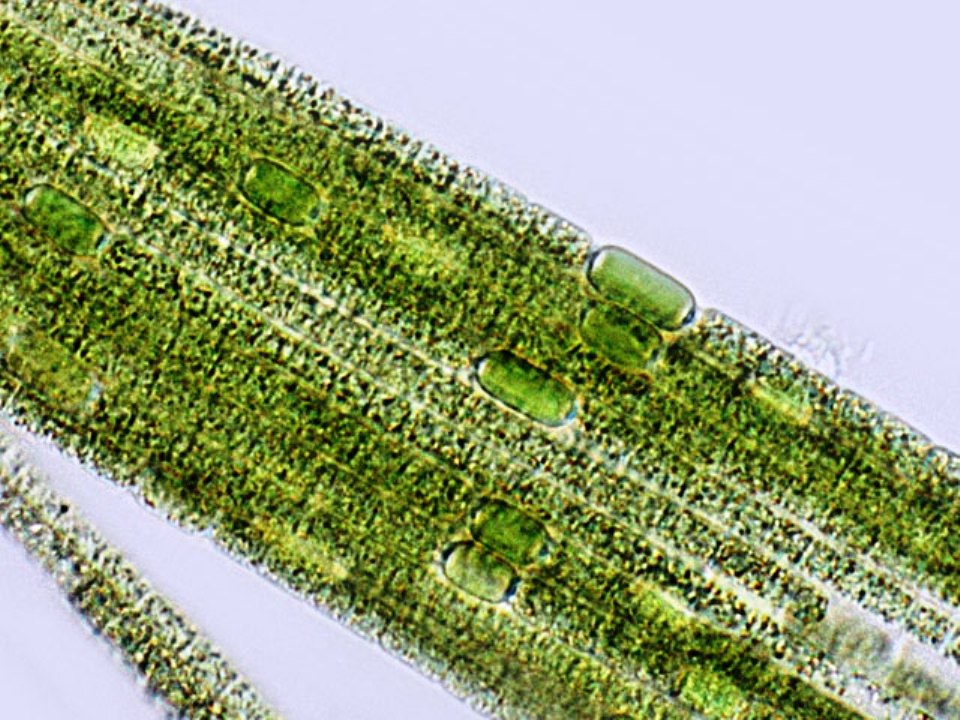 Description –
The Aganizomenon flos-aquae is a species of cyanobacteria that usually form blooms in stagnant bodies of fresh water all over the world, but sometimes also brackish, causing blooms, which can be dangerous even for humans due to the presence of neuroendotoxins .

Cultivation –
These cyan bacteria, also known as Klamath algae, proliferate especially in the presence of waters with eutrophication due to waste substances rich in nitrogenous substances or other nutrients.

Uses and Traditions –
The Amanizomenon flos-aquae procures BMAA, a neurotoxic amino acid implicated in ALS / Parkinsonism syndrome.
The Amanizomenon flos-aquae is known for the production of endotoxins, the toxic chemicals released when cells die. Once released and ingested, these toxins can damage liver and nerve tissues in mammals. In areas where water quality is not strictly monitored, the World Health Organization has evaluated toxic algae as a health risk, citing the production of anatoxin-a, saxitoxins and cylindrospermopsin.
Some dogs have been reported to have fallen ill or had fatal reactions after swimming in rivers and lakes containing toxic A. flos-aquae.
Food supplements containing blue-green microalgae, mainly belonging to the Aphanizomenon flos-aquae species, are marketed under the generic term “Klamath Seaweed”; the term Klamath is a clear reference to the origin of these algae, grown in the waters of the lake of the same name – Upper Klamath Lake – in Oregon (United States), then pulverized and dried before being placed on the market.
In case of need, food supplementation with Klamath Seaweed can be useful for making significant quantities of minerals, antioxidants and vitamins, useful for filling specific deficiencies or meeting an increased need. The concentration of important macronutrients is also good, such as essential amino acids and alpha linolenic acid (omega three).
In any case, given the possible toxicity of Aphanizomenon flos-aquae and the lack of sufficient scientific data, some researchers have warned against the consumption of products, based on these cyan bacteria, as medicines against diseases such as deficiency disorder. of attention and hyperactivity.
A Canadian study investigating the effect of A. flos-aquae on the immune and endocrine systems, as well as on the general physiology of the blood, found that taking preparations for these cyan bacteria abse had a profound effect on natural killer cells (NKC ). A. flos-aquae triggers the movement of 40% of the circulating NKCs from blood to tissues.

Method of Preparation –
The preparations based on these cyan bacteria, beyond the safety of their use, are of pharmaceutical origin or of specialized houses.