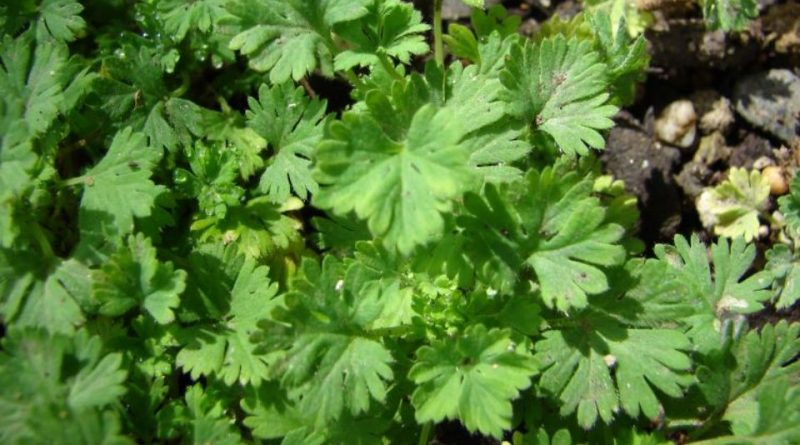 Parsley-piert (Aphanes arvensis L.) is a herbaceous species belonging to the Rosaceae family.

Systematic –
From a systematic point of view, it belongs to the Eukaryota Domain, Kingdom Plantae, Subregion Tracheobionta, Superdivision Spermatophyta, Division Magnoliophyta, Class Magnoliopsida, Subclass Rosidae, Order Rosales, Family Rosaceae and therefore to the Genus Aphanes and to the Species A. arvensis.
The term is synonymous:
– Alchemilla arvensis Scop ..

Etymology –
The term Aphanes comes from the Greek ἀφᾰνής aphanés (from the prefix privative α- a- and from the theme of φαίνω phaíno appear) invisible, inconspicuous: as indeed are the flowers of this small rosacea.
The specific epithet arvensis comes from arvum campo, arative soil, therefore of the arative, in reference to the growth environment.

Geographical Distribution and Habitat –
Parsley-piert is a plant found in almost all areas of the world. In Europe it is present on a large part of the territory, including Great Britain and in the east up to Iran.
Its habitat is that of arable land, on bare soils, on paths, preferably on dry or chalky soils, where it grows up to 1300 m. s.l.m .. 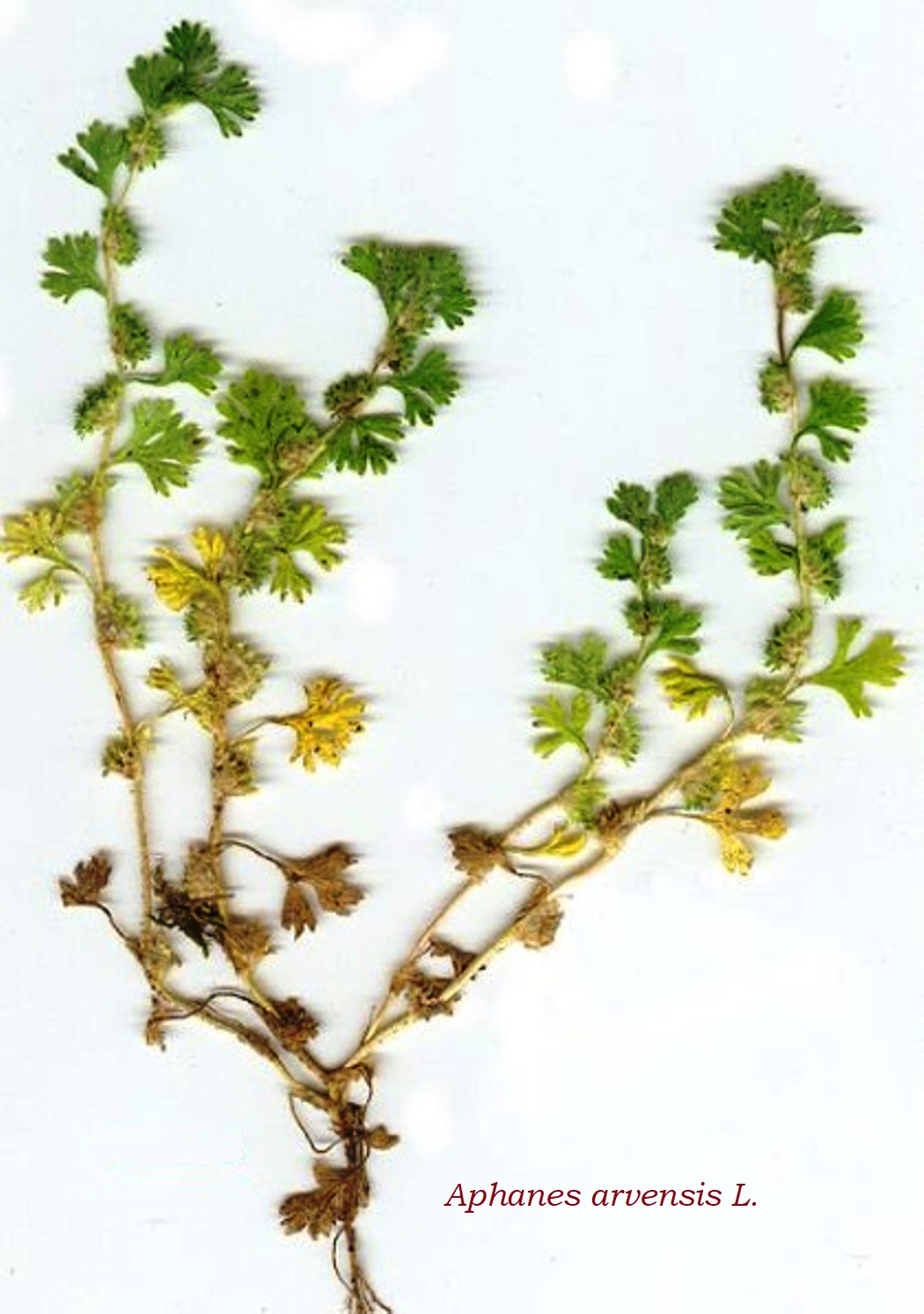 Description –
Aphanes arvensis is a herbaceous plant that grows between 2 and 20 cm in height, with a taproot root.
The stem is short, delicate, creeping-ascending with appressed hair.
The leaves are palmate, 2-fold trifurcated lamina with a triangular outline (1-2 cm), with lacinias of about 1 mm wide; cilia appressate; triangular stipules much shorter than the leaf pedicel.
The hermaphrodite flowers are minute, less than 2 mm, greenish in color, gathered in dense clusters, surrounded by cups formed by foliar stipules; there are 4 sepals, but without petals; usually stamens one.
The flowering period is from April to October, also according to the latitude and altitude in which it grows.
The fruit is a 1-2 mm nucula.

Uses and Traditions –
Once it was thought that Aphanes arvensis, as for saxifrage, was able to pierce the stones; for this reason it was also thought that a medicine based on this plant would crush the stones in the bladder and kidneys.
It was once used for intestinal ailments.
However, the plant has medicinal properties and can be used as an astringent, diuretic, soothing, coolant.
In addition, the 17th-century herbalist, Nicholas Culpeper, recommends the use of this plant for salads, although it may be difficult to collect sufficient quantities of such a small plant for a reasonable meal.
Always the same herbalist advised to eat it as a pickle in addition to other vegetables.

Method of Preparation –
Parsley-piert can be used for both food and therapeutic uses using soft leaves.