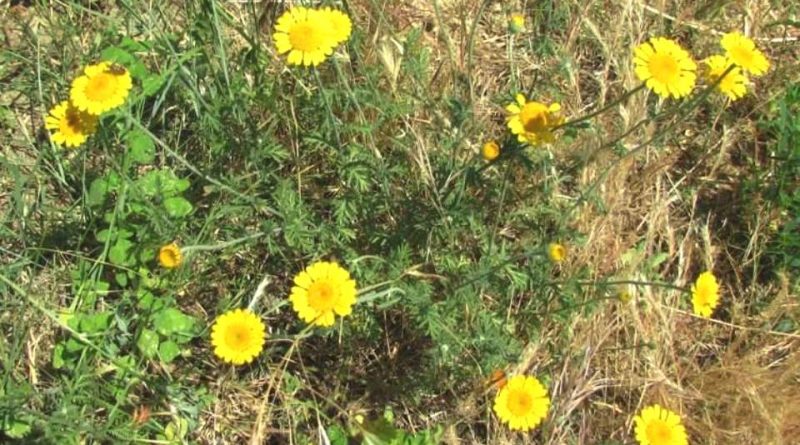 The golden marguerite (Cota tinctoria (L.) J.Gay, 1845) is a herbaceous species belonging to the Asteraceae family.

Etymology –
The term Cota comes from the Greek κοτΰλη cotýle cavity, bowl, cup: for the sessile amplessicauli leaves forming a cavity at the base.
The specific epithet tinctoria comes from tíngo tinto: used to dye fabrics.

Geographical Distribution and Habitat –
Golden marguerite is a plant spread over a wide range that extends from Europe, through the Mediterranean basin, from France, to Ukraine and continuing to western Asia; it was also introduced and naturalized in several locations in North America.
On the Italian territory it is quite common, where it grows on uncultivated limestone soils up to an altitude of 1500 meters, although it is rarer in the larger islands (Sicily and Sardinia). 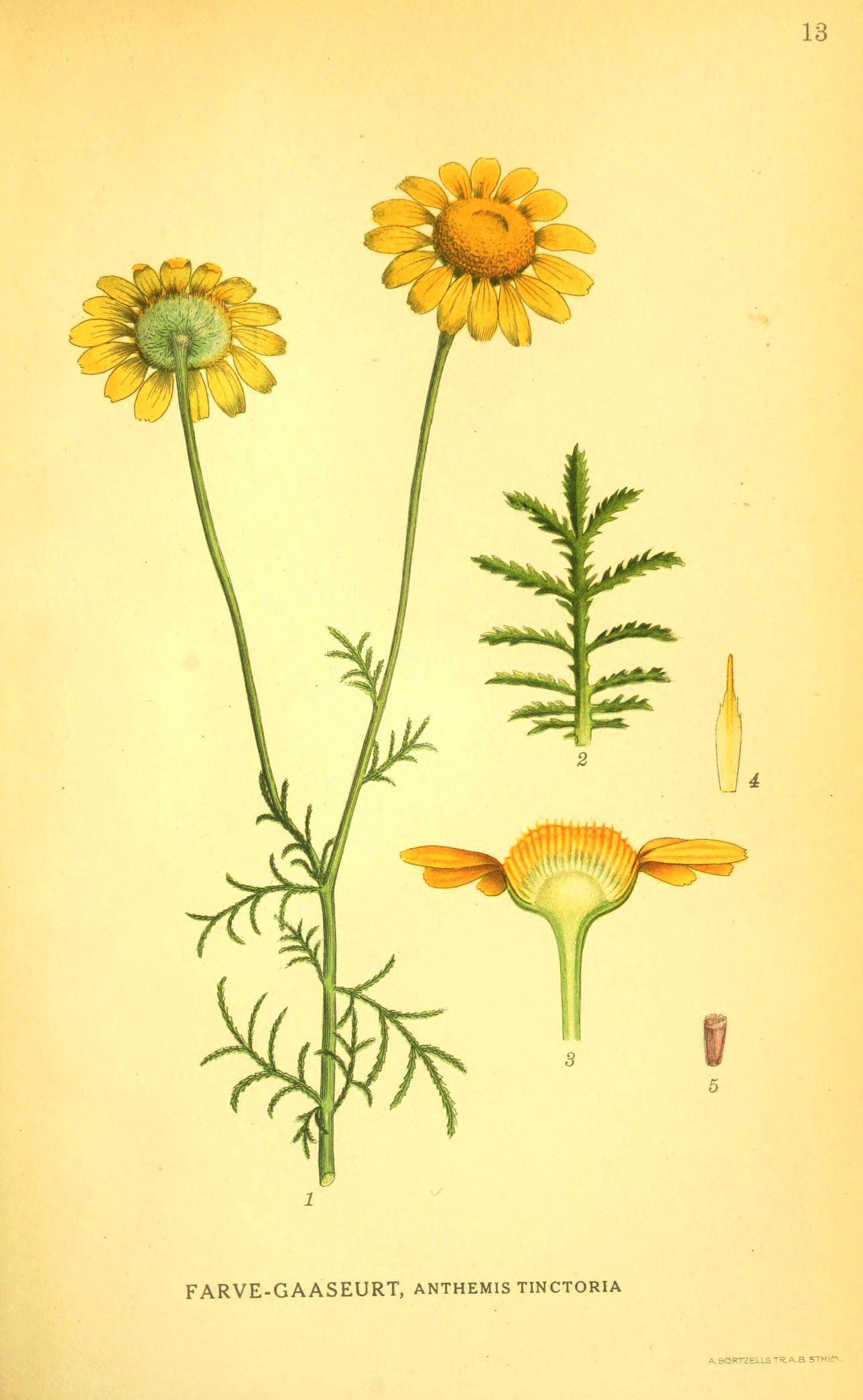 Description –
Cota tinctoria is an evergreen perennial herbaceous plant with erect stems 20-50 cm tall.
The leaves are pinnate and hairy.
The inflorescence is a hemispherical flower head, with yellow-rimmed radial flowers and tubular disc flowers.
The antesis is between June and September.
The fruits are 15-2.2 achenes (cipsele) surmounted by a membranous ring the size of 1/4 of the fruit.

Cultivation –
Golden marguerite is a plant that prefers normal, light, well-drained soil as a sunny exposure.
It can be grown from seed with completely similar techniques such as chamomile or similar plants.

Uses and Traditions –
The inflorescence of this plant, which contains two flavonic derivatives, luteolin and apigenin, was once used in the textile industry to produce a bright yellow tint, used to dye fabrics.
Cota tinctoria, more commonly known as chamomile of dyes or Paris daisy although it is a typical plant of Mediterranean Europe whose use, even in the past, was always quite modest; in fact, to extract the yellow color, other plants were preferred (e.g. the reseda luteola). On the contrary, the pigment extracted from Cota tinctoria was widely used in North America, Great Britain, Turkey and even India.
Even today in Turkey and India its pigment is used to dye the wool used for the production of handmade rugs.
The Cota tinctoria as well as for the dyeing properties is also known for its calming and anti-inflammatory properties, it is also often used to prepare lightening solutions for hair, hence the common name “chamomile” of dyers.
In France some stamps were issued which recall its dyeing properties.
Furthermore, from an ecological point of view, it is a plant visited by bees for pollen and nectar.

Method of Preparation –
Of this plant both flowers, buds and roots are used.
It can be used in the same way as chamomile to prepare calming herbal teas and anti-inflammatory solutions.