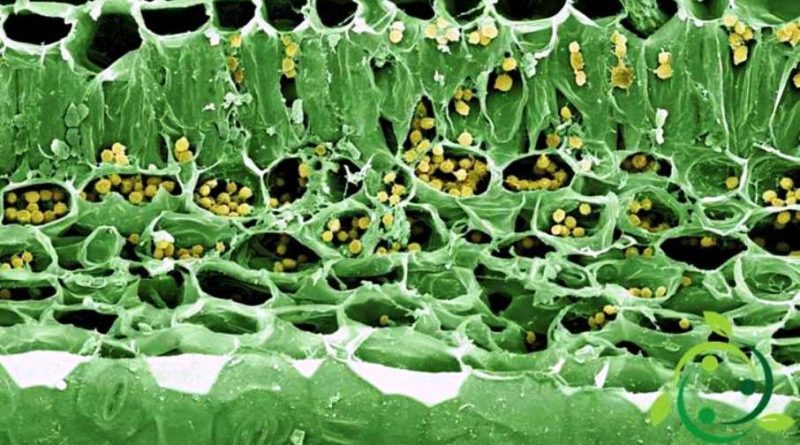 Amyloplasts are cellular organelles with a reserve function, containing both single and multiple starch granules.
These organelles are found in plant tissues used for the accumulation of glucose reserves. In addition to the reserve function, the amyloplasts supervise the synthesis and degradation of starch through specific enzymes located at the level of the external membrane.
However, amyloplasts have another important function which is that of perceiving gravity; in fact when a seed sprouts it is able to understand thanks to the amyloplasts where the top and bottom is located and is thus able to order the roots towards the ground and the aerial part towards the top.

Amyloplasts are highly developed in the potato tuber. In addition, amyloplasts seem to be the result of cell degenerative processes, in fact their number increases with the aging of the latter.
In amyloplasts the starch granules take different forms according to which plant species they are found. These can be so spheroidal, ovoid, shell, rod, single or complex.
In some granules there are a succession of stratifications with respect to the training center which is called “ilo”.