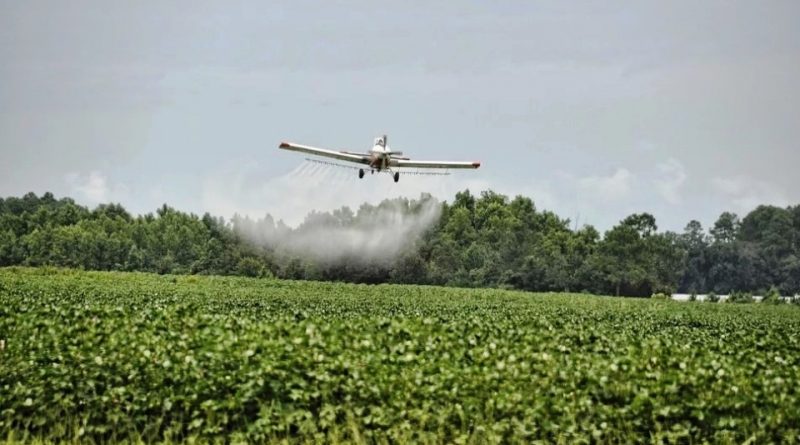 Biocides – a theft from Nature

Biocides are those products that perform a lethal function towards the organisms against which they are used, being real poisons, the most correct wording should be that of pesticides and not of pesticides.
It was above all the so-called industrial agriculture that required an increasing use of these substances. This led to the specialization of crops, the new hybrid varieties, the race to increase yields with the use of synthetic fertilizers. All this has triggered an ecological drift that is difficult to recover.
The use of biocides, born to help agriculture, is dragging the ecosystem and humanity into a very dangerous spiral from which it is difficult to go back. Insects, birds, mammals, soil microorganisms, and so on, with each passing day, are increasingly at risk. A problem of such vast dimensions that financial crises only make us smile.
Biocides, designed to solve some production problems, often guaranteeing the income of individual farmers, at the ecosystem and planetary level, are triggering an unprecedented impoverishment of biodiversity and soil fertility.
The costs we are paying are far greater than the benefits for agricultural yields, contaminating and polluting soil, water and air. From the highest peaks to the seabed, transported and conveyed, biocides are now everywhere, even where they should not be.
We breathe them, we take them with the water we drink, with food, with obvious consequences on our health. It is estimated that health costs in the coming years will lead to the collapse of public spending and the impoverishment of the ever-increasing poor.
And the data is worse than our considerations. A recent Greenpeace report, which reports a scientific investigation carried out over 5 years in Germany, revealed that in 60% of the aquifers sampled (2,280 aquifers), traces of pesticides or their metabolites were detected, while in Holland, in 2013, 65% of surface water samples contained 30 or more insecticides.

Let’s see what happens in Italy. According to ISPRA data, in 2012, 175 different chemicals were found in the waters of our country, a higher number than in previous years. In surface waters, pesticides were found in 56.9% of the 1,355 controlled points while in groundwater 31% of the 2,145 points examined were contaminated.
To whom do we give responsibility for all this? Well, in 2011 76% of pesticide sales worldwide were only 6 companies, which obviously have every interest in maintaining this agricultural system.
Let’s now see the data relating to the state of health of the world population. According to the 2018 Earth Change Report, published by Federbio in collaboration with Isde-Medici for the environment, Legambiente, Lipu, WWF and a panel of experts, today there are twenty-six million cases of poisoning per year worldwide, i.e. over 71 thousand a day (which is as much as the inhabitants of an average Italian city).
In light of these alarming data, in a recent document, the FAO had to affirm that the model of the so-called green revolution (industrialization of agriculture plus synthetic chemicals) can not only be considered exhausted, for all the now known consequences, but that must be in a very short time go towards an agroecological model.
Finally, the costs associated with soil degradation. According to the study “Land Degradation and Restoration Assessment” published by Ipbes, which is a platform launched in 2012 by UNEP, on a global level, the degradation of the soil, caused by human activities, costs more than 10% of the total annual gross product overall and has negative impacts on the well-being of 3.2 billion people, especially in the poorest countries.
Among other things, the report warns that in just over three decades, about 4 billion people will live in arid areas and at that point, soil degradation is likely to be accompanied by problems closely related to climate change, forcing about 700 to emigrate million of people.