The Eurasian whimbrel (Numenius phaeopus, Linnaeus 1758) is a bird belonging to the Scolopacidae family.

Geographical Distribution and Habitat –
The Eurasian whimbrel has a cosmopolitan distribution area, with the exception of the desert areas and of Paraguay, Uruguay and Laos.
In Italy this bird is a regular migrant, with infrequent cases of summer in the lagoon areas. 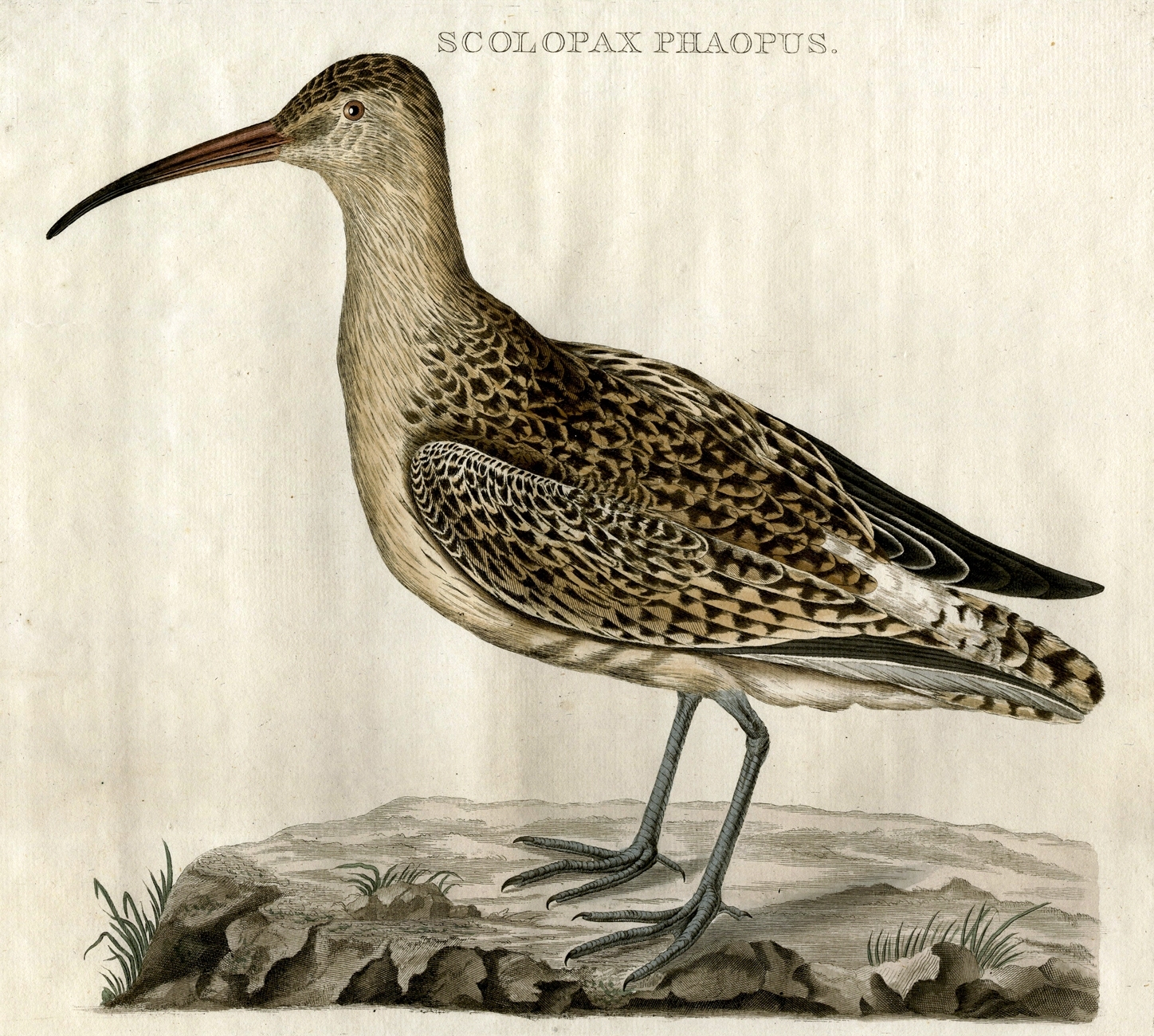 Description –
The Numenius phaeopus is a bird 43-50 cm long, with a wingspan of 68-85 cm.
It is a species with minimal sexual dimorphism that presents the upper parts, head, neck and chest of brown color with blackish and light brown streaks.
Above the eye there is an evident clear eyebrow that contrasts with a blackish streak that goes from the beak to the auricular area passing through the eye.
The abdomen is lighter in color and dark brown streaked.
The beak is not very long and curved downwards and has a blackish color with an area tending to orange pink in the lower part and close to the head.
The legs are blue.
Juveniles are similar to adults but have a slightly shorter and less curved beak.
In flight it is recognized as the wings are of the same color as the body but darker at the ends and without bands while the white rump is evident which fades towards the tail of the same color as the upper parts of the body.
His call is a whistling sound trill consisting of a series of 7-8 whistles which are emitted in rapid succession, especially in flight.

Biology –
Numenius phaeopus builds a nest stuffed with little dry grass; this is built by the female in a depression in the ground.
The female lays 3-4 eggs, olive brown and speckled with dark, which are incubated by both parents.
The young are born after 27-28 days.
It is a species that breeds only once a year.

Ecological role –
The Eurasian whimbrel has different habits depending on the season. During the summer season it lives in the humid moors, while during the winter we find it in the brackish lagoons, along the coasts and mouths of the rivers.
It feeds mostly on aquatic invertebrates, especially crabs and other crustaceans.
This species, due to its vast range of presence, does not come close to the vulnerability thresholds, even if the population trend seems to decrease.
Indeed, it has an extremely large population. For these reasons, the species is currently evaluated with minimal concern.