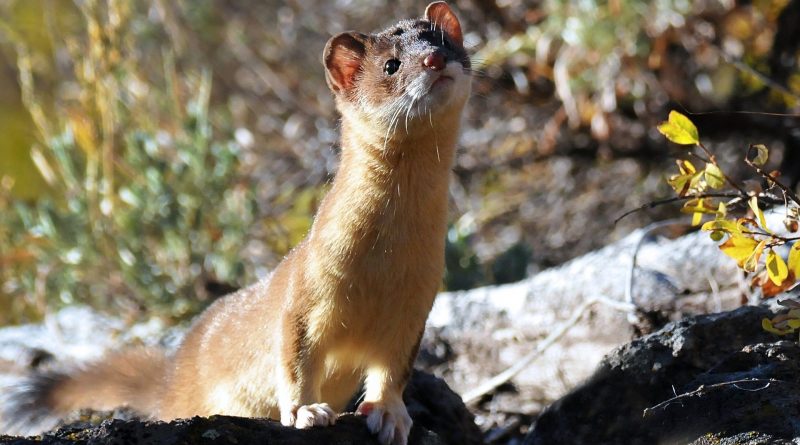 The Weasel (Mustela nivalis Linnaeus, 1758) is a mammal belonging to the Mustelidae family.

Systematic –
From a systematic point of view it belongs to the Eukaryota Domain, Animalia Kingdom, Phylum Chordata, Mammalia Class, Carnivorous Order, Mustelidae Family and therefore to the Mustela Genus and to the M. nivalis Species.

Geographical Distribution and Habitat –
The Weasel is a very widespread species in a wide range that includes Europe, Asia, North America and Africa.
In Italy it is practically present on the whole peninsula, with the exception of the smaller islands and would seem to be present in three subspecies whose subdivision has not yet been fully ascertained.
According to this division, the Mustela nivalis nivalis (Linnaeus, 1776), the Mustela nivalis boccamela (Bechstein, 1800), and the Mustela nivalis vulgaris (Erxleben, 1777) would still be present. According to other authors, the species is divided into the subspecies Mustela nivalis minuta, present in the continental area, and the Mustela nivalis boccamela, widespread in the Mediterranean and present in southern and central Italy and the islands.
Its habitat is somewhat varied as it can live in plains, mountains, rocky areas, woods, crops, bushes and ruins, provided that water is present, with an area that extends from sea level up to over 2000 meters. 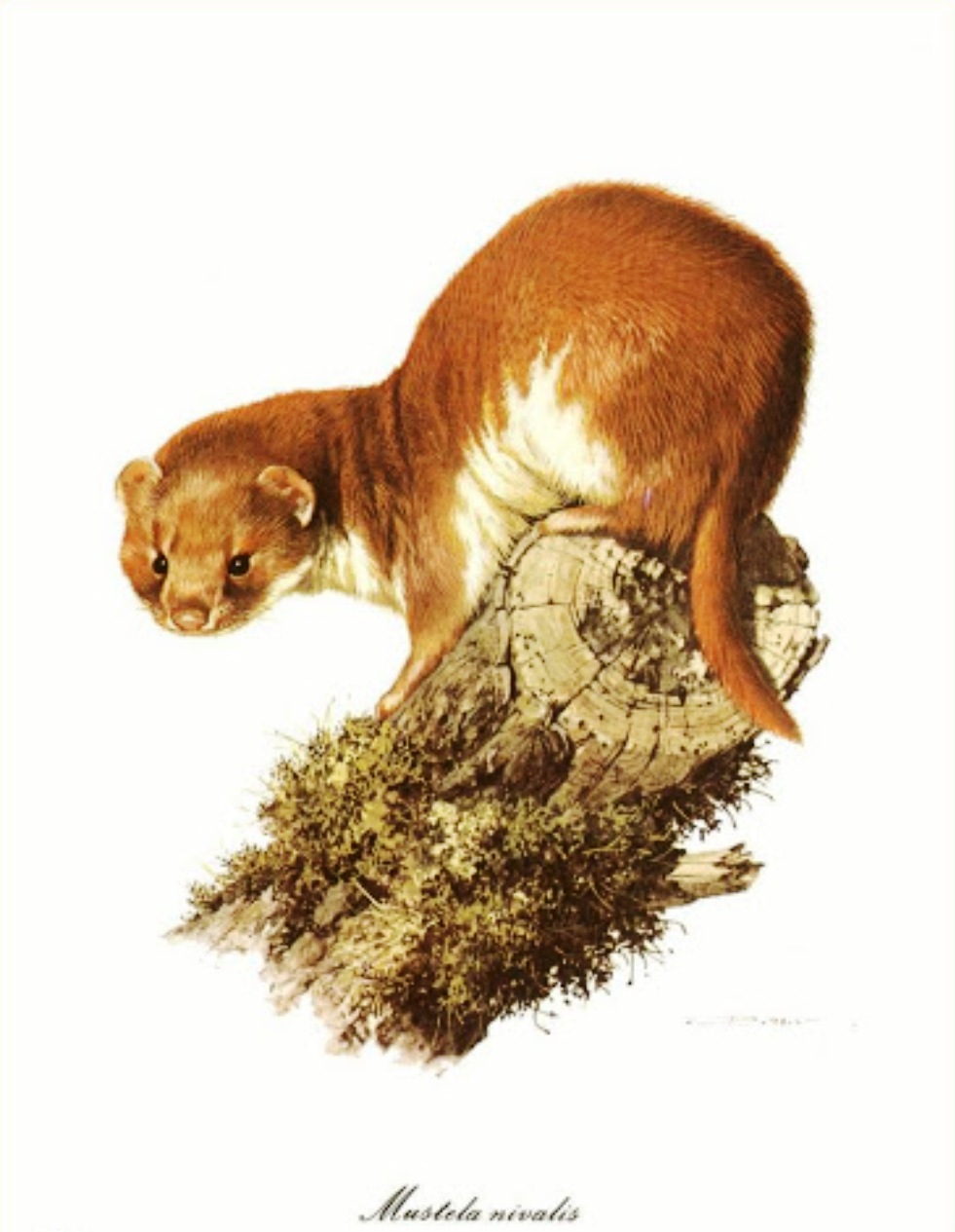 Description –
The Weasel is a small slender mammal with a length between head and body of 11-31.5 cm and a tail of 3-12.5 cm.
There is a visible sexual dimorphism with males significantly larger and heavier than females; males weigh an average of 40 to 200 grams and females 28-110 grams.
It has a brown back, head and tail while the ventral part is yellowish white. In mountain or very cold areas, in winter, the coat can become completely white. This is soft, with hair less than 9mm long and with the soles of the feet which are covered with fur in the winter and bare in the summer.
the legs are short, the nails sharp and the ears wide.
To distinguish the weasel from the ermine, the latter has a black spot on the tip of the tail that is absent in the former.
In addition, this mammal is recognized in that the normal gait is in leaps, thus releasing the rear footprints in front of the front ones.

Biology –
Mustela nivalis reaches sexual maturity around 9 months, but it can also be anticipated, and the mating period occurs between March and April.
Males live separate from females except in the mating period.
This mammal builds a nest in woodpiles, or in hollow trunks, which is usually stuffed with straw, hair of captured prey, vegetable substances etc.
Before the birth of the offspring, the female stocks up on food that she puts in the den.
The gestation period lasts 34-37 days and the offspring vary from 2 to 7. The first birth can already take place in April.
At birth the babies are completely blind and naked and the weight is around 2 grams, the complete fur begins to appear at about 21 days. The opening of the eyes takes place around the 28th day and they begin to feed on meat when they are 4-7 weeks old while maintaining breastfeeding up to 12 weeks.
In favorable climate and habitat conditions, the Weasel can have two annual parts.
The average life of this mammal is around 3 years in nature, which can reach 10 years in captivity.

Ecological role –
The Weasel has solitary habits, which go from late afternoon to night, especially when hunting, even if it is active also during the day; moreover, this mammal is capable of swimming and climbing.
This small mammal, in the same way as the Ermine, preys and often kills animals larger than itself, such as Hares, Rabbits, Birds, etc. and does not disdain Mice, Rats, Amphibians and Reptiles anyway.
Donnola has a rather large hunting area, which can reach 60,000 – 70,000 square meters, which it defends assiduously against their fellowmen with sometimes fatal fights.
This small mammal, both male and female, during the mating period, defends the territory by attacking anyone who endangers the life of puppies, including man; for this reason, despite its small size, it is considered as one of the most bloody species; attaches its victims to the nape of the neck, or to the throat, allowing itself to be dragged until death occurs. However, Donnola has premolars not capable of carving.
The presence of the weasels and their density in the territory are linked, in addition to the nature of the habitat, mainly to the density of rodents that represent 60% of its prey, while the remaining part is made up of small wild rabbits and birds.
The main threats to the Weasel are represented by illegal killings, in areas affected by hunting and the reproduction of game, since it is believed to destroy birds’ nests and broods. conservation measures include a protected species listed in Appendix III of the Bern Convention.