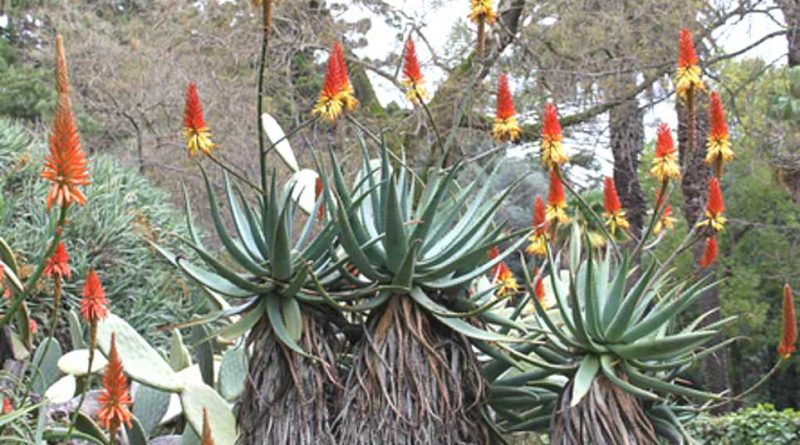 Systematic –
From a systematic point of view, it belongs to the Eukaryota Domain, Plantae Kingdom, Magnoliophyta Division, Liliopsida Class, Liliales Order, Aloeaceae Family and therefore to the Genus Aloe and the Species A. africana.

Etymology –
The term Aloe comes from aloe in Pliny (perhaps from the Greek ἅλς, ἁλός háls, halós mare, salt or, more likely, from the Arabic aluat cosa amara, for the bitter juice).
The specific African epithet as coming from or of African origin, from Africa.

Geographical Distribution and Habitat –
Aloe Africana is a plant native to the Eastern Cape Province, South Africa, where its distribution is centered in the area around Port Elizabeth and Uitenhage.
Its habitat is that of hilly or lowland areas, where it grows in dense vegetation, but it is a plant that adapts to various climatic and pedological conditions and with rainfall ranging between 600 and 700 mm per year.
It often grows in association with Aloe ferox, Aloe pluridens and Aloe speciosa and the formation of hybrids with these species is not uncommon. 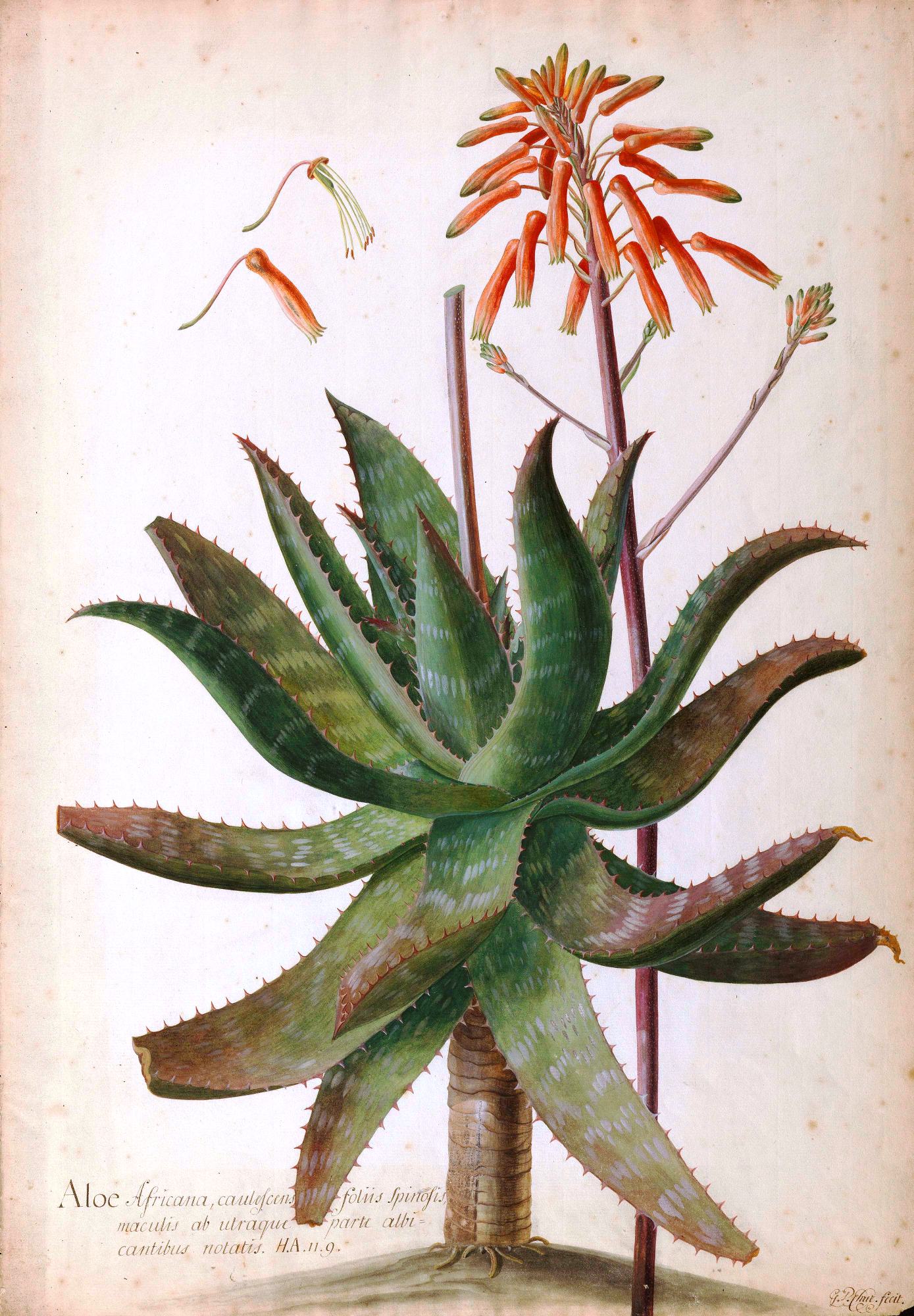 Description –
Aloe Africana is recognized for the thin leaves that form more disordered rosettes than other Aloe species. The leaves have a more curved shape and are arranged in a dense apical rosette and have an elongated, lanceolate shape, with a gray-green surface; the margins and the underside of each leaf are equipped with small reddish teeth, which is however a common feature in the Aloe genus.
Among the distinctive characteristics of this species we mention the yellow-orange flowers that have an angle of almost 90 degrees, in the form of large, tall and tapered racemes up to a certain point.
The plant grows slowly and blooms when it is four to five years old. The flowering period runs from winter to early spring (from July to September in South Africa).

Cultivation –
Aloe Africana, like other Aloes, grows well in sunny areas and soils that tend to be loose and well drained.
The climate must however be moderate, hot and humid during the summers and without frosts in the winter.
From a rainfall point of view, the optimal rainfall is between 600 and 700 mm throughout the year.
It can be grown for rock gardens where it can be placed as a main plant around which to grow other succulents. It is important to keep it away from people passages to avoid, with its thorns, ruining clothes or damaging the skin of those who pass by.

Uses and Traditions –
Aloe Africana is a plant that was first described in 1768 by the Scottish botanist Philip Miller, who was also the chief gardener of Chelsea Physic Garden. It was grown in Europe before other Aloe species were described and even before Linnaeus established the binominal classification system currently in use. The specific epithet that Miller gave him is simply in reference to his African origins.
Today this plant is widely used in South African folk medicine as a curative.
Inside its leaves there is a gel that can also be used as an equivalent of that contained in Aloe vera, given the similar substances, that is, as a skin soothing in case of wounds, burns or grazes.
Among other features, it should be remembered that its flowers are visited and pollinated by bees and hummingbirds.

Method of Preparation –
African Aloe is used and used in the same ways and with the same uses as Aloe vera or other Aole.