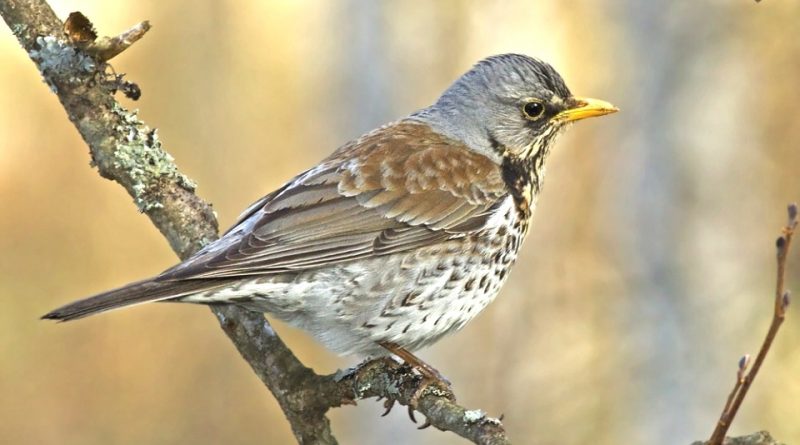 Fieldfare (Turdus pilaris Linnaeus, 1758) is a bird belonging to the Turdidae family.

Geographical Distribution and Habitat –
Turdus pilaris is a species present as a breeder throughout north-eastern Europe, with a distribution from the Arctic tundra to the Urals.
It is a migratory species that winters in southern Europe, Italy and Mediterranean Africa. In Italy there are several couples in the Alps, however they migrate to warm countries for the winter, including North Africa.
Its preferential habitat is that of sparse areas, not rich in trees, at the edge of the woods. 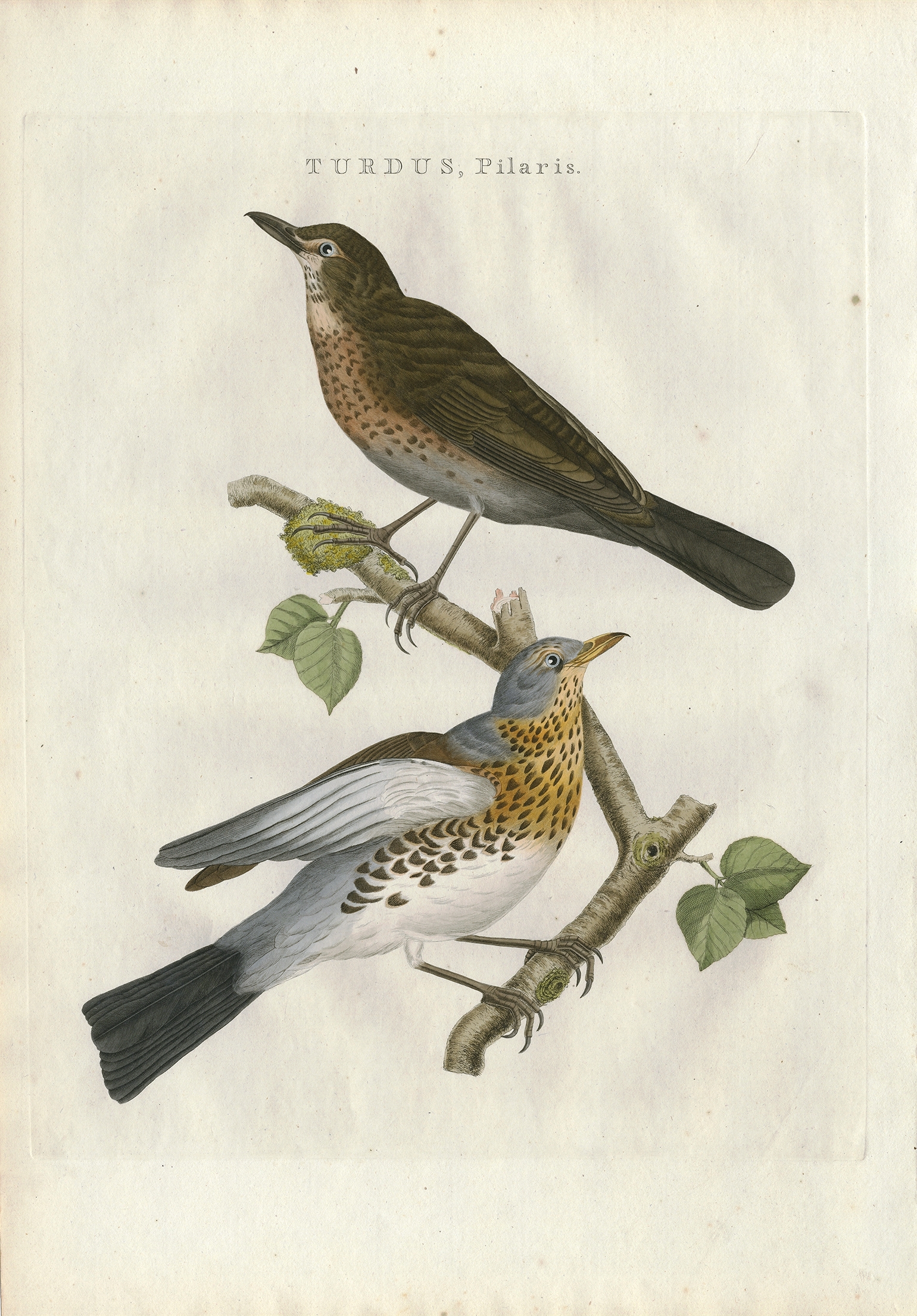 Description –
The Fieldfare is a medium – small size bird, with a weight that is around 80-105 gr, a body length of 22-27 cm, very low sexual dimorphism and with a more lively complexion in the male.
Head and back are slate gray, the back and wings are brown; throat, neck and chest are fawn colored with black spots; white belly and undertail and black tail. This bird has two annual molts.
This bird is recognized for a song that seems a chatter vaguely similar to that of the magpie, and that allows you to distinguish it from related species, such as the song thrush and the rock thrush that emit subtle zirli.

Biology –
The biological cycle of this bird manifests itself with the mating season that begins in April followed by, after mating, generally two broods each consisting of 5-6 eggs hatched essentially by the female.
The nest is made by weaving the branches of the trees and is covered with mud; it is in the shape of a clearly visible cup placed near the trunk on medium or large branches and can also be placed on the ground, as in the Arctic tundra.
The hatching period lasts 13-14 days and the chicks leave the nest at 14-15 days of age.

Ecological role –
Turdus pilaris frequents the same places as the other genera of the same family and in migration and wintering it can be observed in all partially wooded environments, especially in harsh winters.
It is a gregarious species also in the reproductive period, it is monogamous and in the period of migration and wintering it can form massive herds composed of hundreds of individuals.
Its feeding is mainly animal in spring-summer, consisting of insects, worms, molluscs, etc., and is frugivorous in autumn-winter, based on fruits of rowan, elderberry, apple, persimmon, etc.
As for its state, Fieldfare has shown a considerable extension of its reproductive range in the last century, once limited to northern and eastern Europe.
From the sixties onwards, it also reached the Italian Alps, where it nests in numerous locations from Piedmont to Friuli-Venezia Giulia. The regions where penetration was more consistent are Trentino-Alto Adige, Lombardy and Valle d’Aosta.
According to the IUCN, the populations are substantially stable throughout the vast range occupied by the species. For these reasons, the species is classified as “minimal risk”.