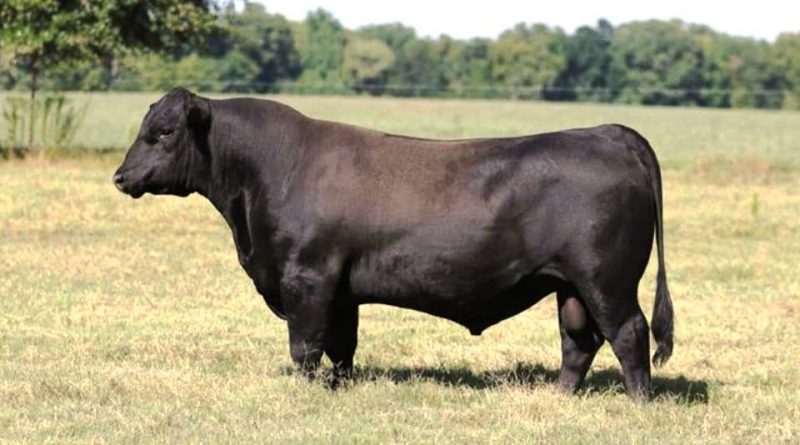 The Chiangus is a bovine breed (Bos taurus Linnaeus, 1758) originating in the United States of America, recently created and for the production of meat.

Geographical and Area Distribution –
The Chiangus is a recently created bovine breed obtained in California and bred mainly in the United States of America and Australia.

Origins and History –
The Chiangus breed of cattle, of mixed origin derived from the crossing of Angus breeding bulls on Chianina. It was actually born in January 1972, when the first Chianina × Angus calf was born in the Tannehill Ranch near King City which is a city in the United States of America, located in California, in Monterey County.
The goal of creating the breed was to use Chianina to give dimension to the already efficient Angus breed. In addition, the leaner meat of Chianina has influenced the crossbreeding giving consumers a “lighter” product.
This breed is obtained by crossing Chianina with black Angus, with not less than a quarter of both breeds and no more than three quarters of both breeds.
Already in 1976 the American Chianina Association established the first register of the Chiangus breed.
The breeders’ association accepts animals of both breeds and crosses. Those who have received the influence of a third race are accepted if this race represents less than 6.25% of their ancestors.
In 1993, due to its characteristics, the Chiangus breed had won more titles than most of the other bovine breeds registered in their entire existence. Today the exceptional rise of the Chiangus breed, especially in the United States, is highly consolidated.
A similar trend has also emerged in Australia in recent years.

Morphology –
The Chiangus cattle breed is recognized for having an intense black-colored coat, with possible dark brown shades.
Within this breed there are individuals with an intense red coat obtained from red Angus.
The bulls are large in size, with rapid growth like Chianina and can reach the weight of 1200 kg at 3 years.
Cows are also large in size and well modeled and with well shaped breasts.
The height at the withers varies between 130 and 160 cm.
The horns are absent and the muzzle is pigmented.

Productive attitude –
The Chiangus is a bovine breed with a prevalent aptitude for the production of meat, with good yield and quality meat, tasty and lean.
The carcass of these animals is suitable for the local market at 6-8 months and for the export market at 20-24 months.
Females have an easy birth and a high growth rate. Bulls confer their qualities on their offspring and are good males especially in outdoor breeding conditions, in addition they are able to effectively cover a large number of cows.
The Chiangus breed demonstrates excellent adaptation in hot and humid climates but also good ability to adapt to extreme cold.