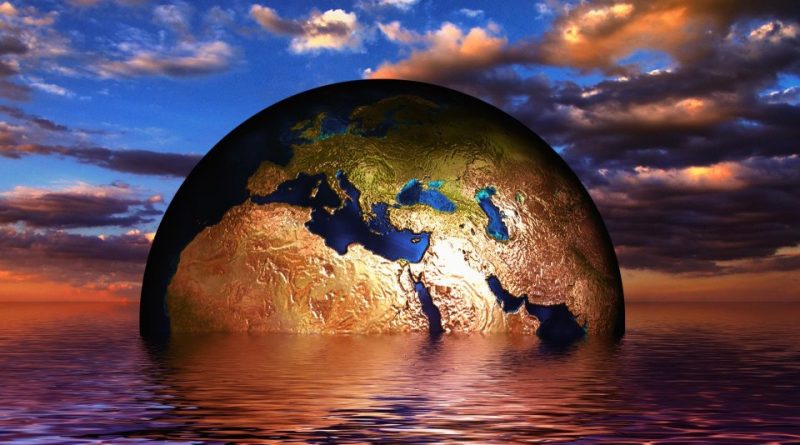 The term climate change, in climatology, indicates the variations of the Earth’s climate.
Climate change can take on different spatial (regional, continental, hemispherical and global) and historical-temporal (ten-year, secular, millennial and over millennial) scales and refer to one or more environmental and climatic parameters in their average values: temperatures (average, maximum and minimum), rainfall, cloud cover, ocean temperatures, distribution and development of plants and animals.
In this regard, the United Nations Framework Convention on Climate Change or UNFCCC uses specifically the term “climate change” only to refer to climate change produced by man and that of “climate variability” to that generated by natural causes. In the case of anthropogenic interference, it is more appropriate to speak of “anthropogenic climate changes”.
The ISPRA-CATAP Dynamic Glossary, by “climate change” means: any climate change attributed directly or indirectly to human activities, which alters the composition of the world atmosphere and adds to the natural variability of the climate observed in comparable periods of time.
By climate change we mean, however, a series of phenomena that arise following global warming induced by the accumulation of greenhouse gases. The first to theorize this mechanism was, towards the end of the 19th century, the Swedish physicist and chemist Svante Arrehenius. In its initial conception, this particular impact on the world climate was exclusively borne by carbon dioxide, which over the years was only one of the gases that contribute to “global warming”.
Subsequently it has been seen that this phenomenon is also induced by other gases such as methane, nitrogen oxide, ozone and indirectly also water vapor.
Obviously, the climatic issue is very complex and cannot be summarized in a few variables and parameters. Among the incidences we find solar activity, with its cycles, the movements of the earth, the activities of volcanoes, etc. in addition to complex indices linked to the dynamics and balances of CO2.
Today the main causes of global warming and consequently of climate change are more or less directly connected to human activities. From the first industrial era onwards, man has imposed dizzying growth on greenhouse gas emissions (already present in nature, albeit to a lesser extent).

Among the most incident factors on climate change we mention the increasing use of fossil fuels such as coal and oil which have contributed, over the decades, to increasing emissions of CO2 and other climate-changing gases.
To this must be added the human activities related to agriculture and deforestation actions that are affecting the planetary thermodynamic system by changing its balance and the related entropies of the systems.
If we add to this the commercial model derived from the globalization of the markets, especially in the food sector, which has resulted in much longer transport of goods than in the past decades, we can understand how the phenomenon is not destined to decrease.
All these phenomena, listed in a nutshell, are leading to the increasingly rapid melting of glaciers, both polar and those located in the mountains of various countries, including Italy.
In this way, global warming is threatening the so-called perennial snows, a wonderful natural spectacle, but also at the origin of the flow of several rivers and therefore important for the sustenance and water reserves of the related local communities.
All these factors are therefore not only affecting the meteorological phenomena, with which even the forecast models are no longer suitable, but also the overall hospitality of the planet Earth which, through the change of habitats, consequent to climate change, are changing the distributions of the biodiversity and in many cases they are threatening it.
It can be understood how the Kyoto Protocol and the subsequent intergovernmental Conferences on the matter have not affected the political models of both the so-called “industrialized” countries and those which are under development to date.
The future of the planet, of its civilization and of life in general, is linked to the ability of world politics to make a turnaround perhaps too quickly compared to social and government dynamics.
The 10 years that separate us from Agenda 2030 will perhaps be, in this light, the most important in human history.