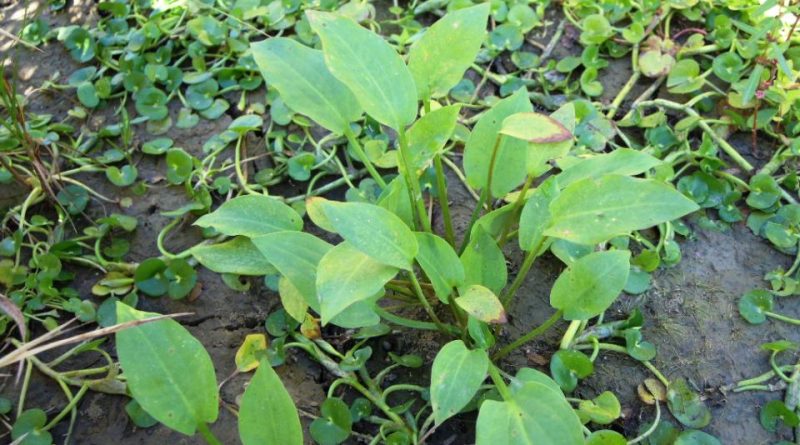 The European water-plantain (Alisma plantago-aquatica L., 1753) is a herbaceous species belonging to the Alismataceae family.

Systematic –
From a systematic point of view, it belongs to the Eukaryota Domain, Plantae Kingdom, Magnoliophyta Division, Liliopsida Class, Alismatales Order, Alismataceae Family and therefore to the Genus Alisma and the Species A. plantago-aquatica.

Etymology –
The term Alisma comes from the Greek ἄλισμα álisma plantain, name of an aquatic plant mentioned by Pliny and Dioscorides.
The specific epithet plantago-aquatica comes from the genus Plantago, that is from plánta sole of the foot: similar to the sole of the foot, reference to the size of the leaves of the greater plantain and from aquaticus aquaticus: water plantain, for the leaves reminiscent of those of the plantain and for the growth environment.

Geographical Distribution and Habitat –
European water-plantain is a sub-cosmopolitan species widespread in most of Europe and Asia from Portugal and Morocco to Japan, Kamchatka and Vietnam. It is considered to be native to northern and central Africa up to southern Tanzania. It reportedly naturalized in southern Africa, Australia, New Zealand, Alaska, British Columbia, Washington State and Connecticut. Some sources claim that the species is widespread throughout North America, but these reports appear to be based on incorrectly identified specimens.
In Italy it is present in all regions.
In our region it is widespread from the plain, where it is most frequent, to the Alps, with large gaps.
Its habitat is that of marshy environments (margins of ponds, ditches, canals etc.), where it grows on muddy soils submerged by stagnant or very slow waters; today this plant is in decline for reclamation, from sea level to the mountain belt. 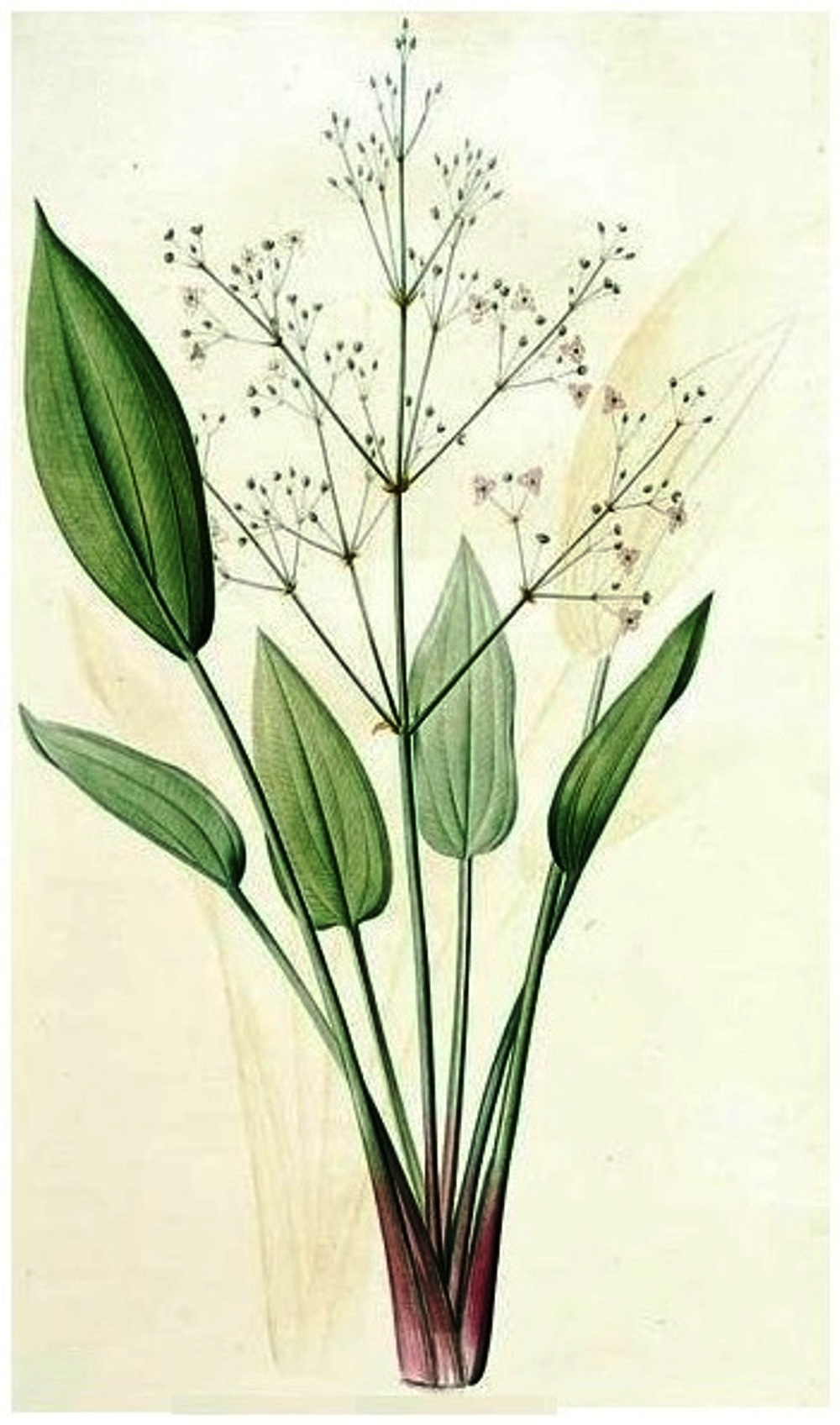 Description –
The Alisma plantago-aquatica is a hydrophilic plant without hair.
It has a fibrous root, several basal long stem leaves 15-30 cm long and a triangular stem up to 1 m high.
The inflorescence is branched and bears numerous small flowers, 1 cm wide, with three round or slightly jagged, white or pale purple petals. These have 3 beveled green sepals and 6 stamens per flower. Carpels often exist as a single flat vortex.
The antesis is between June and August and the flowers open in the afternoon.

Cultivation –
For the cultivation of this plant we recommend not too hot areas such as those of southern Italy, while it is resistant to rather rigid temperatures.
The depth of the plant between the rhizome and the surface of the water can oscillate between 0 and -25 cm.
We also recommend planting it in areas with full sun or even partial shade.
Alisma plantago aquatica is very decorative when young in spring, then in summer it tends to dry out and completely loses its beauty.

Uses and Traditions –
The European water-plantain can be confused with the Alisma lanceolatum from which it differs only in the fact that it has the tips of the sharp leaves and the shape is narrow lanceolate.
The fresh leaves and rhizomes of this plant are poisonous.
According to some treatises “a powder prepared from dried roots is used in folk medicine as a cure for rabies and the crushed leaves are used against breast congestion; fresh leaves are used in homeopathy.
Given that this species is often confused or identified with others of the genus, the data reported can refer to both the Eastern Alisma and the Alisma lanceolatum.
In fact, the Eastern Alisma is sometimes treated as a variety of this species (Alisma plantago-aquatica var. Orientale).
In vitro and animal studies indicate that the extracts of Alisma plantago-aquatica, or its isolated chemical components, can have biological activities including:
– activation of the peroxisome receptor;
– hepatoprotective properties.
– antiallergic effects.
The aquatic plantain, among other applications, can be used for particular phytodepuration plants in areas with a particularly suitable climate.

Method of Preparation –
The European water-plantain can be used for some therapeutic purposes but obviously, given the possibility of confusing it and the sometimes conflicting bibliography, its use is not recommended and in any case always after consulting a medical expert.