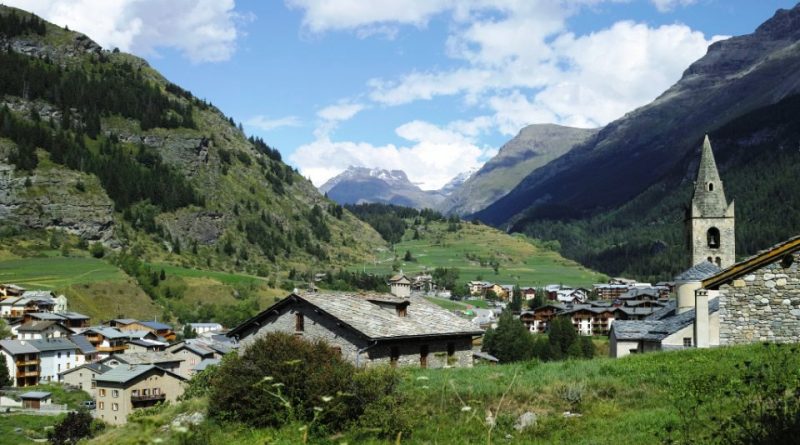 The Vanoise National Park is the first French national park, created in 1963.
The park was born following the extinction of the ibex in the Vanoise massif. This mammal was exterminated after the appearance of firearms. In the nearby Gran Paradiso massif, in Italy, there were still a hundred specimens left in 1823 when hunting was prohibited. In 1922 the Gran Paradiso National Park was established; then in 1943 a natural reserve was created in the Vanoise for the impulse of the French Alpine Club. We must arrive to 1963, after several uncertainties on the dimensions and regulations, for the creation of this first French national park.
By the way, in 1969, the National Park was threatened by a ski resort project. After a strong mobilization of the French, the president of the French Republic, Georges Pompidou, decides to preserve the integrity of the park. In 2013, the Vanoise National Park was thus able to celebrate its 50th anniversary. Nine years after the new law on national parks, it fully fits into a dynamic of sustainable development based on solidarity between the protected area and the optimal accession area.
The Vanoise National Park covers a large territory where everything is protected: fauna, flora and mineral world. Together with the Gran Paradiso National Park, it makes it the largest reserve in Europe.
Geographically, the Vanoise National Park is located in the Savoie department in the Vanoise Alps and in the Grand Arc of the Graian Alps, bordered by the Isère valleys (called Tarantasia) in the north, by the Arc valley (called Moriana) in the south , while in the east it is connected with the Italian Gran Paradiso National Park.
To the east, it has 14 kilometers of common borders with the Italian Gran Paradiso National Park. The two parks established a twinning in 1972 and today form a protected area that extends over 1,250,000 hectares.
This park has been awarded the European Diploma of Protected Areas since 1976. Together with the Chartreuse Regional Nature Park and the High Jura Regional Nature Park it makes it a reserve as large as the United States of America’s Yellowstone National Park and the largest protected area in Europe, representing one of the last ecosystems of Europe in which large carnivores can live.
The territory of the Vanoise national park consists of high mountains (107 peaks exceed 3,000 meters) and large valleys with easy access to the various communication hills.
In terms of flora, the French Park welcomes 1 200 plant species, including 91 protected species. As regards the fauna, however, there are 1 900 ibexes, 4 100 chamois and 125 species of nesting birds, including 28 pairs of golden eagles and 4 pairs of bearded vultures. 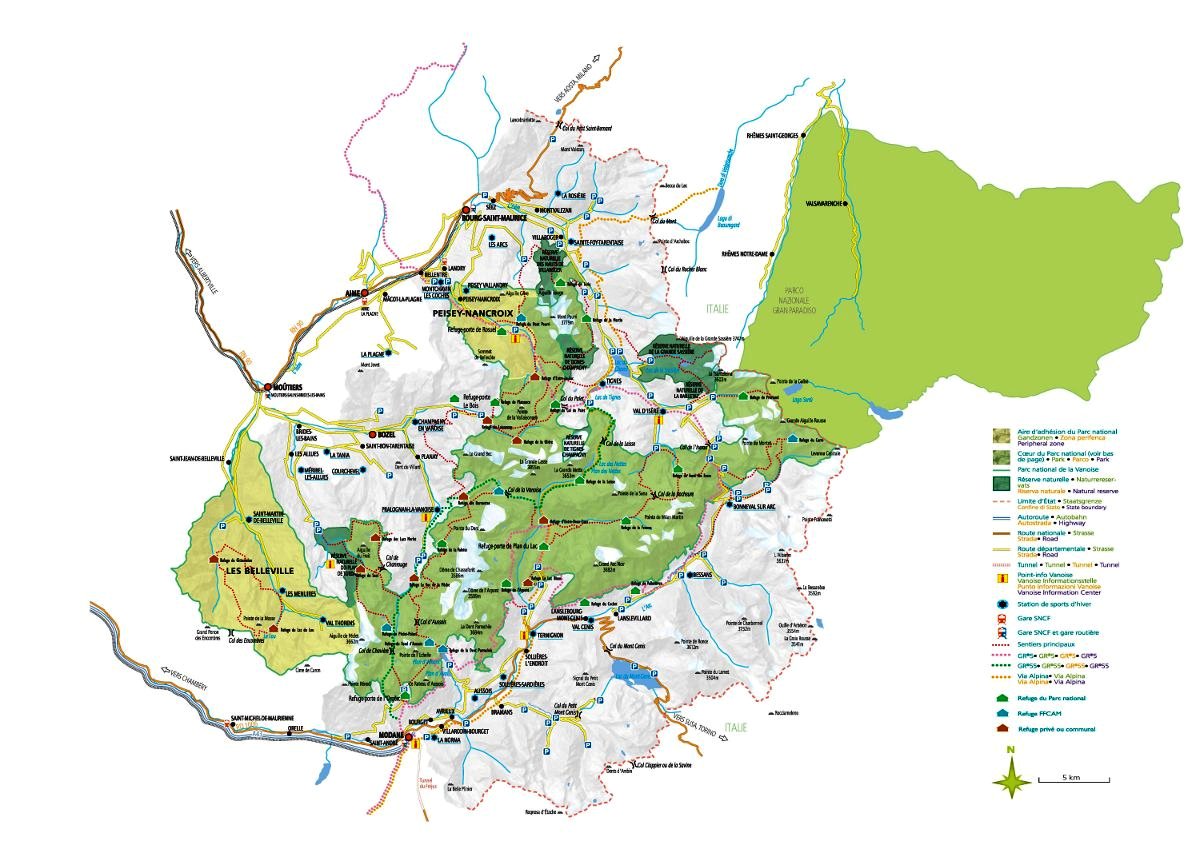 Flora –
As for flora, the Vanoise National Park, as mentioned, is home to 1200 different plant species, favored by the great geological complexity of the area.
There are numerous species of tall trees. Downy oak grows in the lower altitudes of the south-facing slopes, rising up to 1,500 meters. we find beeches, white firs and sylvan pines. At the highest heights up to almost 2000 meters we find spruce and larch.
In the high mountains, i.e. at altitudes above 2000 meters, the conifers give way to a heath of shrub, rasa and sparse vegetation
The alpine flora is also very varied, with around 2000 different plant species such as: soldanella, anemone, rhododendron, aster, edelweiss, azalea, androsace, genepì, martagon lily and various saxifrages.

Fauna –
As regards the Fauna, very scarce at the time of the establishment of the park, it then underwent a considerable development, mainly in the high altitude specimens such as chamois (of which there are about 5500 specimens), ibexes (which reached 2000 specimens ), stoats and white partridges.
The birdlife of the Park is also of great importance, with 125 species of which 72 nesting. These include the golden eagle (about 20 couples), the bearded vulture, the black grouse, the rock ptarmigan, the golden owl, the owl and the black spikes.
In detail, the main mammals present in the park are: ibex (with about 2,500 specimens), chamois (with about 5,500 specimens), Apennine wolf, European lynx, marmot (present everywhere), snow vole, stoat, white hare, bat, eagle royal, bearded vulture and peregrine falcon.