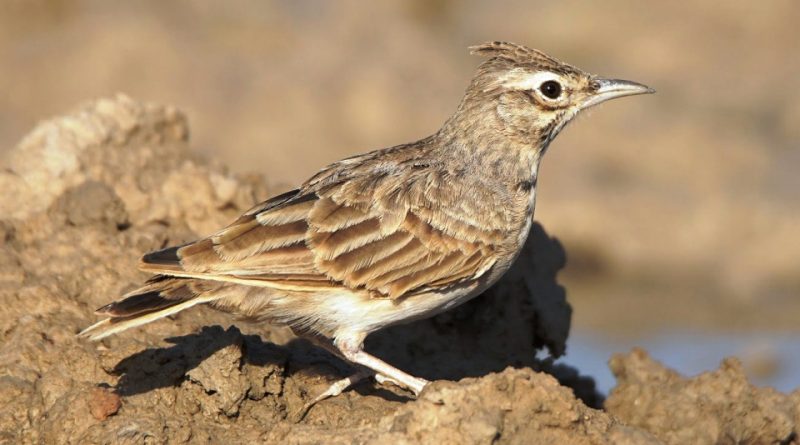 The Crested lark (Galerida cristata (Linnaeus, 1758)) is a bird belonging to the Alaudidae family.

Geographical Distribution and Habitat –
The Crested lark is a bird present in a range that includes Europe, Africa and Asia.
In Europe it is present throughout the central area up to north-western Spain, north-western Hungary, the Baltic republics and Ukraine.
In Italy it is present as a nesting, sedentary species in the southern regions.
Its habitat is that of open spaces, both uncultivated areas and cultivated fields; however, it also inhabits clearings, meadows, pastures and arid environments such as garrigues, where small bushes of rosemary and lavender grow. More rarely it is possible to sight it among vineyards, orchards, olive groves where trees are sparse. In winter it also frequents river banks. 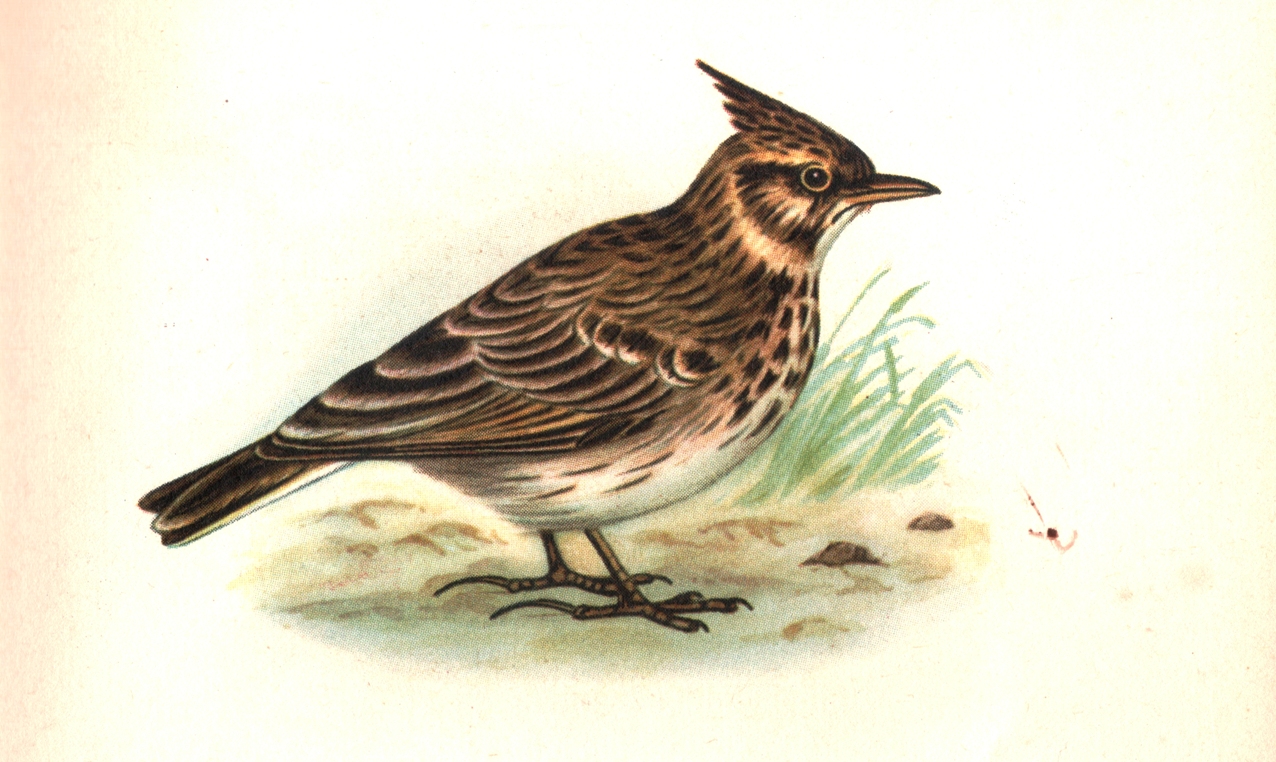 Description –
Galerida cristata has a length of 17-18.5 cm, with a wingspan of 32-36 cm and a weight of 35-45 gr.
It is a species without sexual dimorphism with a rather stocky body.
The adults have a brown upper coloration with dark brown speckles.
The throat is whitish in color, with some fine dark streaks and a slight white eyebrow above and around the eye.
The chest is whitish in color with dark brown – blackish streaks.
The beak is pink with blackish shades and the legs of a pinkish colored – carnacino.
The salient feature is the presence on the head of a ridge which, if erected, is clearly visible. The upper wings are mainly brown with no obvious streaks. The tail is light brown in the center, blackish towards the end and has tawny external helms.
The wing below, in the portion that is close to the body, has tawny hues and the remaining parts are a fairly light brown.
Young people appear quite similar to adults.
This bird can also be recognized as its song is melodious but monotonous. Sing both in flight and on the ground with a repetitive 3-note line with low and high tones.

Biology –
The Crested lark nests, two or three times a year, in the period between April and June.
The nest is built by the female, with dry grass, feathers, roots and positioned on the ground, well camouflaged between the irregularities of the soil.
This then lays 5 – 6 eggs, varying in color between yellow and reddish white, speckled with gray and yellow-brown, and alternates with the male for their hatching.
The eggs hatch after a period of 11 to 13 days.
The chicks, which are characterized by a soft yellow fluff, remain safe in the nest for about ten days but, once released, within another ten days they take flight.

Ecological role –
Thirty-seven different subspecies are recognized in Crested lark, some of which are present in central-southern Italy, including the Galerida cristata neumanni, which can be observed in Tuscany and Lazio, up to Rome, and the Galerida cristata apuliae, which frequents the South and Sicily. During the winter, contingents arriving from northern Europe can join these sedentary populations.
It is a bird capable of camouflaging itself on the ground thanks to its light brown color; when she is frightened, she remains motionless until she feels safe, and then starts hopping in the fields looking for seeds and insects.
It feeds mainly on seeds and insects, while the former prevail in the summer season, the latter allow the species to overcome the cold season.
In Italy the population of this bird, although there are indications of a local decline in some areas, such as the Po Valley (Brichetti, com. Pers.), As a whole does not seem to reach the conditions to be classified within one of the threat categories (population decline of 30% in three generations, reduced number of mature individuals, restricted area) and is therefore classified as a minor concern (LC).