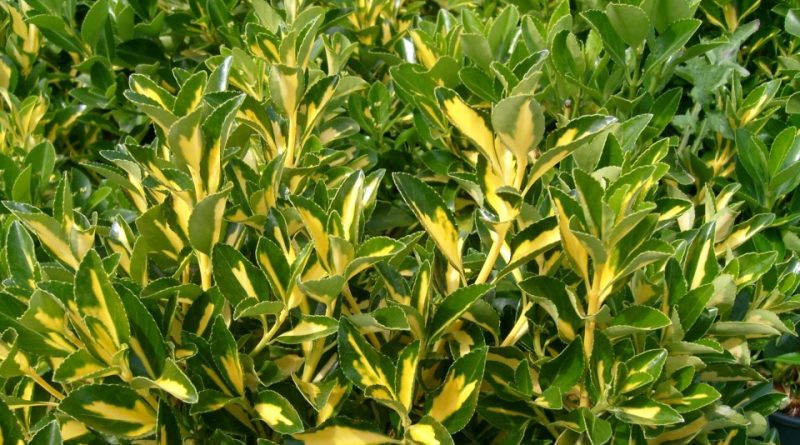 The Japanese spindle tree (Euonymus japonicus Thunb.) Is a shrub species belonging to the Celastraceae family.

Etymology –
The term Euonymus comes from the Greek ἐῧ éu true, well, to perfection and ὄνομα ónoma name, fame, reputation: auspicious, good reputation, in an ironic sense since all parts of the plants of this genus are poisonous; name used by Theophrastus.
The specific epithet japonicus refers to its Japanese origin.

Geographical Distribution and Habitat –
Euonymus japonicus is a plant native to Japan, Korea and China.
Its habitat is represented by temperate macaws with non-cold winters where it grows in fertile soils and in shady areas. 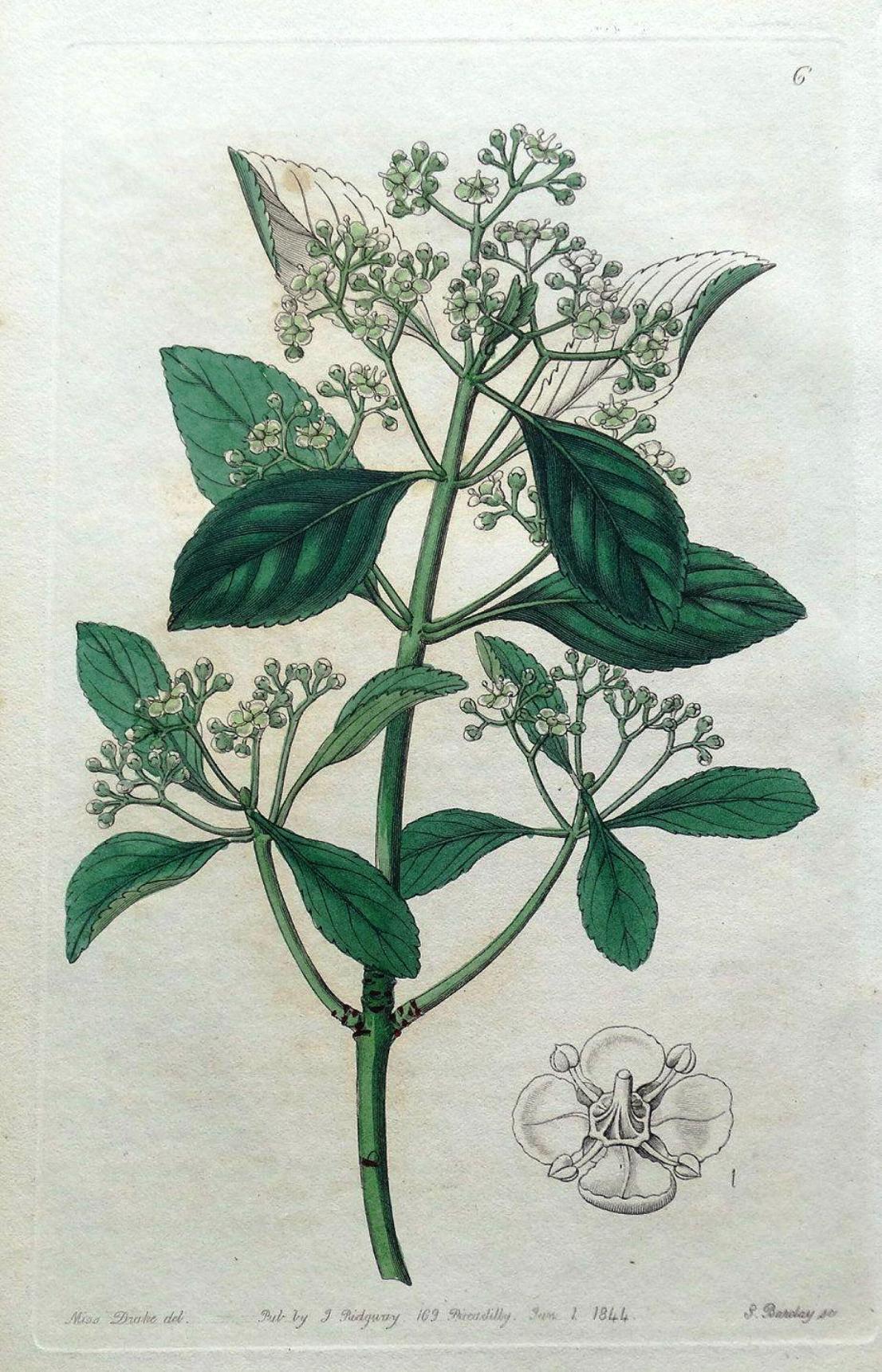 Description –
The Japanese spindle tree is a plant that grows in the form of an evergreen shrub or small tree, up to 2-8 m in height.
The leaves are oval and opposite, 3–7 cm long with finely serrated, shiny and leathery margins and green in color, although some varieties may have white or golden yellow margins.
The flowers are inconspicuous, greenish-white, with a diameter of 5 mm.
The antesis occurs in the spring period.
The fruits, which are formed in autumn, are globose or subglobose capsules, ranging in color from brown or yellow-brown to red-brown, 6-9 (12) mm in diameter, with 4 lobes.
The seeds are 2 per niche, 5 x 3.5 mm, dark brown, globular, with red-orange aril.

Cultivation –
The Japanese spindle tree is a plant that is mainly cultivated for the formation of hedges, especially in coastal areas where it is often used also as a single plant.
This plant prefers shade and very permeable soils, resists well to the sea and saltiness but also adapts to low temperatures. It is also a plant that can be pruned at any time of the year.
However, it is advisable to prune young plants in the spring to give them the desired shape. It tolerates topiary pruning for the creation of particular geometric shapes.
As for the soil and climatic characteristics, it lives outdoors all year round both in the sun and in partial shade; if grown in colder areas, in winter it must be mulched in areas with a harsher climate. Tolerates up to 0 ° C, intense heat and brackish wind.
It also likes fertile and well-drained soil, but adapts to other substrates, even poor, arid or stony.
As for the need for irrigation, this plant has average needs in the spring-summer period and scarce in winter.
It is advisable to prepare a preventive organic fertilization for a puona and rapid growth of the plant.

Uses and Traditions –
Euonymus japonicus, as mentioned, originates from Japan, and perhaps from China and Korea, and has been widely introduced for cultivation as an ornamental plant or hedge. It has been naturalized in other Asian countries, in some states of the United States and in some European countries including the United Kingdom. It is a species that in some environments can become invasive.
In New Zealand, this plant is counted as invasive and in Australia, it has been classified in the same way.
Euonymus japonicus, as the seeds are dispersed by birds, demonstrates a high potential for spread outside the cultivation areas.
In any case, Euonymus japonicus is an ornamental plant widely used and known in parks and gardens, both in its native area and in Europe and North America. In particular, the numerous cultivars that have been selected (often with variegated or yellow leaves) are widely cultivated in all types of soil, both in the sun and in the shade. Different cultivars with different characteristics and suitable for various ornamental types have been selected from this plant.

Method of Preparation –
The Japanese spindle tree is a plant that, in addition to its ornamental purposes, is not mentioned for particular food or pharmaceutical uses.