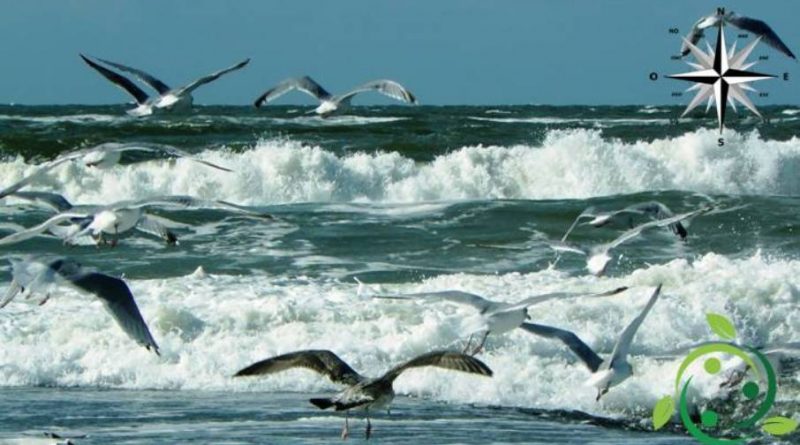 The term Mistral defines the wind coming from the north-west side.
The mistral is one of the most intense winds, which is often accompanied by gusts affecting the basins around our peninsula where it generally conveys cold or fresh air from higher latitudes, also of Arctic or polar origin.
The mistral term has a controversial etymological origin, depending on whether we consider the Roman practice of placing the wind rose in the middle of the Mediterranean, or the medieval one that places it on the island of Zakynthos, Greece.
In any case, the north-western direction points to the most important city for those who gave the wind its name: in the first case we have Rome, Magistra Mundi, or Venice, the main road from the port of origin.
Another hypothesis is that the wind is called this because it is “the principal of all winds”, “the master of navigation in this Mediterranean sea”.
The mistral arises when polar or arctic air currents burst into the western Mediterranean Sea from the coasts of Provence.

In these conditions, the air masses from the North pass the French Central Massif, channeling along the Rhone valley, where they are accelerated by the rapid descent on the leeward slopes. Often the Mistral wind still reaches intense up to the coasts of Corsica and Sardinia, affected by this wind with a certain frequency, even in the anticyclonic zone.
The periods in which the mistral wind blows, have a very variable duration, from less than 24 hours to up to 4-5 days in a row. These long windy periods often involve rough seas, with violent storms on the western and northern coasts of Sardinia and the Tyrrhenian coasts of Calabria and Sicily.
The mistral is a wind that can blow after the passage of a low pressure, causing a general improvement of the weather conditions with a contained decrease of the temperatures, above all in the minimum values, and of the humidity rates. In this case it is the mistral which is defined as postfrontal.
In conditions of descent of arctic maritime air or cold polar maritime air, the mistral wind becomes a cold and humid wind, which leads to a worsening of the weather conditions, and consequent sharp decrease in temperatures.
The Italian regions that in these conditions are most exposed to bad weather and to the thermal drop are those of the western side where in winter snowfalls can occur even at the lowest altitudes.