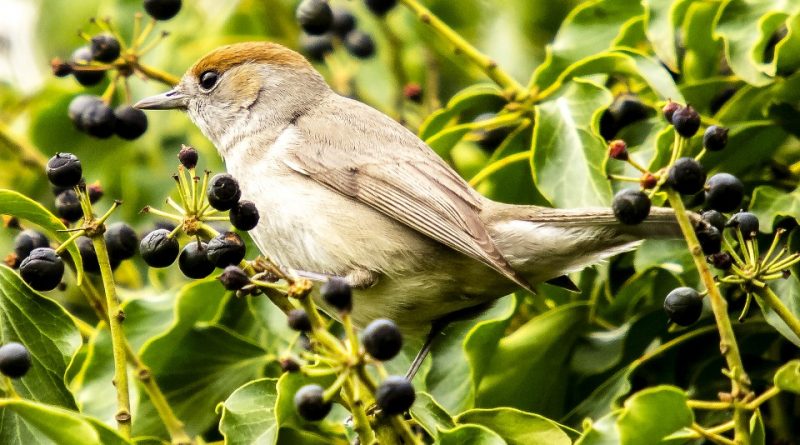 The Eurasian blackcap (Sylvia atricapilla L. 1758)) is a passerine bird belonging to the Sylviidae family.

Geographical Distribution and Habitat –
Eurasian blackcap is a species widely spread as a breeder in Europe, North Africa and Asia; this bird is present in Italy, practically everywhere, especially in the southern regions and islands, as a sedentary and partially migratory nesting species. With the exception of the Nordic countries, whose temperatures are too rigid, this species is present throughout the European continent.
As far as its habitat is concerned, it is a bird with high environmental adaptability which justifies its remarkable diffusion.
In any case, its natural habitat is represented by the countryside and the woods full of trees; however, it is not uncommon to find it also in cities, especially in parks, vegetable gardens and gardens. During the breeding season it is also possible to observe it near the cemeteries. 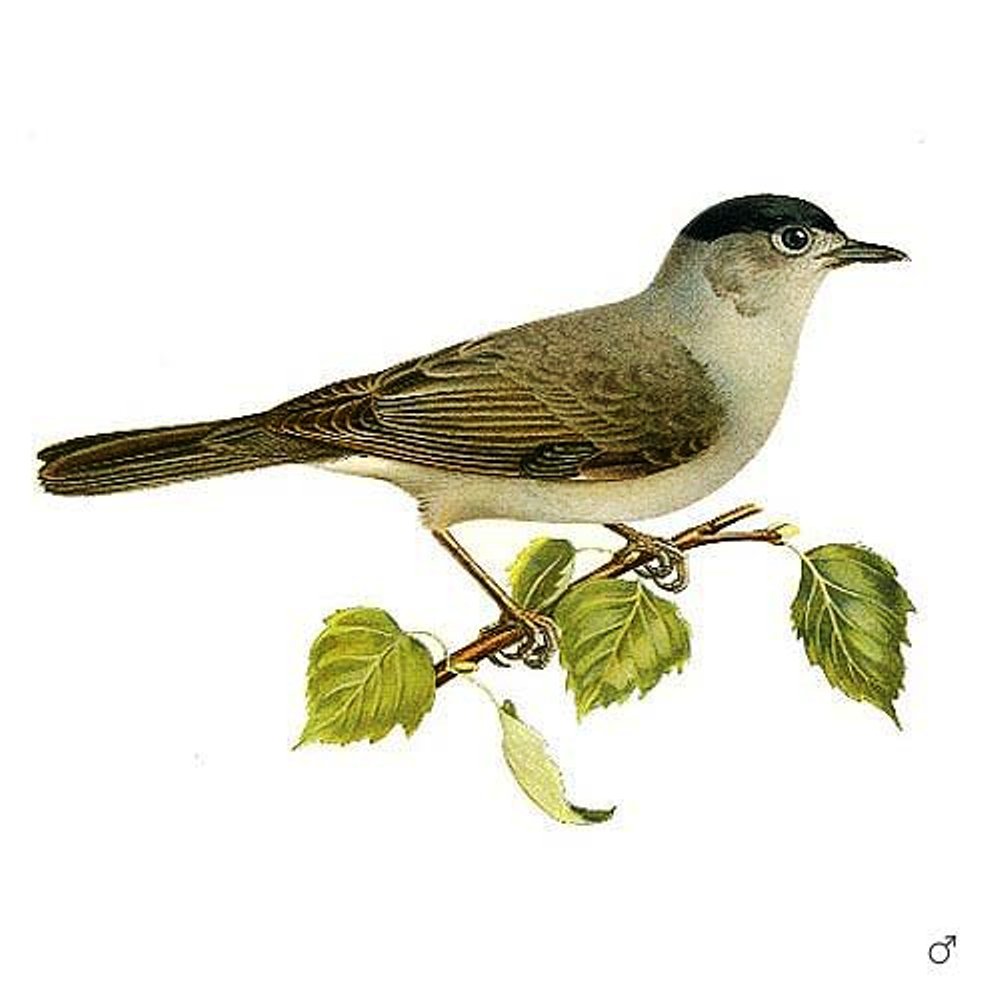 Description –
Sylvia atricapilla is a medium-sized bird with a length of about 14 cm, a wingspan of about 23 cm and a weight that oscillates around 20 grams, with evident sexual dimorphism.
It is recognized by the black-shiny cap in the male and brown-red in the female.
The belly is lighter and with gray tones in the male and brown tones in the female.
The back in both sexes is olive brown.
Juveniles have a more rusty hue above and yellowish below.
It is also recognized for its somewhat melodious song.

Biology –
The Eurasian blackcap preferably nests in deciduous forests with a rich shrubby layer but also hedges, urban parks and in general any environment rich in bushes at altitudes below 1500 m.
The nest is usually built in the thick of the vegetation, not far from the ground. Once or twice a year, the female lays 5 beige colored eggs, characterized by the presence of small dark spots, which hatch after about two weeks, with the hatching being carried out by both parents.
The reproductive period of the Sylvia atricapilla runs from May to July, with generally two annual broods.
The young are already ready to leave the nest around 8-14 days, but they are fed by their parents until they have reached full self-sufficiency. Unlike what happens with other types of bird, the blackcap male is an excellent parent who is able to take care of the offspring even if the mother passes away.

Ecological role –
The Eurasian blackcap is a partially migratory bird with some populations that nest in northern and eastern Europe, and winter in Africa south of the Sahara, while others nest in southern Europe, western Europe and the Maghreb and are sedentary or migrate short-range, winter in Africa north of the Sahara.
The Eurasian blackcap is a bird with a very lively behavior, which loves to move continuously and is considered a bird of considerable cunning that shows above all when it perceives that its young are in danger due to predators; in these cases, in fact, one of the parents tries to divert the attention of the predator from the young by simulating a difficulty; in this regard, there are several observations that show how these birds pretend to be injured, attract the attention of predators with gestures that give the idea of ​​unease; the predator then heads towards the blackcap which he considers in difficulty by neglecting the rest, but at the time of the attack the blackcap flies away quickly and suddenly.
He also has a shy and somewhat diffident nature, which often causes him to hide, especially among ivy plants which, in addition to providing him with adequate shelter from attacks by predatory birds, give him the opportunity to feed on their berries, a food that the blackcap particularly appreciates; also inside this plant this bird supplements its feeding by feeding on many insects.
The Eurasian blackcap in general feeds mainly on insects and other small invertebrates; especially in the late summer and autumn months when the insectivorous diet is supplemented by berries and fruits (e.g. olives, persimmons and figs), including, as mentioned, the ivy berries.
According to the IUCN, there is no particular hazard information on Sylvia atricapilla, but it is believed that given its worldwide population, estimated at around a hundred million individuals, there are currently no particular risks for this species.