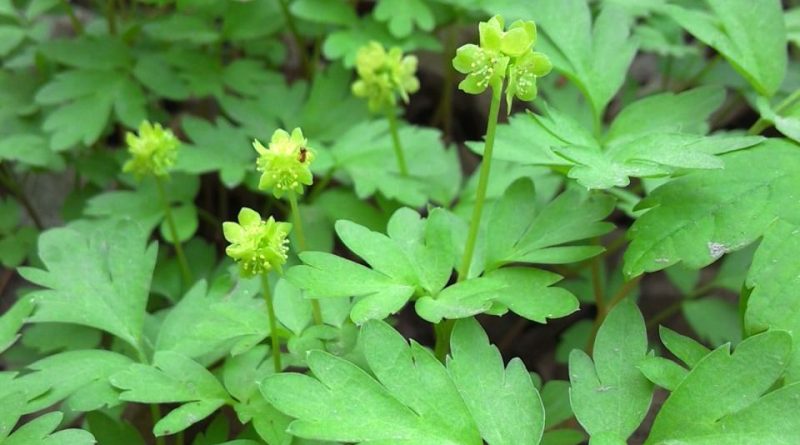 Systematic –
From a systematic point of view it belongs to the Eukaryota Domain, Kingdom Plantae, Magnoliophyta Division, Magnoliopsida Class, Subclass Asteridae, Dipsacales Order, Adoxaceae Family and therefore to the Genus Adoxa and to the Species A. moschatellina.
The term is synonymous: Adoxa moschatellina subsp. cescae Peruzzi et N.G. Passal ..

Etymology –
The term Adoxa comes from the Greek ἄδοξος ádoxos (from the privative prefix α- a- and from δόξα dóxa reputation, glory, splendor): without glory, obscure, held in little account; according to some with reference to its greenish flowers, inconspicuous.
The specific epithet moschatellina is the endorsement of moschatus, that is, slightly musky, fragrant.

Geographical Distribution and Habitat –
Adoxa moschatellina is a plant with a wide geographic but circumboreal distribution that grows in disjointed regions in Europe, Asia and North America.
Its habitat is represented by humid, shady woods and thick hedges where it grows at altitudes between 0 and 1700 meters above sea level. 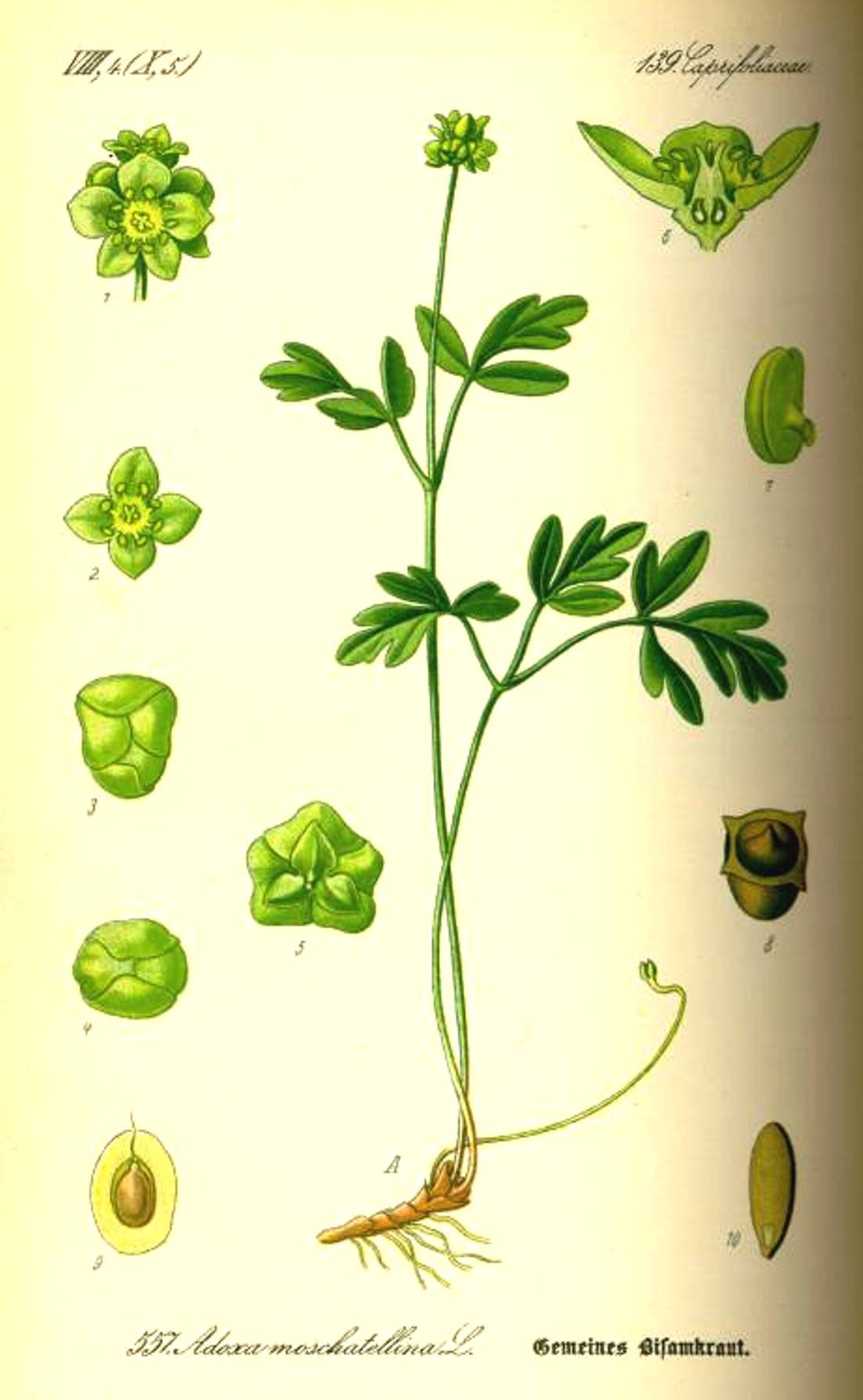 Description –
Muskroot is a perennial herbaceous plant, with a low, rhizomatous bearing, which tends to form a carpet.
The stems are slender, erect, unbranched.
It has an inflorescence, green – light yellow in color, consisting of five flowers with a four-petal flower facing upwards and four five-petal flowers facing horizontally. The flowers are tiny with a size of about 6 millimeters in diameter.
The antesis is between March and May.
The fruit is a drupe of 3.5-5 mm, ovoid, wider than long, greenish, with the ovoid seeds having a small embryo and abundant endosperm.

Cultivation –
Muskroot is a spontaneous plant and not easy to identify, as it is small and visible for a relatively short vegetative time (disappearing already in summer) that grows in humid places, especially in broad-leaved forests, in shady areas and in mainly clayey soils.
Before the plant enters its rest period, it lowers its fruits to the ground, where ants and snails creep in, spreading its seeds.
The flowers of the Adoxa moschatellina are probably pollinated by small insects, but few seeds are formed. The main means of propagation for the species seems to be vegetative by underground rhizomes.

Uses and Traditions –
Up to the early 1980s, Adoxa moschatellina was considered the only member of the Adoxaceae family, when two new species belonging to the family were discovered in China; one of these species included a new genus, Sinadoxa. However, the systematic location of this plant was controversial; some authors claimed that it was linked to the saxifrage family, others claimed that its closest relative was the ivy family. However, based on morphological characteristics and DNA, Adoxaceae are clearly related to Caprifoliaceae. The genera most closely related to Adoxa are Sambucus and Viburnum.
Today the Adoxaceae family includes about 250 species in four genera.
The plant and its flowers have a musk-like scent, which emits towards the evening when dew falls. If the plant is pounded or dented, this scent disappears.
The scent is already noticeable when you kneel beside the plant; however, the flowers have a smell of garbage, so much so that they attract all types of flies that are interested in decomposing organic substances to pollinate them.
The plant, of which the tender shoots are used, is included in the list of medicinal plants even if the bibliography and news about it are scarce.

Method of Preparation –
Muskroot is a plant of which, today, there are rare and unconfirmed news about its real and concrete uses.