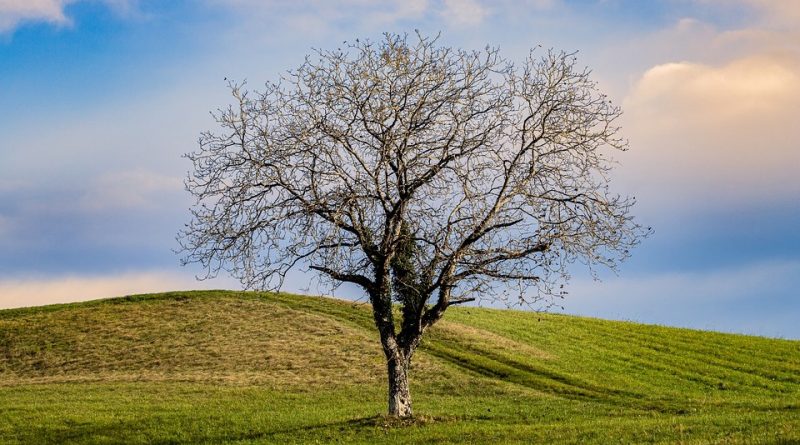 With the term deciduous, which comes from the Latin deciduus, derived from decĭdĕre, to fall down, that falls, destined to fall, means plants whose organs, especially the leaves, have the characteristic that separate from them after having finished their function.
The most used term is however that of deciduous trees and therefore we mean as deciduous, or deciduous, the plants that lose their leaves in the unfavorable season (cold winter season in the temperate or dry zone in the torrid zone).
In this case the leaves of the deciduous plants become defined deciduous or deciduous and the phenomenon that causes the fall is biochemical and is the abscission.

The fall of the leaves is called as a whole chorism or defoliation.
Plants that instead keep the leaves even during the unfavorable season are called evergreens; however, it should be noted that all the leaves have a shorter life than the plant, but their replacement is much slower, therefore not perceptible, and does not occur with the total fall during the winter season.
The deciduous plants are present above all among the broad-leaved trees, while this characteristic is rare among the conifers; however, an example of deciduous conifer is found in the genus Larix.
On the other hand, deciduous plants are very widespread, among broad-leaved trees and, to give some examples, we remember: Mespilus germanica, Sorbus domestica, Crataegus azarolus, Fagus sylvatica, etc.