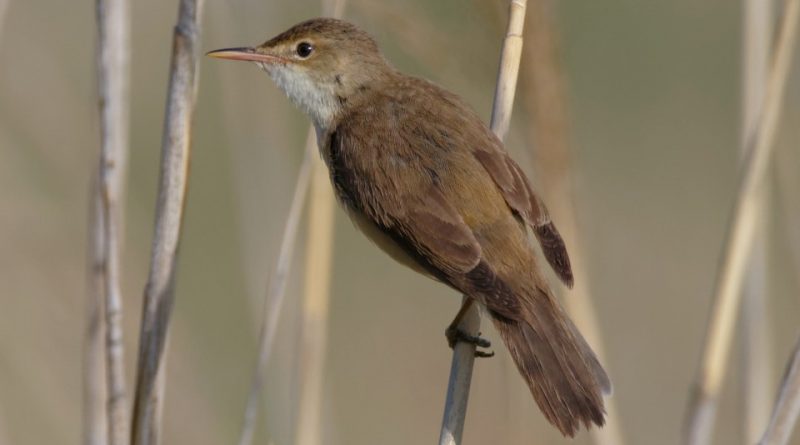 The Eurasian Reed-Warbler (Acrocephalus scirpaceus (Hermann, 1804)) is a passerine bird belonging to the family of Acrocephalidae.

Geographical Distribution and Habitat –
Acrocephalus scirpaceus is a bird originating from an area that covers Euroasia and Africa where it reproduces throughout Europe and temperate western Asia and is migratory and wintering in sub-Saharan Africa.
Of this species, two subspecies are recognized, of which:
– Acrocephalus scirpaceus scirpaceus: it is present in Europe (except in the Iberian Peninsula) from east to west of Turkey and western Russia and where it winters in sub-Saharan Africa (Senegal from east to Sudan, south from Gabon and northern limit of the basin of the Congo);
– Acrocephalus scirpaceus ambiguus: present in north-western Africa (from Morocco to Tunisia) and in south-western Europe (including the Iberian peninsula); with a Moroccan population partially resident and wintering in sub-Saharan Africa.
This bird is present in Italy as a breeder, regular migrant and, occasionally, winter visitor, with a wide but fragmented distribution.
Its preferential habitat is that of reeds and it is found mainly in the inland and coastal wetlands of the Po Valley, on the Adriatic coast and along the Tyrrhenian coast, up to Sicily. 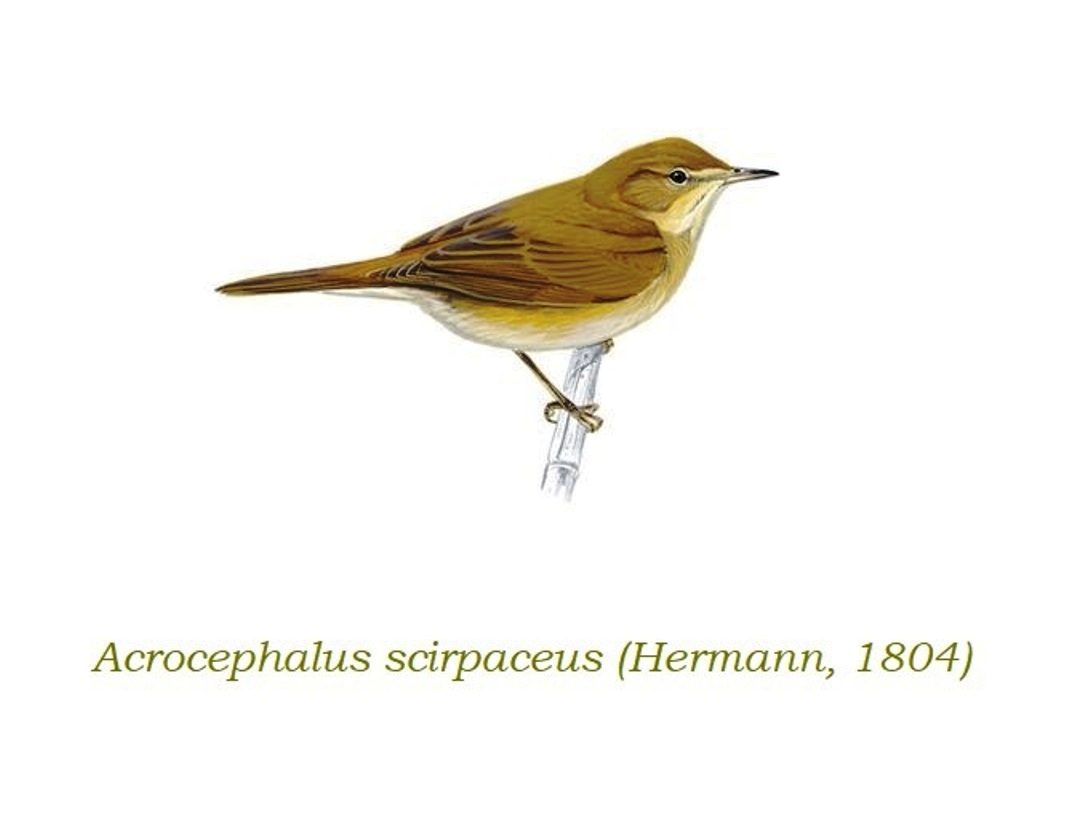 Description –
The Eurasian Reed-Warbler is a medium-small size bird with a length of 13-14 cm and a wingspan of 19-21 cm.
Both young people and adults are indistinguishable from each other (although the latter appear, on the whole, of a more pronounced gray color) with the upper parts brown, with a slight white eyebrow and the lower parts marked by the throat of color white, the sides shaded by light brown – ocher (while in the subspecies scirpaceus) are almost white (in the other subspecies).
The beak is rather elongated with the lower part of light brown – orange color and brown legs.
It is also characterized by a monotonous song.

Biology –
The Eurasian Reed-Warbler is a bird that nests in wetlands and the species breeds only one brood per year, with a reproductive period that roughly coincides with the month of June. The nest, relatively small in size and in the shape of an elongated cylinder, is built inside the vegetation, well camouflaged in the surrounding environment. Both parents take care of its construction, but it is the female who creates the internal lining. Here it lays 4-5 light green eggs with gray spots, which are hatched by both partners for almost two weeks.
The Eurasian Reed-Warbler is the species that most suffers the parasitism of the Cuckoo who often takes advantage of a moment of abandonment of the nest by the Eurasian Reed-Warbler to lay an egg there. This egg is not recognized by the Eurasian Reed-Warbler who begins to hatch it with the same diligence reserved for their eggs.
On hatching, the young cuckoo, with considerable effort, in relation to its minute size, throws the cane-reed’s eggs out of the nest, thus ensuring the exclusive care and attention of the adoptive parents.
However, in Italy it nests widely throughout the peninsula, Sicily and Sardinia.

Ecological role –
La Eurasian Reed-Warbler finds its favorite habitat especially near areas with fresh water, such as wetlands always quite extensive, along rivers, and lakes, where it prefers a dense vegetation composed of reeds. It can be found in lagoons, fishing valleys, marshes and clay pits.
The diet of this bird is characterized by marsh insects and their larvae. During the autumn, his diet expands to include berries and wild fruits.
The area of ​​the Italian population is vast (greater than 20000 km², Boitani et al. 2002). The number of mature individuals is estimated at 60000-120000 (BirdLife International 2004, Brichetti & Fracasso 2010) and was stable in the period 2000-2010 (LIPU & National Rural Network 2011, www.mito2000.it). The species in Italy do not seem to reach the conditions to be classified within one of the threat categories (population decline of 30% in three generations, reduced number of mature individuals, restricted area) and is therefore classified as a minor concern (LC).