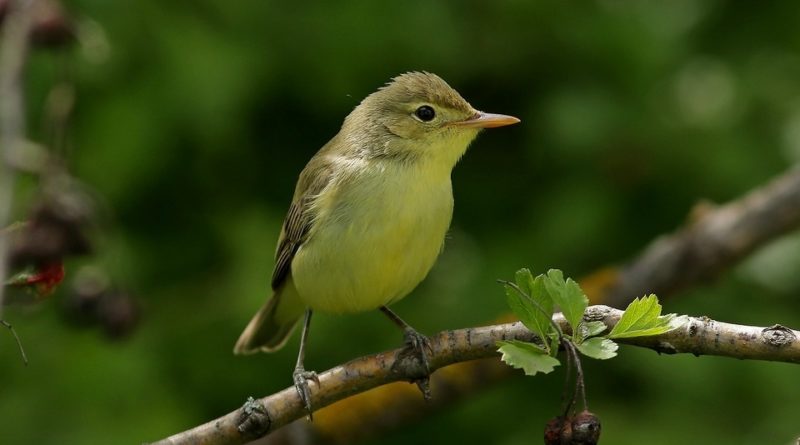 Geographical Distribution and Habitat –
The Icterine warbler is a bird whose distribution extends from northern France and Norway through most of northern and eastern Europe, south to the mountains of the northern Balkans and the mountains of Crimea and eastward in a narrow band close to Ob river. It was recently bred in Scotland, but usually, this bird is a migrant passing through both Britain and Ireland.
In Italy, the Icterine warbler has a wide distribution, more uniform on the Tyrrhenian side than on the Adriatic side, while it is not present in Sardinia and Sicily.
The preferential habitat of this species is that of the edges of the woods or clearings, favoring the foliage of the trees well spaced and with high undergrowth. It prefers broad-leaved trees, but can live in habitats with the presence of conifers mixed with broad-leaved trees. However, it also lives in orchards, parks, gardens, and tall hedges interspersed with trees. 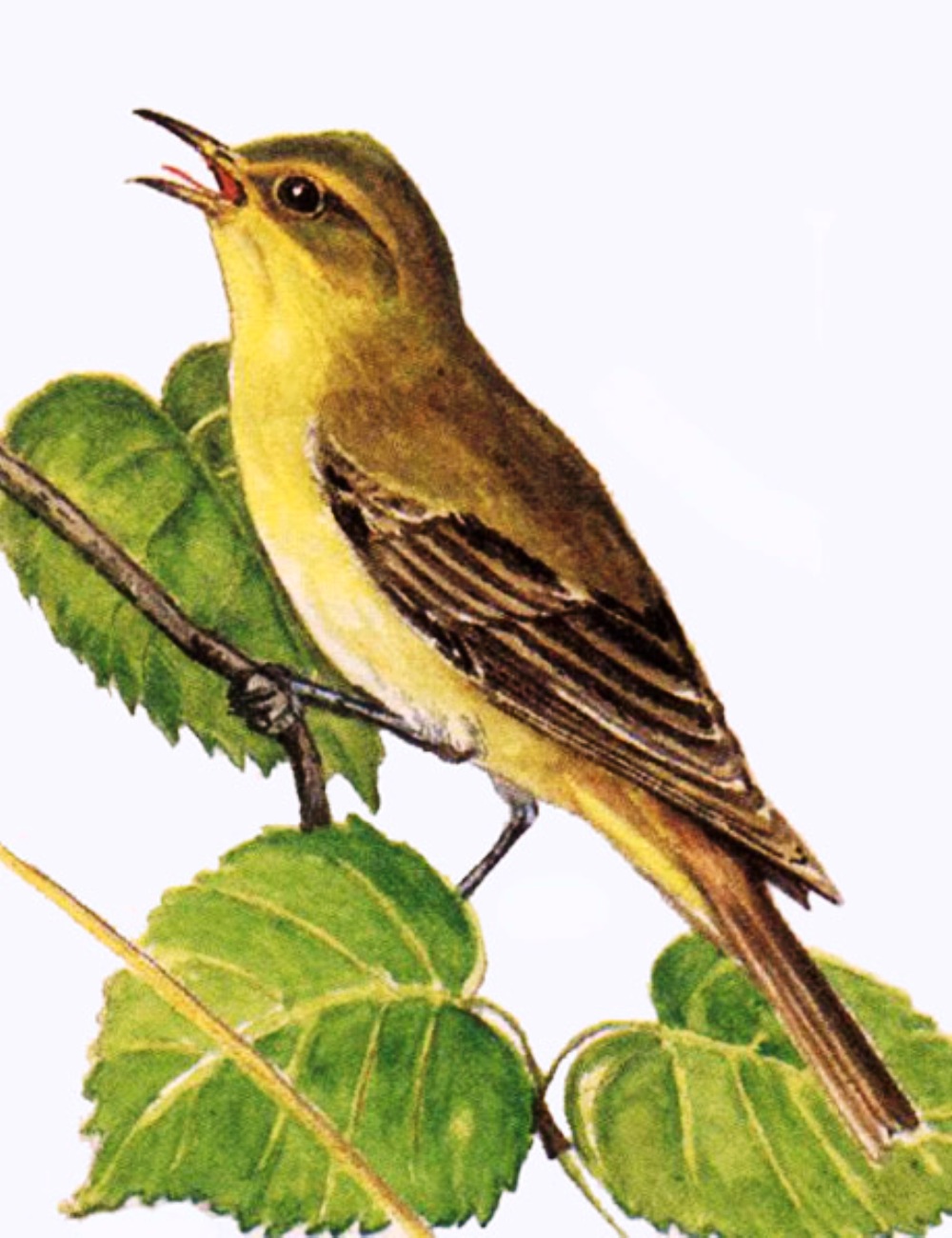 Description –
The Icterine warbler is a bird with a length of 13-14 cm and a wingspan of 21-23 cm.
The species does not present sexual dimorphism and both sexes have a predominantly gray-green coloring in the upper parts and pale yellow in the lower ones; a slight faint yellow streak starts from the base of the beak and crosses the eye.
The beak is large, orange in color, tending towards blackish in the upper part.
The legs are bluish-gray in color and the young are very similar to adults but with a lighter border on the wing coverts.

Biology –
Hippolais icterina begins the breeding season in late May; in this period a single brood, occasionally two, of 3-5 eggs is laid.
The nest is built by the female, in a bush, which hatches the eggs and warms the chicks, while both partners take care of the nestlings.
The Canapino major is a monogamous species.
The singing of this bird is typically a fast nasal grunt that assimilates that of other species. The verse is described as teak or tec, tec, tec ..

Ecological role –
Hippolais icterina is a migratory species, with the entire population wintering in sub-Saharan Africa, mainly south of the equator. It begins its migration south from late July, with a peak in early August and returns to breeding places in late May.
From the food point of view it is a mainly insectivorous bird but with a fruit-based diet in late summer.
Food is caught or caught in the foliage by taking insects on the leaves or fluttering.
It is a rather solitary and territorial species both in the breeding areas and in the one where it hibernates.
This species has a rather vast distribution area so it does not come close to the vulnerability thresholds, even if the population trend is decreasing.
For these reasons, according to the IUCN, the species is assessed as of minimal concern.