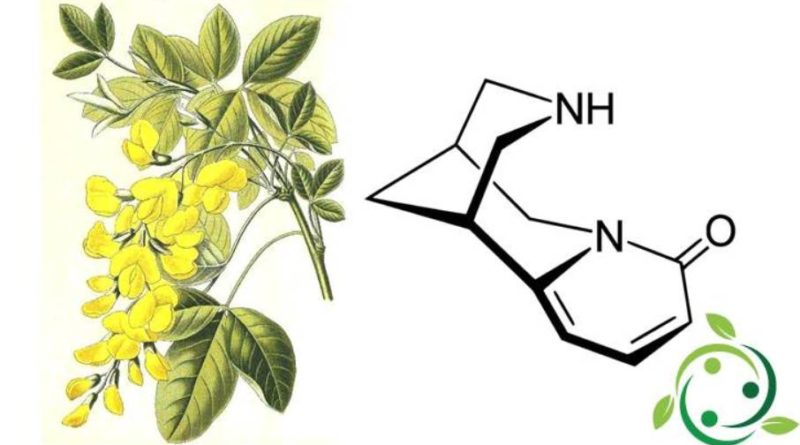 Cytisine is an alkaloid having a brute or molecular formula: C11H14N2O.
Cytisine occurs naturally in various plant genera, such as Laburnum and Cytisus from the Fabaceae family.
This molecule has found, especially in recent times, an enhancement among the drugs used to help tobacco cessation.
Cytisine derives mainly from a plant, Laburnum anagyroides Medik., 1787, which is best known as laburnum, for the large yellow pendulous flowers that appear in the month of May. In poison control centers it is mentioned among the plants to pay attention to because it is toxic if ingested, but the cytisine that was obtained already in the nineteenth century was used to produce medicaments and syrups against a wide range of ailments, from cough to constipation. However, it is necessary to arrive at the 1960s, especially in Eastern European countries, when it began to be studied in the fight against smoking. Everything would have started from the experience of Russian soldiers who during the Second World War, having no tobacco, smoked laburnum leaves.

Thus, the first studies on cytisine were started, important confirmations arrived and, for some years, its use has also been spreading in Western Europe.
Cytisine acts as a partial nicotine agonist, with a mechanism similar to that of another anti-smoking drug, varenicline. It acts on the nicotine brain receptors, “deceiving” them, and helping to mitigate the effects of abstinence when you stop smoking and facilitating the gradual abandonment of cigarettes.
However, taking cytisine can cause side effects such as nausea, bloating, increased appetite and sleepiness, among the most frequent. However, it is a molecule of relative and recent study of which further research and verification must be carried out.