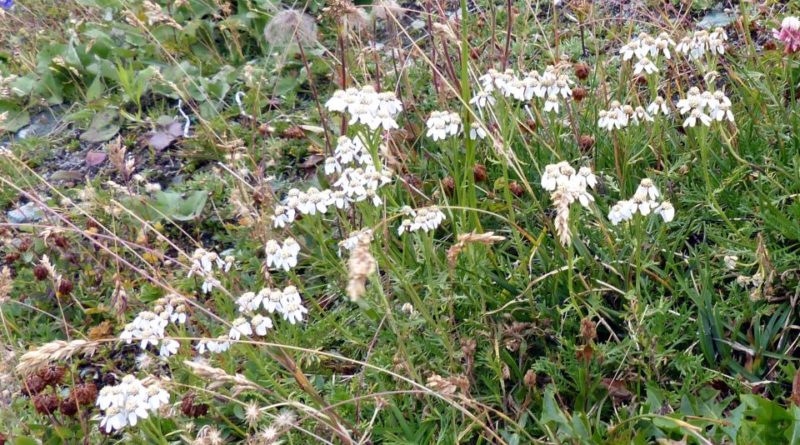 The Black Yarrow (Achillea atrata L., 1753) is a herbaceous species belonging to the Asteraceae family.

Systematic –
From a systematic point of view, it belongs to the Eukaryota Domain, the Plantae Kingdom, the Spermatophyta Superdivision, the Magnoliophyta Division, the Magnoliopsida Class, the Asteridae Subclass, the Asterales Order, the Asteraceae Family, the Asteroideae Subfamily, the Anthemideae Tribe, the Achilleinae Sub-tribe and therefore the A. Achillea and the Genus A. .
The following terms are frequent synonyms:
– Achillea atrata subsp. halleri Fournier;
– Achillea impunctata Vest (1820);
– Achillea multifida Griseb. (1846);
– Ptarmica atrata (L.) DC ..

Etymology –
The term Achillea comes from the name dedicated from the genus to Achilles (in Greek Aχιλλειοϛ Achilleios), mythical Greek hero who would have used some species of this genus to heal the wounds suffered in battle by his soldiers; a very ancient remedy so that this is one of the medicinal herbs found in an Iraqi necropolis of the Neanderthal man dating back to 60,000 years ago. The name Achillea was already present in the Greek physician Galen’s De simplicium medicamentorum facultatibus (129-200 AD)
The specific epithet atrata comes from black, blackened, darker ater, darker than congenital species of similar appearance.

Geographical Distribution and Habitat –
The Black Yarrow is an endemic species of the Alps where it is present mainly in the central and eastern part. Across the border, also in the Alps, it is located in France (department of Haute Savoie), Switzerland, Austria and Slovenia. On other European reliefs it is present only in the Dinaric Alps.
The typical habitat is that of cliffs, stony areas and alpine screes where it grows preferably on limestone substrate but also calcareous / siliceous with a basic pH, low nutritional values ​​of the soil which must be moderately humid and on an altimetric distribution that goes, on average, from 1500 to 3000 m asl, although some specimens have been found on the Finsteraarhorn, a mountain in the Bernese Oberland (4,274 m) in Switzerland. 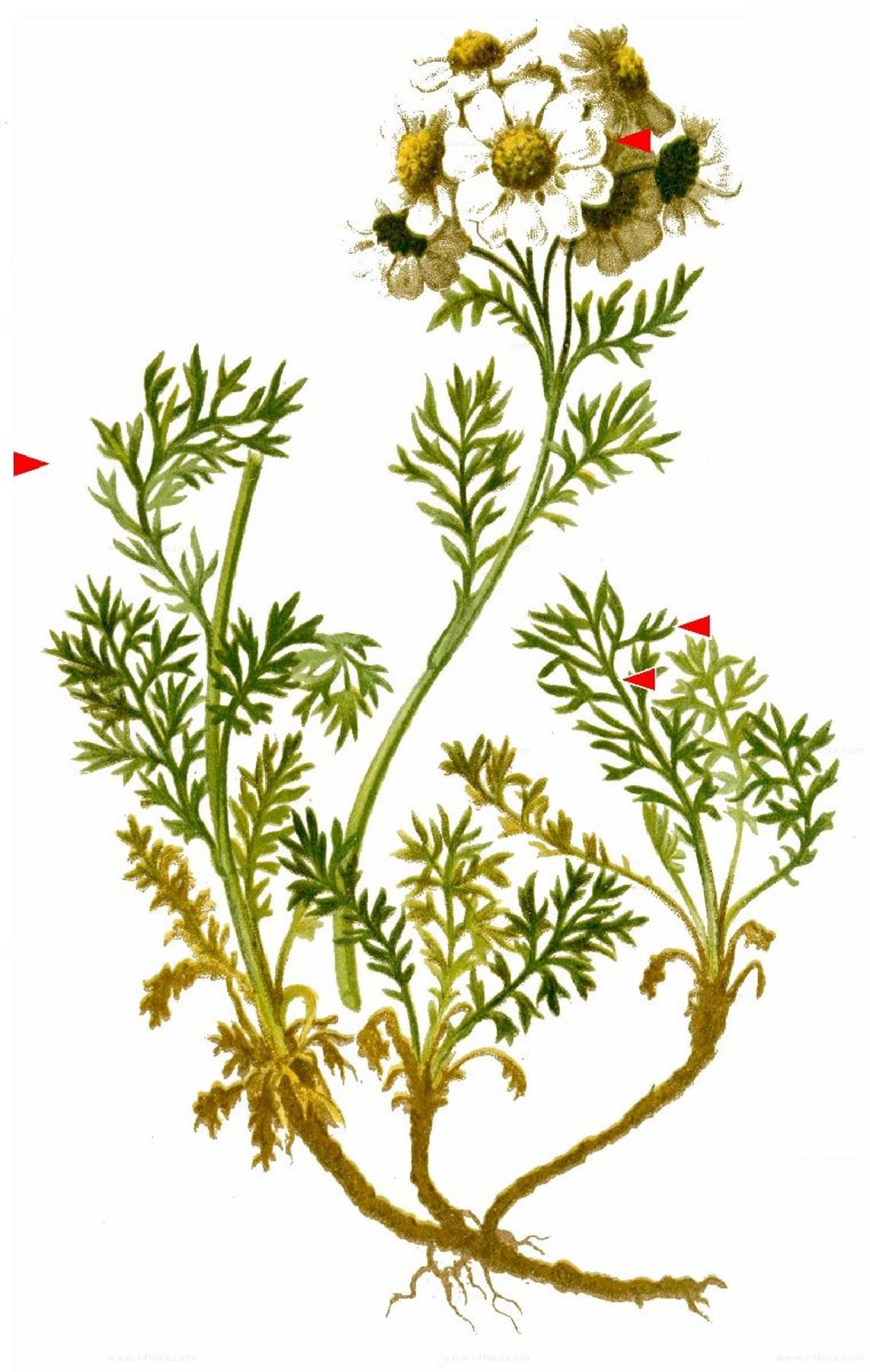 Description –
Black Yarrow is a perennial, bushy, glabrescent, not very aromatic plant.
The stems are creeping, woody at the base, with short sterile and ascending or erect floral shoots, covered with dense reddish or whitish hairs 0,5-1 mm long; height of 5-20 cm.
The lower leaves are bipennatosette composed on each side of 6-12 divisions about 1 mm wide, divided in turn into 2- 5 sharp segments, those of the caule are progressively smaller, glabrous or hairy, rather soft.
The inflorescence is a ± umbrella-shaped terminal corymb, consisting of 3-10 pedunculated flower heads of 12-18 mm in diameter. In this, each flower head is composed of tubular flowers in the center of a yellowish-green color and ligulate flowers (6- 12) on the outside with white and obovate lobes, with protruding yellow stigmas. The cylindrical envelope is 6-8 mm long and has ± equal scales with a large border, marginal, scarlet blackish of 0.5-0.6 mm.
The antesis is between June and August.
The fruits are about 2 mm long compressed achenes, all equal to each other, without pappus.

Cultivation –
Achillea atrata is a spontaneous plant, endemic to the area of ​​the mountain range of the Alps where it grows on limestone or siliceous soils but with a basically basic pH and poor soils. It can however be reproduced starting from seed but in areas with climatic conditions similar to those of natural diffusion.

Uses and Traditions –
Achillea atrata is a plant that in popular use was recommended as a remedy for neuralgia and headache.
As for the similar species, being the plants of this genus somewhat similar, in order to distinguish this species from the others one must first of all start from the fact that it is a typical plant of the high alpine altitudes and with fairly restricted areas, with leaves divided into narrow lacinias and stems not very tall. It can also be identified for its basically hairless habitus and for the scarioso and black edge of the scales of the envelope.
Furthermore, it seems that this plant can play an interesting role with regards to the digestive function, as a regulator of gastrointestinal motility, for the elimination of gases, the fluidity of bronchial secretions and, moreover, for the regularity of the sweating process.

Preparation method –
The Black Yarrow is a plant that, for some time, has been recommended for cases of neuralgia and headache; it also seems to have other potential, using both the herbaceous part and the flowers, but there is no exhaustive research on how to use it with valid medical criteria.