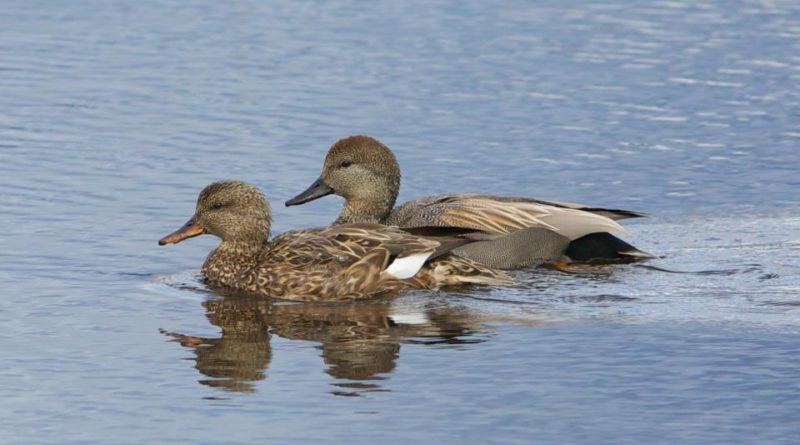 Gadwall (Mareca strepera (Linnaeus, 1758)) is a bird belonging to the Anatidae family.

Systematic –
From a systematic point of view it belongs to the Eukaryota Domain, Animalia Kingdom, Phylum Chordata, Aves Class, Anseriformes Order, Anatidae Family, Anatinae Subfamily, Anatini Tribe and therefore to the Mareca Genus and to the M. strepera Species.
The term is synonymous:
– Anas strepera Linnaeus, 1758.

Geographical Distribution and Habitat –
Gadwall is a migratory and sedentary species with spread both in Eurasia and North America. The European distribution of this species is punctiform, especially in the south-western areas. In Italy it is present in the Po Valley, Lazio and Sicily. Recent colonization in Sardinia in the last decade.
Its habitat is linked to both fresh and brackish water wetlands, such as swamps, ponds, lakes, lagoons, etc., provided they are covered by adequate emerging vegetation. Its presence in marine areas is rarer. 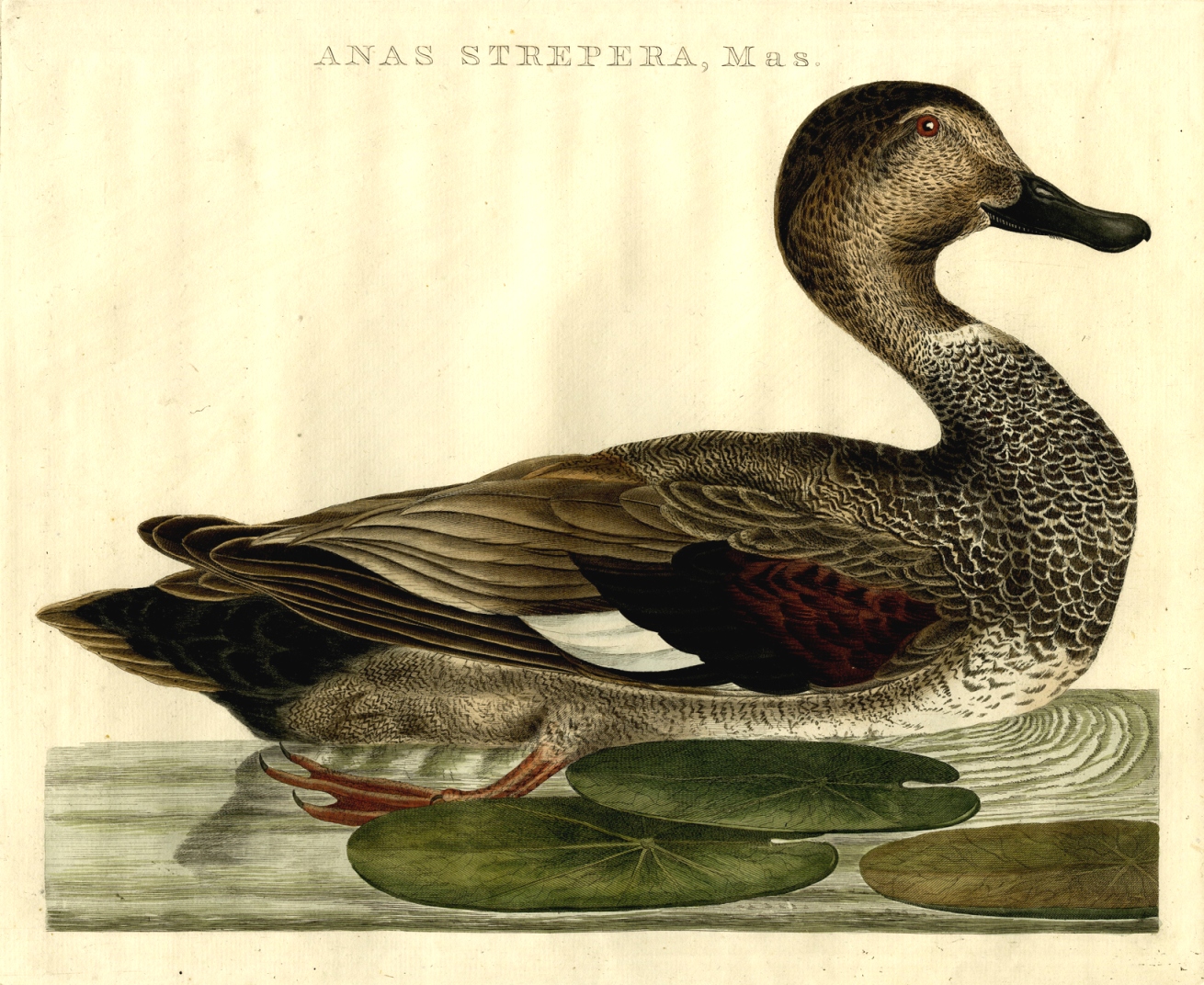 Description –
This species is included in the group of “surface ducks”, as they only dip the head to feed, without going completely underwater.
The gadwall has medium-large body dimensions, with a length between 46 and 56 cm, a wingspan of 84–95 cm and with high sexual dimorphism.
The male can be recognized for his grayish livery with the black coverts and undertail, the wing coverts are brown and with a white spot on the wings, evident both when in flight and when stationary; the beak is gray and the legs are yellow-orange.
The female is instead of a light brown color, similar to other ducks, but distinguishable by the white abdomen, the shorter tail than other ducks and the orange stripes on the sides of the beak.
The weight fluctuates on average between 700 and 850 grams.

Biology –
Gadwall is a monogamous species, with a reproduction period between April and June, when the female lays, once only, 8-12 eggs which are incubated for a period of 27-28 days.
The offspring is cared for by the female for a period of 7 weeks.
The young can leave the nest immediately after birth but become ready to fly at 45-50 days of age.

Ecological role –
The Mareca strepera is a species that nests in central, southern Europe, central Asia and in the central-western states of North America. It migrates south to the tenth parallel north.
This species in Italy runs from September to November and spends the winter there in the period of March.
It is a duck of gregarious habits although it does not form very large groups. Little noisy, it emits calls similar to those of the mallard.
The gadwall is also very elegant in bearing and swimming, with a very agile but not very linear flight, with abrupt discards and rapid flapping of wings.
Flocks in flight have a disordered formation. It is often observed in mixed groups with mallards but, in some areas of its reproductive range, Gadwall nesting inside large colonies of seagulls and terns.
Its flight is fast and almost vertical. If injured, it can swim underwater.
La Gadwall goes in search of food, thus avoiding competition with species that occupy the same ecological niche.
Its diet is mainly based on vegetables such as algae, roots, barley, rice and exceptionally also insects and small snails but also small amphibians and fish.
The area of ​​the Italian population is small with a number of mature individuals (year 2002) estimated at 100-200 and is slightly decreasing after a phase of increase probably due to a recent colonization.
For these data, the Italian population should therefore be classified as a Danger due to its small size; however, it must be considered that the species in Italy has recently been colonized. Furthermore, it is generally stable in a large part of its European range (BirdLife International 2004) so ​​it is probable that the immigration of new individuals from outside the region may continue in the near future. For these reasons, in the final evaluation the species was downgraded to Vulnerable (VU).
The main threats to this species are related to the transformation of the nesting and feeding habitat, the unsustainable hunting harvest and illegal killings.
In fact, in many Eastern European countries, Gadwall is in sharp decline due to reclamation, anthropogenic disturbances and environmental changes.