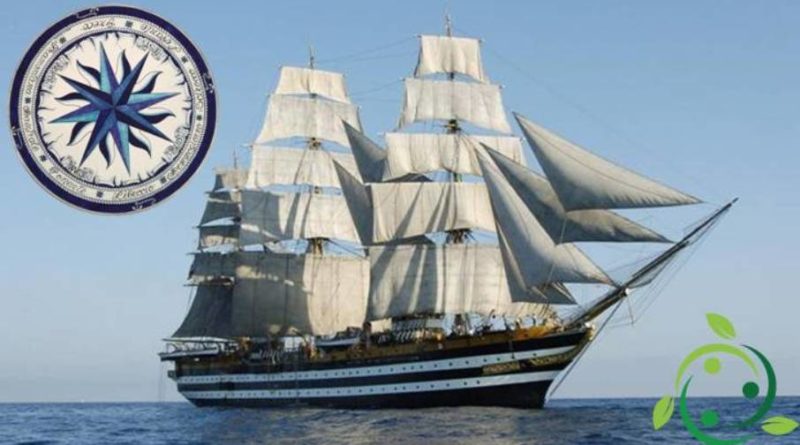 The wind rose is a diagram that schematically represents the origin of the winds that persist in a certain region during a rather long period of time.
The wind rose is also called the wind star or the symbol of the winds.
The simplest wind rose is the one with four points which correspond to the four cardinal points: North, South, East and West.
The wind rose is also a graphical statistical analysis tool for directional data that is used, especially in meteorology as it allows you to synthetically represent the distribution of wind speeds by direction of origin in a given place.
It is a polar graph in which for each direction the arms are colored with bands corresponding to the wind speed classes. In this graph also the length of the arms varies according to the frequency of the winds for each direction.
The Rosa dei Venti is perhaps the most widespread symbol in boating but also in other sectors such as aeronautics.
In addition to the simpler wind rose, which is the four-point one, there are other veins, including 8-pointed ones, each of which identifies a cardinal point (primary or secondary) and a characteristic wind of the Mediterranean sea. The wind blowing from the north is called Tramontana, the wind from the south is called Ostro or Mezzogiorno, from the east we have the east, from the west the west. The other four points indicate North-East (Grecale), South-East (Scirocco), South-West (Libeccio) and North-East (Mistral).
But there are not only with 4 and 8, wind roses with 16 points, based on the degree of precision that you want to obtain, but it is possible to represent the same scheme also with 32, 62 or even 128 points.
At the time of sailing, the wind rose also had 32 subdivisions, called only “rhombuses” or “quarts”. For example, “six-quarter wind” meant that the wind blew from the direction indicated by the sixth fourth, counting clockwise from the north or the bow of the ship.
However that may be, the history of the winds, as we know it today, has in any case a long history that is lost in that of boating. 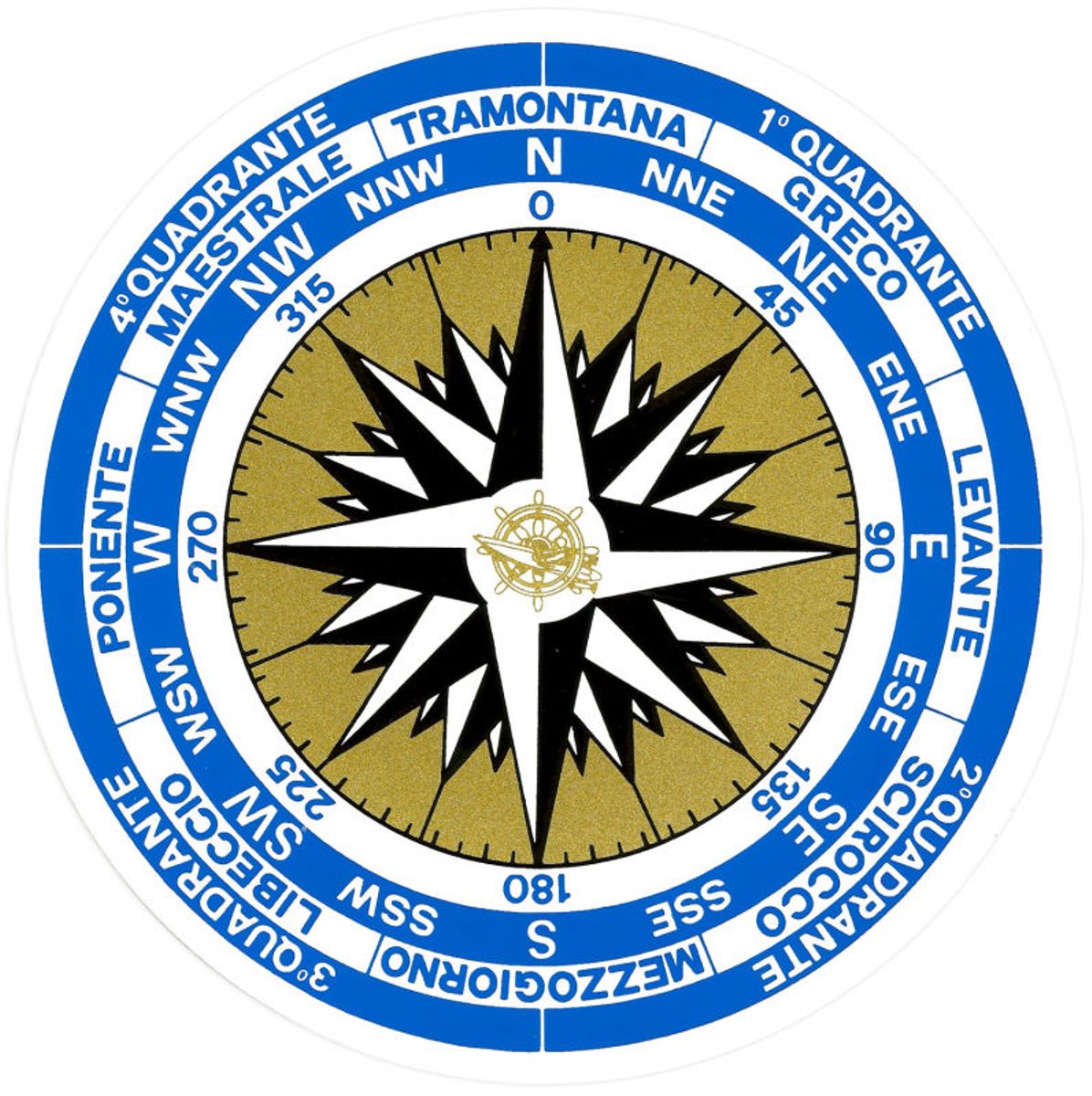 At the time of Homer, Mediterranean navigation took place mainly using known and visible coastal landmarks, while in the rare crossings on the high seas it was generally sufficient to observe the position of the sun or stars. In the case of overcast skies, the only help to sailors was represented by their knowledge of the winds which, blowing from generally constant directions, allowed to follow the desired routes.
In ancient times, eight winds were known to the Greeks (Boreas, the North; Kaikias, the North-East; Apeliotes, the East; Euros, the South-east; Notos, the South; Lips, the South-West; Zephyros , the West; and Skiron the North-West) and generally made each wind coincide with the direction to follow for a particular route.
In this sense, the Tower of Winds in Athens could be considered a huge and primordial wind rose on which eight semi-divine creatures still indicate the directions of the winds.
It was Pliny who resumed his Hellenic studies and represented an 8-pointed Rosa dei Venti specific for sailors, translating the names into Latin in the first century AD.
However, it is necessary to arrive at the year 1000 to have an evolution and technical progress in the use of this system, when the growing commercial traffic with the East stimulated the improvement of navigation systems.
The creation of an effective compass to be used on board ships most probably dates back to the thirteenth century, as demonstrated by the appearance of a nautical chart with the compass rose divided into 64 sectors, obtained by dividing the eight classic winds (now named, by Clockwise north: Tramontana, Greco, Levante, Scirocco, Ostro, Libeccio, Ponente, Maestro) in four quarters each.
Obviously the introduction of the compass replaced the observation of the winds as the main reference point in navigation, and the development of ever more in-depth knowledge in the field of mathematics made ocean navigation possible, starting the era of great discoveries.