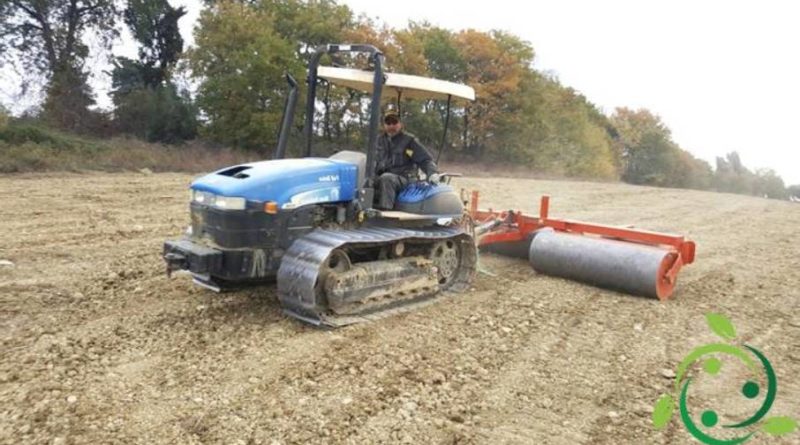 With the term rolling, in agronomy, we mean that job that you do with the compressor roller, it makes a tool consisting of a load-bearing frame and one or more cylinders with a smooth surface, which exerts a slight compression of the soil worked before or, often, after sowing.
The rolling operation can, however, also be performed with other tools that may present modifications to improve the work for certain purposes.
One of the most used tools in this sense is, for example, the clod roller, composed of a series of discs with smooth or shaped surfaces in order to exert a more energetic crumbling of the lumps on the surface.
Another particular type, but less used, is the subcompressor roller, designed to exert an action of surface crumbling and especially of deep compaction in order to reduce the excessive cavernosity left by the processes.
In general, the rolling is performed for different purposes, usually immediately after sowing in order to slightly compact the soil and further reduce the surface clodiness. In this way the soil is allowed to adhere better to the seed and, at the same time, the causes of failure in the seedlings emergency phase are reduced.

The rolling can also be performed after a milling and before sowing: in this case the aim is to reduce the excessive softness of the soil as the subsequent settling could alter the sowing depth. Rolling is carried out with rollers designed for this purpose, light enough not to excessively compact the ground, with a smooth or toothed surface or made with a cylindrical metal grid. Often the roller is combined with the seeder, therefore the operation is performed with a single step in correspondence with the sowing.
The purposes of the rolling can however be different; the main ones include the following:
– compress the soil on the surface in order to make the earthy particles adhere better to the seed;
– further crumble the surface lumps to obtain a less uneven surface and reduce emergency failures;
– make the surface left by a coarse complementary work more regular;
– reduce the excessive softness of a soil worked with milling;
– to mortify an excess of vegetative luxuriance of cereals in spring, before rising;
– a particular rolling, with lighter rollers, is also performed in the sports green, e.g. in football fields, to obtain the visible phenomenon of streaks with different colors. In this case, the roller is passed in the opposite direction to obtain the two shades of reflection of the grass.