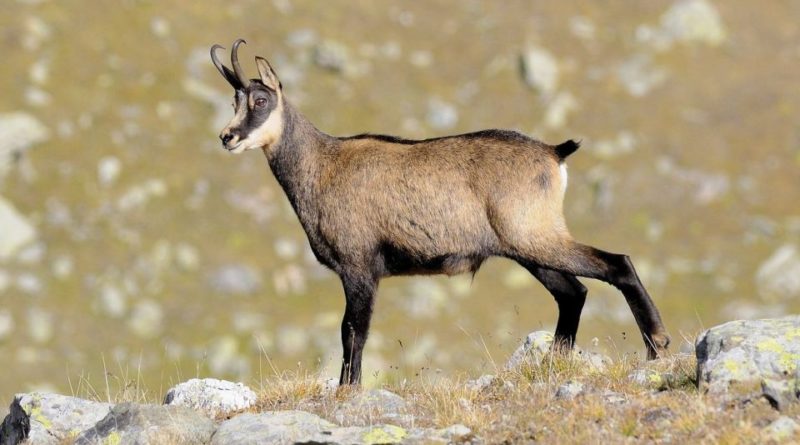 The Pyrenean chamois (Rupicapra pyrenaica, Bonaparte 1845) is a mammal belonging to the Bovidae family.

Geographical Distribution and Habitat –
The Pyrenean chamois is a goat antelope that lives in the Pyrenees, the Cantabrian Mountains and, in Italy, in the central Apennines.
Its typical habitat is the subalpine and alpine ones, where it frequents forest areas rich in undergrowth and interspersed with rocky and steep walls, clearings and gullies, grasslands, the margins of the stony ground and above all the grass ledges above the limits of the tree vegetation . The groups of females, young males and sub-adult males habitually frequent the meadows at altitude during the winter season (1200-1700 m s.l.m.) being able to go up to 3000 m s.l.m. in the summertime. 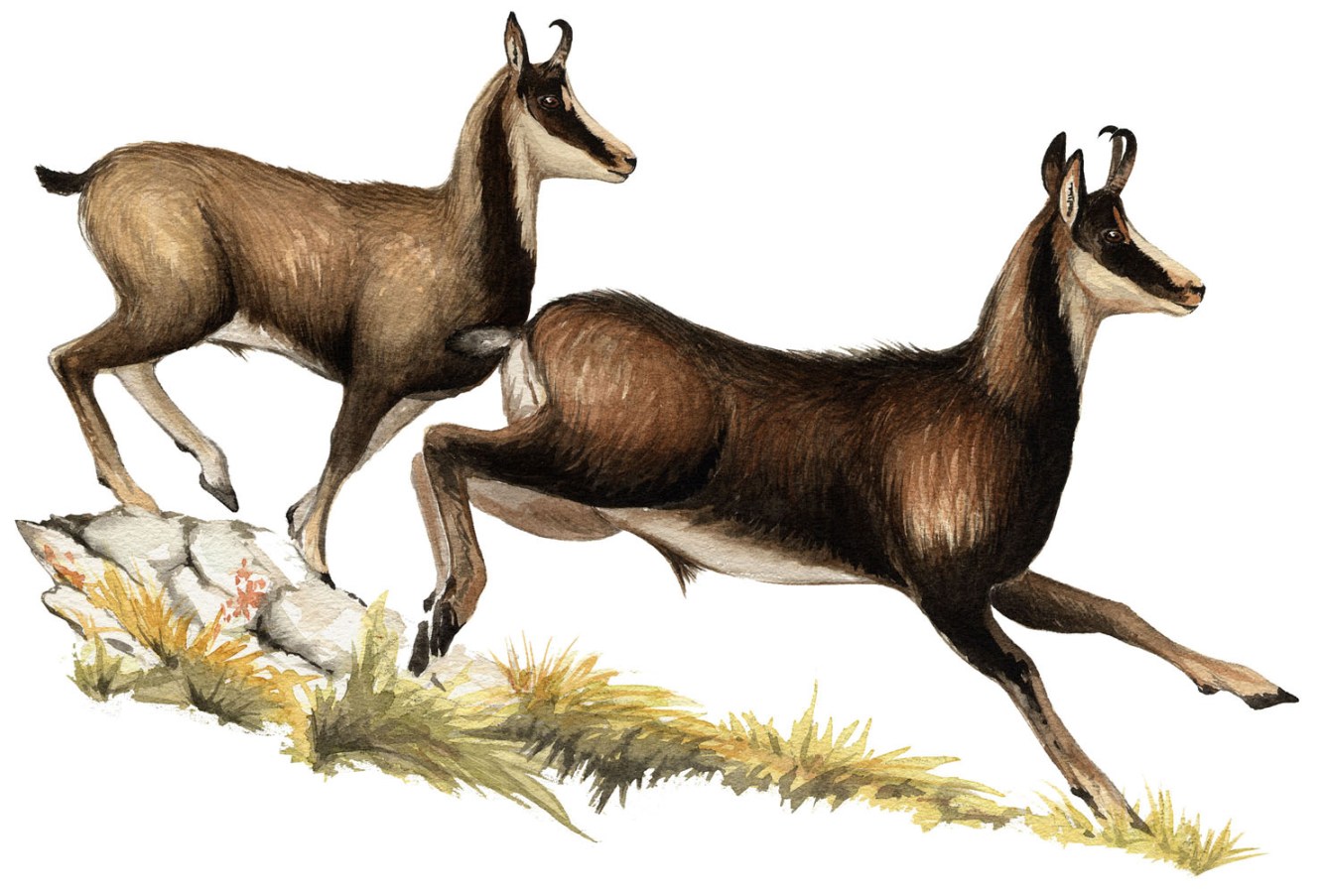 Description –
The Pyrenean chamois is an animal that has a total body length, measured from the end of the head to the root of the tail, which varies between 100 and 110 cm and an average height, measured at the withers, of 70 cm.
Body weight that is influenced by age and gender varies in adult males between 25 and 40 kg, in adult females between 25 and 32 kg.
It is generally a species with very small sexual dimorphism with the exception of the horns, which in the male have a larger base and are more hooked.
Other differences are found in the neck (more massive in males), and in the ventral profile (in the male, more convex; while in the female it seems divided into two halves).
In addition, the male is distinguished by the brush (tuft of hair that departs from the penis), visible especially in the winter.
It has a summer coat of color is brown-rust, while in winter it becomes brown / black with darker spots around the eyes.

Biology –
The females and juveniles of the Rupicapra pyrenaica live in packs, with the males remaining there for up to 2-3 years to then lead a solitary life until the age of reproduction.
Sexually mature males, from 8 years onwards, and in this period they gather in the pack for the mating season that begins in early November.
In this period clashes take place between adult males, sometimes even very violent – who vie for the right to mate with the females of the pack; once he has acquired this right in the field, he defends his harem from the incursions of other adult males.
Small chamois are born in the first half of May.

Ecological role –
The Pyrenean chamois is a herbivore linked to high altitude grasslands, over 2000 meters, and is an animal used to living in inaccessible places, especially on rocky walls and ledges where it shelters to escape the attacks of predators.
In the summer it lives in the high mountains, while in winter it drops to lower altitudes, at the limits of vegetation, preferring walls facing south where the snow melts quickly and it is therefore easier to find food.
As for social characteristics, the chamois lives in flocks made up of females with the young and young of the year, while adult males in the summer lead solitary life and then reunite with the flock in the autumn when the mating period begins. In late winter, the adult males will be removed, thus returning to solitary life.
The Pyrenees chamois, in case of danger, emits an alarm whistle to warn the intruder not to advance. Otherwise, he escapes by taking shelter on very steep rocky walls.
Among the natural predators of this animal we remember the wolf, which today returned to the entire Apennines, in a very small percentage the Marsican bear, the lynx and the golden eagle.
However, the real threat is always represented by man, especially through unregulated tourism and poaching.
In particular, the chamois of Abruzzo owes its salvation to the establishment of the Abruzzo National Park in 1923, which arose precisely to protect the last specimens of chamois (and Marsican bears) still alive in the Camosciara area (no longer of 15-20 specimens).
As for nutrition, it feeds on grass, lichens and tree shoots. Agile and firmly on its legs is found every type of mountain environment, as mentioned, up to 3000 m of altitude.
The diet of the females seems to be linked, between spring and autumn, to the vegetable community of Festuco-Trifolietum thalii, which provides a particularly protein-rich food, important during the lactation and weaning phase of the offspring.
Adult males, over 3 years of age, show solitary tendencies and seem to prefer wooded areas and morphologically more complex and rocky areas throughout the year with the exception of the breeding season.
Chamois, hunted to near extinction in the 1940s, since then the population has shown a strong recovery and in 2002 a population of 25,000 was estimated in the Pyrenees.
Even the Apennine population was driven to the brink of extinction: in the seventies of the twentieth century only a single nucleus of 250-300 specimens remained in the Abruzzo National Park. In 2015, the population increased to over 2,700 animals, and is now widespread in the five main mountain massifs of the central Apennines.