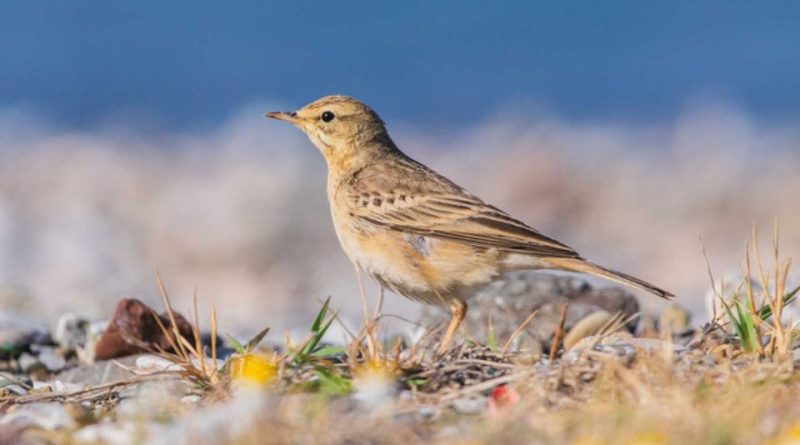 The tawny pipit (Anthus campestris (Linnaeus, 1758)) is a passerine bird belonging to the Motacillidae family.

Geographical Distribution and Habitat –
The tawny pipit is a bird that we can find in a vast range that includes central-southern Europe, central and southern Asia and northern Africa.
In Italy, it is spread almost everywhere and in the period of October it emigrates to the south to winter in much of equatorial and tropical Africa, southern Arabia and India, to return to the north in April of the following year.
Its habitat is that of sandy, bushy and uncultivated areas. 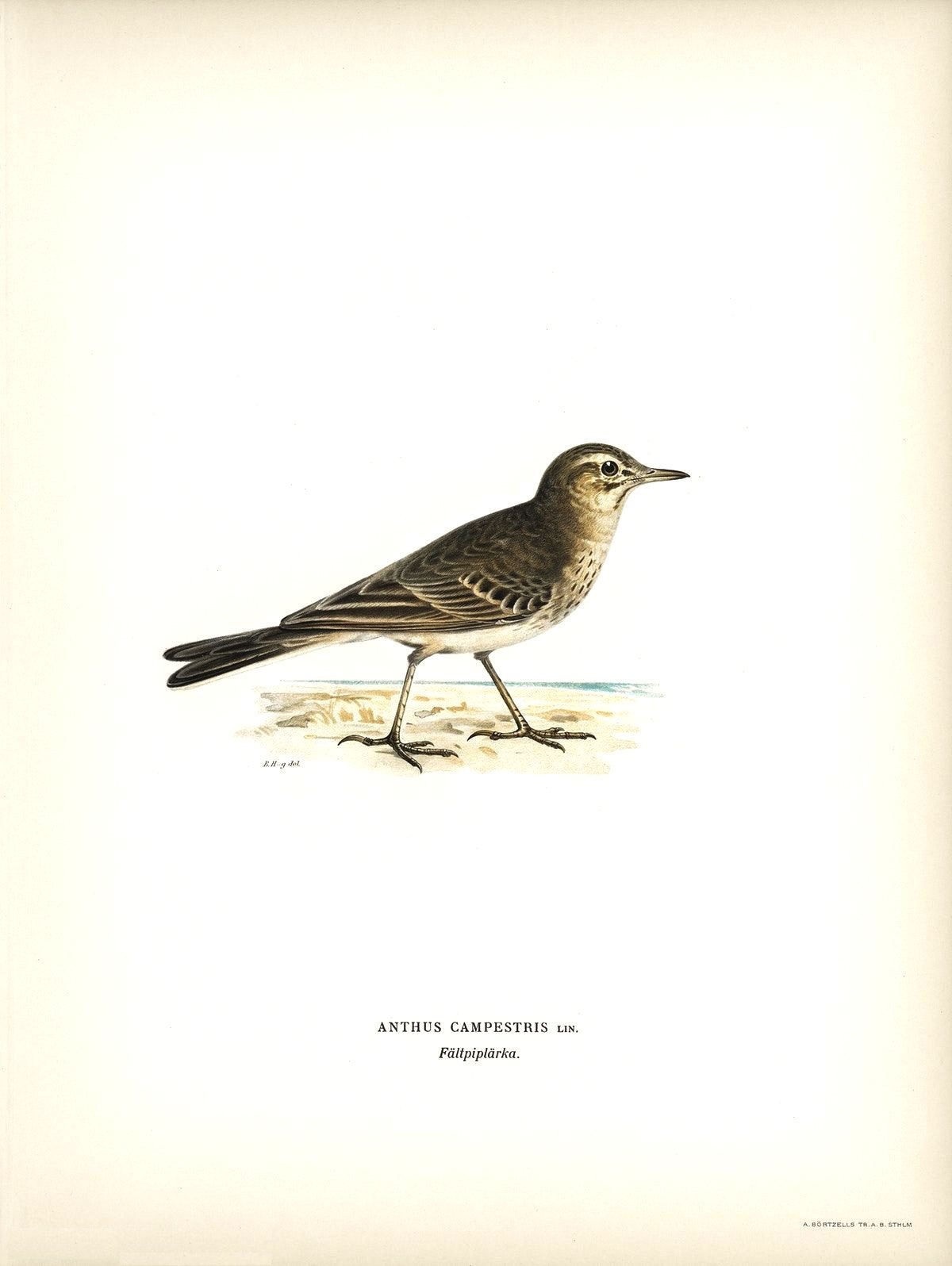 Description –
Anthus campestris is a bird that does not exhibit sexual dimorphism with an average length of 16 – 18 cm and a wingspan of 26 – 31 cm.
Adults can be recognized as they have light brown – yellow upper parts with dark brown speckles, much less marked on the shoulders and neck.
The throat and lower parts are dirty white with very few brown streaks between the shoulders and chest.
The legs are light brown – yellow while the beak is orange in the lower part and blackish in the upper one.
Young people are completely similar to adults but with the presence of more evident streaks on the back and chest.
This flying bird is recognized for its speed as it spreads its wings and then picks them up suddenly and in the air it describes meandering trajectories with sudden descents and vertical trajectories.
Quite similar to the Larks instead as regards the song and the movements in that it runs in an almost horizontal position by rhythmically raising and lowering the tail.

Biology –
Anthus campestris builds its nest in depressed areas of the ground, covering it internally with dry grass and roots and on the outside with dry leaves, moss and roots.
The eggs are hatched only by females, they are generally 4 or 6 per brood and are recognized for having a white color streaked on the almost brown reddish.

Ecological role –
The tawny pipit is a bird of timid and somewhat cautious behavior with a song that, as mentioned, recalls that of the lark (Alauda arvenis L.).
This bird feeds mainly on seeds and small insects and is a summer nesting migratory species throughout the peninsula, Sicily and Sardinia.
In Italy the range of the species is quite vast (greater than 20000 km²) and the Italian population is estimated at 30000-80000 mature individuals. Although there is evidence of a slight overall decline of the species in Italy this does not seem to be large enough to reach the limits necessary to classify the Italian population in a category of threat (population decline of 30% in three generations). For these reasons the Italian population is classified as a minor concern (LC).
The main threats are however represented by the transformation of the nesting and feeding habitat.