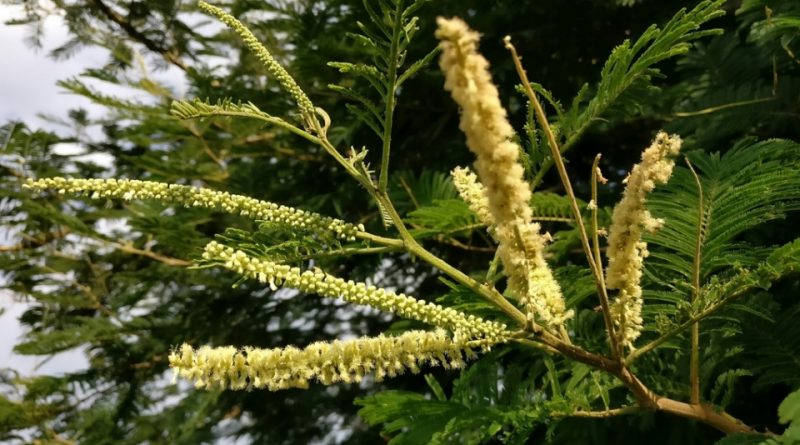 Etymology –
The term Senegalia refers to Senegal, a nation in West Africa, presumed to be the place of origin of plants of this genus.
The specific epithet polyacantha comes from the Greek prefix πολυ- poly- “very, many and from ἄκανϑα ácantha spina: which has many thorns.

Geographical Distribution and Habitat –
Senegalia polyacantha or White Thorn, which means white thorn, is a plant native to South Africa and widespread in tropical Africa, which extends from Gambia to Ethiopia and south to Kenya and Zimbabwe. It has a limited distribution in South Africa, being located only in Limpopo. Some specimens are found in the Kruger National Park, in the Punda Maria and Pafuri areas, it has also been introduced in the Caribbean.
The habitat is that of Africa’s humid and subtropical climates, usually in floodplains near rivers. 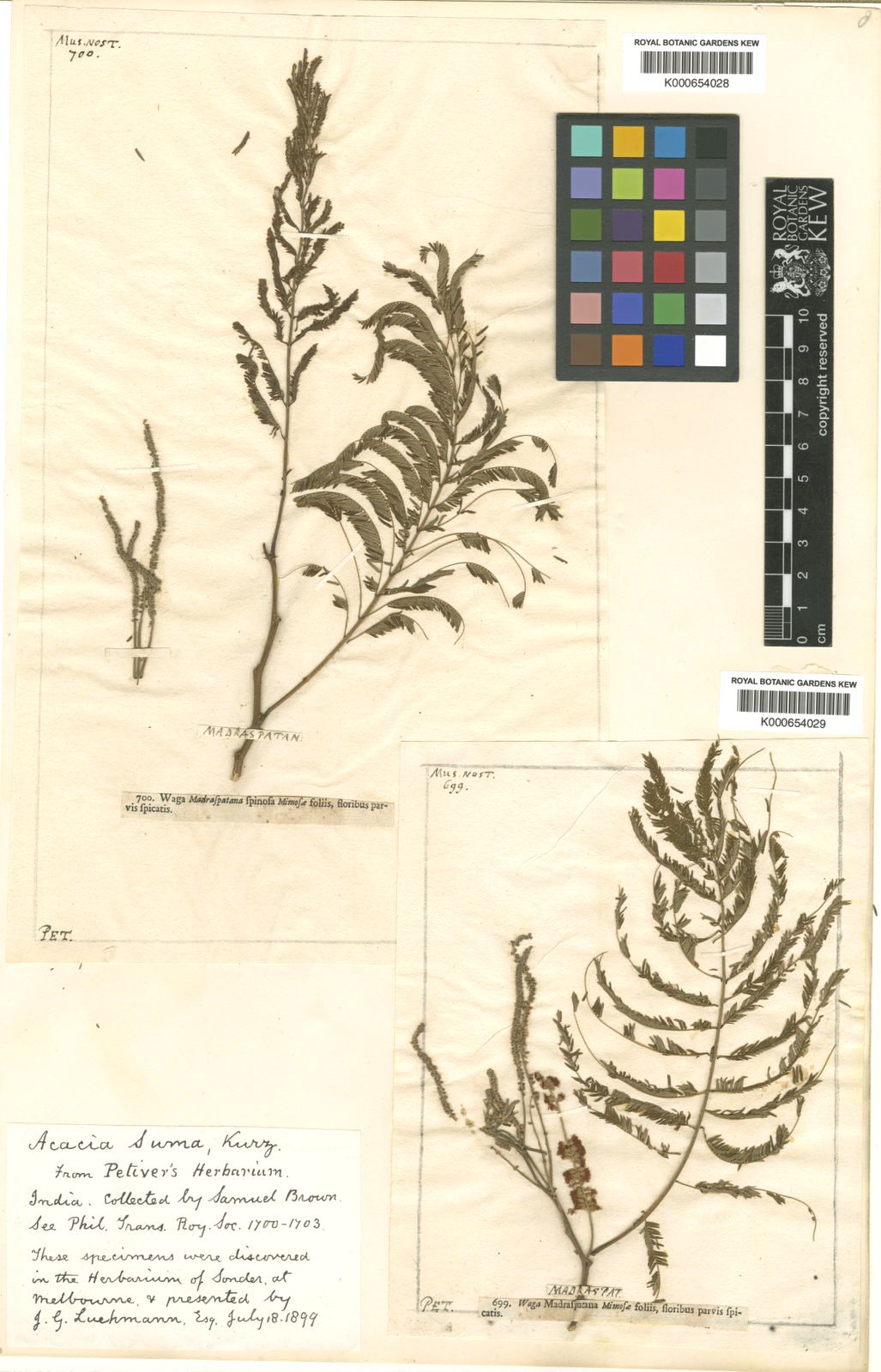 Description –
The Senegalia polyacantha is an arboreal species with an erect habit of 10 – 15 m. in height but which can reach up to 25 m. in height.
The stem of the younger trees appears yellowish with smooth bark and persistent thorns. As it ages, the bark becomes smoother and greyer, with the presence sometimes of flakes.
The young branches are covered with silvery hairs and the entire tree is covered with hook spines of dark brown to black color.
The leaves are composed with 14-35 pairs of opposing fins and 20-60 fin flyers. The leaves are quite large and individually arranged along the shoots. The upper surface of the leaves is darker than the lower one and has hairs on the edges and on the stem of the leaf.
The flowers that appear from September to December are light yellow to cream in color. The flowers are carried by spikes, which arise from the knots. These can appear individually or in groups of up to four and are sweetly scented.
The pods are brown, dehiscent, hairless or almost, ± pubescent, oblong, straight, venous, usually sharpened at the apex, 7–18 cm long and 1-2 cm. wide. The seeds are from subcircular to elliptical-lenticular, 8-9 mm long and 7–8 mm wide, with the presence of a medium-small central areola, 3-4 × 3-4.5 mm ..

Cultivation –
For the cultivation of this acacia we can start from the propagation by seed.
These must be previously immersed in boiling water to soften the hard external seed. They can therefore be sown in a well-drained and sieved soil and placed in a warm place until they germinate.
Germination can take 1 to 4 weeks. The seedlings can be planted when the two leaves have emitted or left even until they are no longer large and rooted; in this regard, however, care must be taken not to damage the delicate root system.
They can therefore be planted in individual containers and kept in full sun or partial shade with the substrate always kept humid.
The small trees can be transplanted after 2-4 years, depending on the size required.
Once the tree has become an adult, as well as for uses related to cultivation, they become large specimens and aesthetically suitable for medium-large parks or gardens.
This tree goes well alone or in a group with other trees. Furthermore, with its height and crown it can be an excellent plant for road trees.

Uses and Traditions –
Senegalia polyacantha is a plant from which a rubber is obtained that is normally used both for food purposes, especially in confectionery, in the manufacture of candies, and as an adhesive, while bark is used in tanning and as a starting base for products for l ‘tanning.
From this plant are also obtained good sources for both firewood and for various manufactures.
Both the roots and the bark are used for medicinal purposes and for magical rites.
With its strong smell, the root seems to be avoided by animals and in fact it contains chemical compounds that repel animals including rats, snakes and crocodiles.
In the territories of origin, parts of this plant are placed between the beams of the house to repel snakes.
In rural areas, the root is placed on the river crossing areas to ward off crocodiles.
The infusions obtained from the roots are used to treat snake bites and also to bathe children who have difficulty sleeping.
Preparations extracted from the root are used for the treatment of gonorrhea, venereal diseases, dysentery and gastrointestinal disorders.
The tree is also a plant that the larvae of the Anthene crawshayi feed on.

Preparation method –
Senegalia polyacantha is a plant with practically everything used. In addition to the extraction of the rubber from the resin that comes out of the plant, which serves as the basis for many pastry products, such as candies, various active ingredients are obtained from the roots and bark that find application, especially in the medicine of the people where it grows and is grown this plant, of various pathologies and diseases.