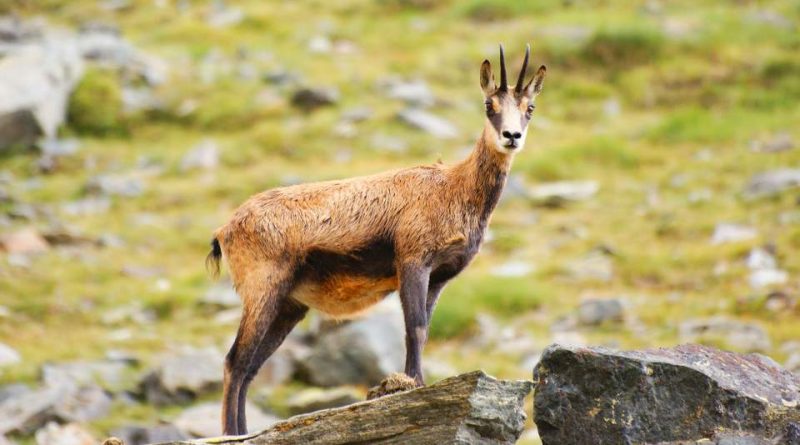 The Alpine chamois (Rupicapra rupicapra, Linnaeus 1758) is a mammal belonging to the Bovidae family.

Geographical Distribution and Habitat –
There are two species of Alpine chamois in Europe, which are: Rupicapra rupicapra and Rupicapra pyrenaica.
Alpine chamois is present on all the highest mountain groups in southern Europe and Asia Minor.
Its diffusion area extends to the French Alps, Italian Alps, Swiss Alps, Austrian Alps, Bavarian Alps, Liechtenstein, Jura Mountains, Slovenia and the Balkans. Furthermore, following reintroductions, it is present in the Black Forest, in the Vosges and since 1978 also in the Cantal del Massif Central France. In the north it reaches the High Tatras and in the early twentieth century it was introduced to New Zealand.
In Italy this species is widespread on the mountain slopes of the Alps, with the greatest presence of individuals in the provinces of Trento, Bolzano and Verona (Prealpi Veronesi) and in Piedmont, in whose territories 62% of Italian alpine chamois are currently concentrated.
The southern limit of the Alpine chamois in Italy is represented by the Province of Imperia and there is a presence of chamois also in the adjacent Province of Savona in the area from Monte Galero, today the new southern limit of distribution, even if the presence is demonstrated only in a seasonal way and the number of subjects present is still too low to withstand any adverse event. Since 1994 a small group of chamois has settled in the Trieste Karst probably following an illegal entry. 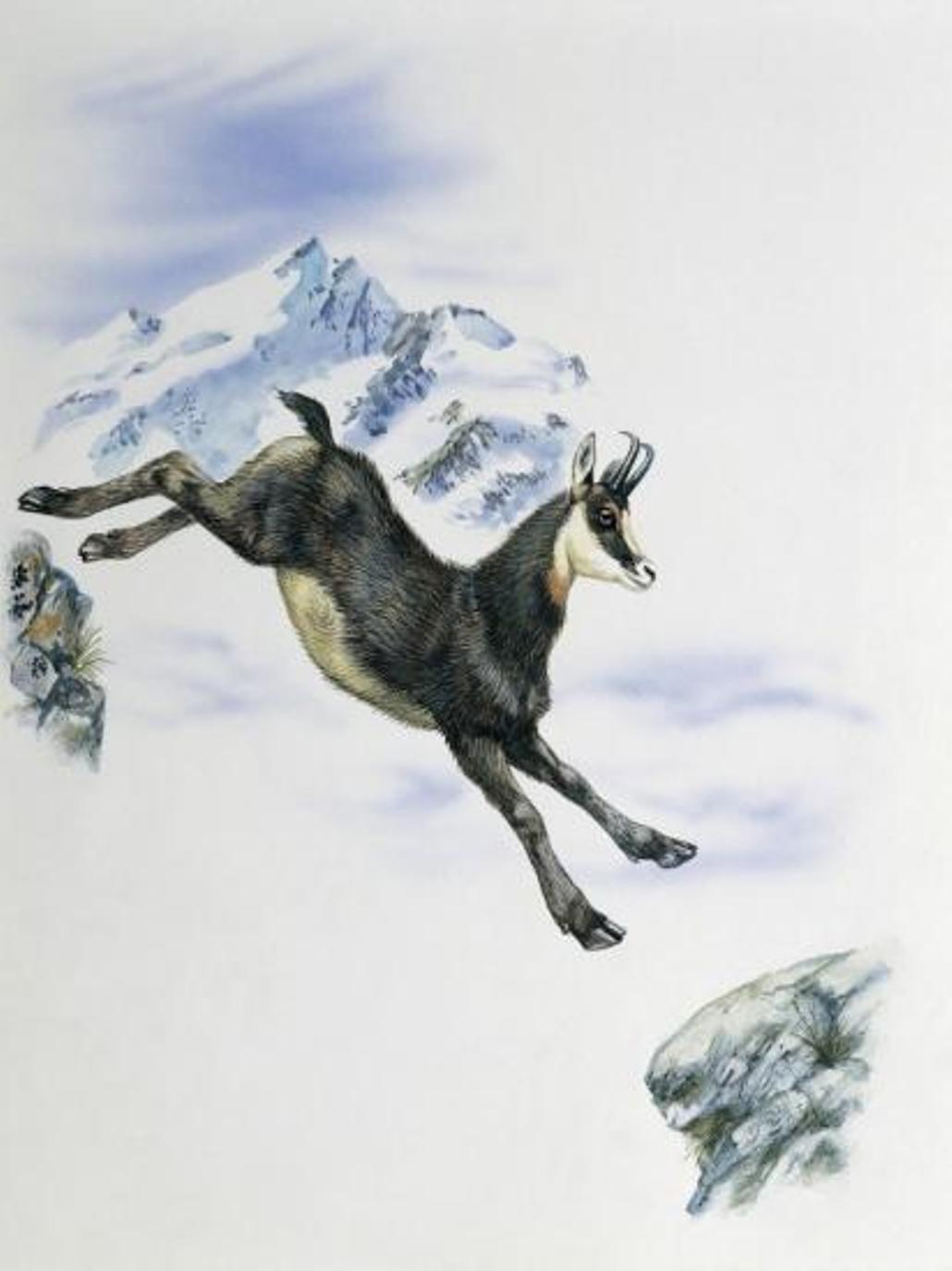 Description –
Rupicapra rupicapra is a ungulate species which, due to its shape and body size and its agility, is much closer to the antelopes and saigas than to the other Bovidae that today share with them the alpine environment, such as: Ibex (Capra ibex) , Mouflon (Ovis musimon) and the wild goat (Capra aegagrus).
This species is recognized for having a length between head and body of 110-135 cm, with a height at the withers of 70-80 cm, a tail of 9-15 cm, an average height of the horns of 22-30 cm and a weight oscillating between 25 and 45 kg.
The hooves allow the animal to move safely even on very steep slopes.
During the course of the year, the coat undergoes significant chromatic variations coinciding with the spring and autumn wetsuits.
There is thus a summer coat that is of a faint fawn color with the exception of the legs and a strip of hair along the vertebral column which maintain a dark gray hue. The winter coat is instead almost entirely black.
In addition, this animal, living at very high altitudes, where the air is deficient in oxygen, has a respiratory system characterized by significantly developed lungs.
The chamois has interdigital, preputial and supraoccipital glands, the secretions of which are probably used in intraspecific communication.
The supraoccipital glands (the size of a walnut), present in both sexes, are particularly developed in males during the reproductive period (they begin to grow from September): their secretion is used to mark the territory, when the animal rubs the head and horns against shrubs and rocks.
It seems that the highly odorous substance released by these glands also has the function of stimulating the predisposition for mating in females. For this reason they are also called “fregola glands”.
The chamois has a good olfactory capacity, but also a good view precisely in relation to its biotope, largely open, which can sometimes determine an olfactory information that is not very reliable, for example due to the variation of the winds.

Biology –
The Alpine chamois is a mammal whose male sexual maturity is added at 18 months while the social one towards 2-3 years. The reproductive phase occurs only once a year. The reproductive period occurs between the months of November and December.
The estrus of the female lasts from 36 to 72 hours and, if it has not been fertilized, it repeats itself after about three weeks.
The period of inspiration occurs only once a year and significantly changes the behavior of the animal. Chamois tend to be more gregarious and at this stage, flocks of 40-50 individuals can be observed, grouping in the areas of alpine pastures on steep slopes.
At the end of December, with the end of the heat, the animals gradually separate and resume their usual activities.
Mating occurs after the fight between males for the female contest (dispute that rarely leads to the death of one of the contenders).
The gestation period of the female lasts between 160 and 180 days and ends in the months of May-June.
The female, about a month before giving birth, moves away from the herd and, in a very sheltered environment, gives birth to only one puppy that is breastfed until autumn even if the latter, in August, has already learned to choose the best herbs.
The baby remains with the mother for the entire first year of life, until the moment of the next birth when it is removed. If, on the other hand, the female is not pregnant, it can happen that this bond lasts for a year. To this end, it is a hunting practice to prohibit the killing of the female, if followed by the baby of the year, since a killing in the hunting period (especially if in the first month) can lead to the kid’s decay if not to death by predation or hunger .
Chamois can theoretically reach 25 years of age, but in reality few exceed 15-16 years.
From the age of 10 the “old age” phase begins, their weight will decrease steadily until their death. The hair loses its color becoming gradually more grayish.
From this age onwards, the mortality rate begins to increase, which further increases after 14-15 years. The most important factor in this growth is the wear of the teeth: it affects so much the ability to obtain food that very few individuals are able to exceed 21-22 years.
It is important to note that, like humans, females have a higher life expectancy.
The kids (individuals under one year of age) have a life expectancy of 50-70% in winter and around 90% in summer.