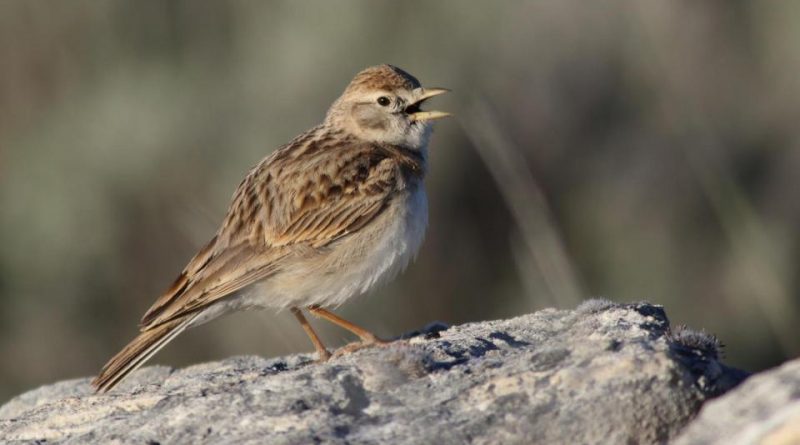 The Greater Short-toed Lark (Calandrella brachydactyla Leisler, 1814) is a bird belonging to the Alaudidae family.

Geographical Distribution and Habitat –
Greater Short-toed Lark is a bird that is widespread in most of Europe, except in the northernmost areas, and in Asia and Africa. In Europe it is widely distributed in the southern and south-eastern regions with the most important populations in Spain, Turkey and Russia.
In Italy it is present throughout the Peninsula even if it is not continuous, in particular in the south-eastern sector, Sicily and Sardinia, with a population that is represented discontinuously in the Po valley area and with main reproductive districts along the Tyrrhenian coasts north-central and southern Adriatic. Important nesting areas are however also present in Puglia and, as mentioned, on the major islands.
This typically Mediterranean species spends the winter in Africa and its preferential habitat is represented by open spaces, such as pastures, cultivated fields, prairies and beaches. 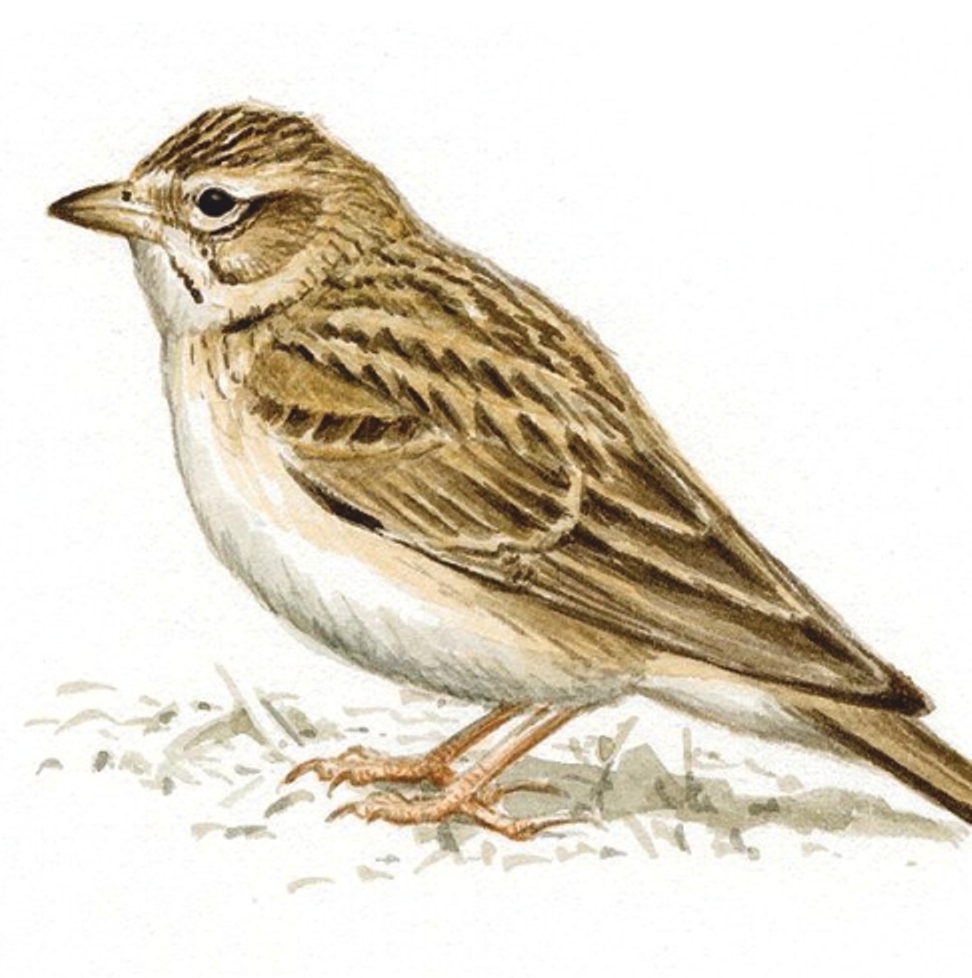 Description –
The Greater Short-toed Lark is a passerine bird characterized by a length of 13.5-15.3 cm and a wingspan of 27-32 cm and an evident sexual dimorphism, so much so that males and females are not distinguishable from each other in a summary exam.
The adults are marked by a light brown – yellow upper color with dark brown streaks, with the vertex, in spring plumage, with prevailing tawny shades.
The throat and all the lower parts are instead of off-white color.
Between the chest and the shoulder there is a dark spot, which becomes more pronounced in the spring plumage, with few and slight streaks in the chest area.
The legs and the beak are yellow, with the first ones tending towards an orange color in the spring plumage. Young people are quite similar to adults in non-spring dress.

Biology –
Greater Short-toed Lark brachydactyla nests in a rather long period, also depending on the subspecies, which runs from March until October. The nest is built on the ground by the female, in a depression in the ground usually adjacent to a slightly raised element (head, root ball etc.) and is covered with vegetable wool and gravel.
The environments where it nests are arid and open with sparse vegetation, along the coasts or sandy and pebbly banks, not going beyond 1300 m a.s.l.
The female lays 3-5 eggs, with 2 annual hatching asynchronous hatching. Incubation lasts 11-13 days and the fledging takes place 12-15 days after hatching.

Ecological role –
Greater Short-toed Lark feeds on seeds and, during the hollows, on insects and lives in sandy environments, in semi-desert expanses, in steppes, in barren areas, in meadows, pastures, in dunes, in low and cultivated coasts.
In Italy this bird is a regular and breeding migrant with a discontinuous distribution, an irregular winter visitor.
Migration movements occur between mid-August and October (max. September-early October) and between late March and May (max. April-mid-May).
From the point of view of population dynamics and its distribution, the species is undergoing a general decline in a large part of its European range, due to changes in land use and in particular the replacement of traditional and extensive agricultural practices with dense crops and irrigated.