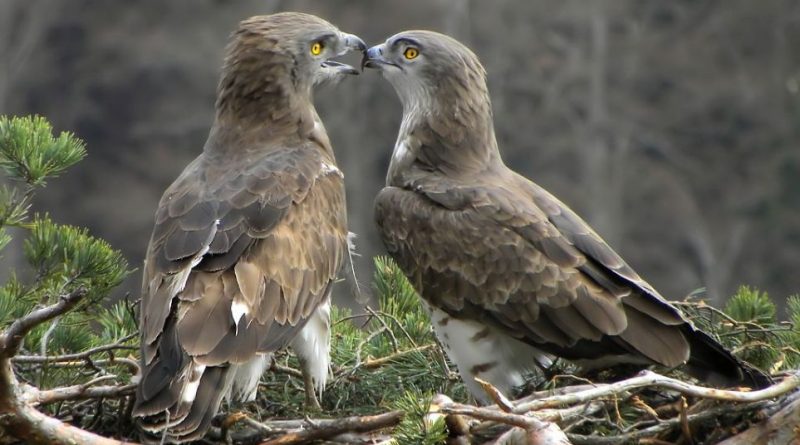 The short-toed eagle or snake eagle (Circaetus gallicus, Gmelin 1788) is a bird of prey belonging to the Accipitridae family.

Geographical Distribution and Habitat –
The short-toed snake eagle is a large bird of prey whose distribution range goes from Spain to Central Europe, also to Hungary and Poland, and extends to Iran, India, northern Mongolia and Africa.
It is also present in Italy where around 700 couples are found.
Its habitat is that of partially or totally open environments such as prairies, pastures, meadows, crops and clearings of various kinds. In general, it loves warm regions, open and covered with shrubs such as steppes, savannas, boundless deserts and forests. Important for this animal is the presence of prey animals. 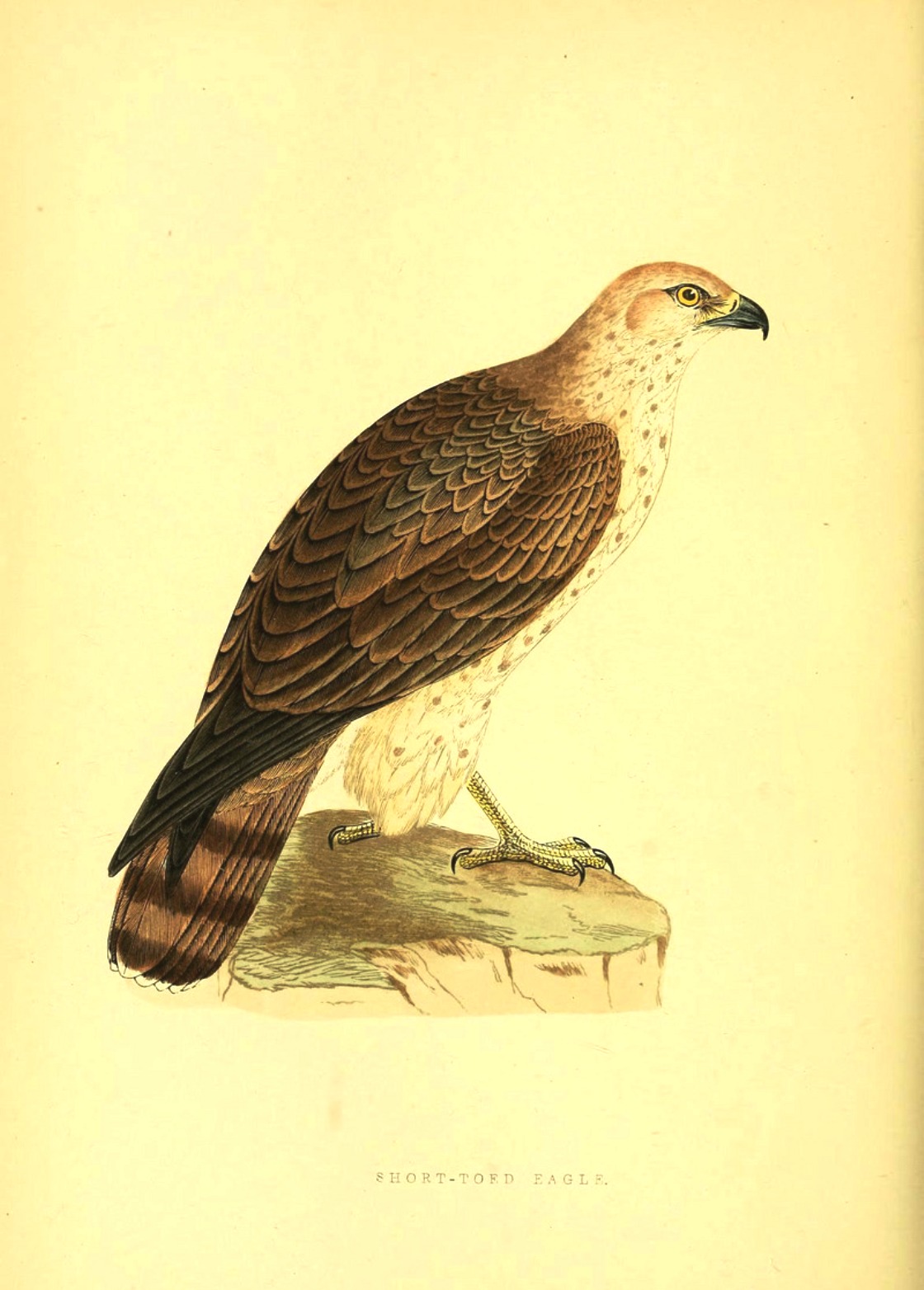 Description –
Circaetus gallicus is a large bird of prey with a total length of 59 – 72 cm, a wingspan of 160 – 195 cm and a weight of 1,380 – 2,500 grams and with the presence of sexual dimorphism.
It has a light-colored coat in the lower parts, with brown bars.
When the animal is in flight, the wings appear almost completely white, with some dark bars. The upper parts are brown-gray.
The cheeks, the throat and the chest are instead of brown color. Generally the males are lighter than the females and the small acts on the fly are much lighter and sometimes have an almost white head.
The head is large and often very protruding, with amber-yellow-orange eyes.
The legs are gray in color, with thick horny plates and with partially naked tarsi.

Biology –
The short-toed snake eagle is a bird of prey that builds its nest preferably in tall trees located on the slopes.
The female lays eggs probably only at the age of three or four and then only one egg at a time. The female hatches in the period between May and June, for about 45-47 days, a white egg more than 7 cm long. The baby stays in the nest for 60-80 days.
Depositions occur in southern Europe and Morocco in April, in India on the contrary already in January / February.
The maximum life of this bird is approximately 18 years. It is generally silent, it can emit a modulated and musical whistle and during the reproductive period it emits a kind of melodic song in flight on the nest.

Ecological role –
The peculiarity of Circaetus gallicus is that it feeds almost exclusively on reptiles, especially snakes and to a marginal extent on birds, lizards, small mammals, amphibians and insects, therefore its life depends strictly on their presence.
These birds, which are real “snake exterminators”, surround their victim by flapping their wings, so as to confuse the reptile.
Their hunt is carried out by slowly gliding at even rather high altitudes, carefully exploring the terrain with the head turned downwards and with frequent stops in “holy spirit” (beaten flight without movement), such as the Kestrel.
Once killed, the snake or any prey is immediately devoured on the ground or in flight. During the reproductive period, however, many preys are brought back to the nest to feed the voracious little one.
During a breeding season, a pair of bianconi catches between 700 and 800 specimens.
This raptor, being an evident migratory bird, moves between August and October with daily performances up to 100 km / h mainly passing through Gibraltar towards the regions south of the Sahara, and returning to Italy only towards March.
All over the world there are 4-6 species of the genus Circaetus which can all be found also in Africa with the exception of the Circaetus gallicus.
C. beaudouini and C. pectoralis are also classified under the name of C. gallicus as a single subspecies.
C. beaudouini resembles C. gallicus in build, but is smaller.
The C. pectoralis looks quite different with its black and brown coloring of the upper part of the body, but constitutes a leopard spot of mixed couples in a very narrow ground coinciding with the C. beaudouini.
According to the IUCN, the short-toed snake eagle’s populations are in decline as they are closely linked to the reptile populations it feeds on and due to illegal killings.