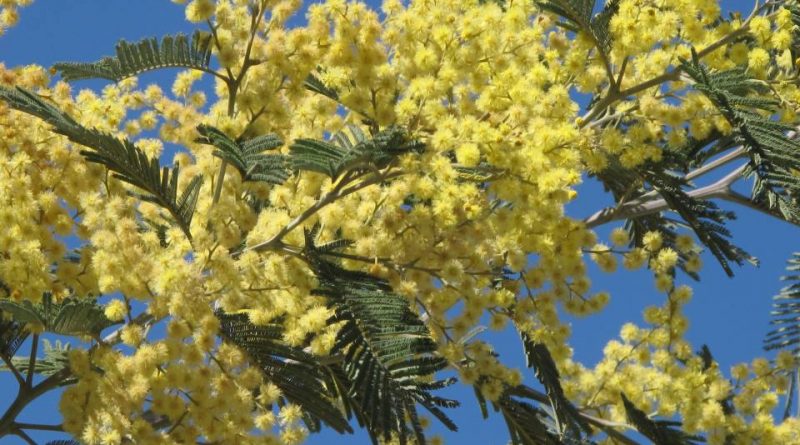 Etymology –
The term Acacia comes from the Greek name ακακια acacía (doubling of ακέ ακις acé acís needle, tip, thorn) with which Theophrastus and Dioscorides indicated a species of Egyptian Acacia.
The specific epithet decurrens is the participle of decurro running downwards: decurrent, with a prostrate bearing adhering to the ground.

Geographical Distribution and Habitat –
Black wattle is a plant native to the southeastern area of ​​New Wales, which includes the Sydney area, the Greater Blue Mountains Area, the Hunter region and the southwest of the Australian capital territory.
Its habitat is that of coastal or inland areas with heavy rainfall with 600-1,400 mm per year but which tolerates a wide range of conditions. It is found in the woods of sclerophylls along with Eucalyptus punctata and Eucalyptus crebra trees.
In areas where Acacia decurrens has naturalized, it is generally found on roadsides, along waterways and in desolate areas. It also grows in disturbed sites near forests and open woods.
This plant grown throughout Australia and in many other countries, has naturalized in most Australian states and Africa, the Americas, Europe, New Zealand and the Pacific, the Indian Ocean area and Japan. 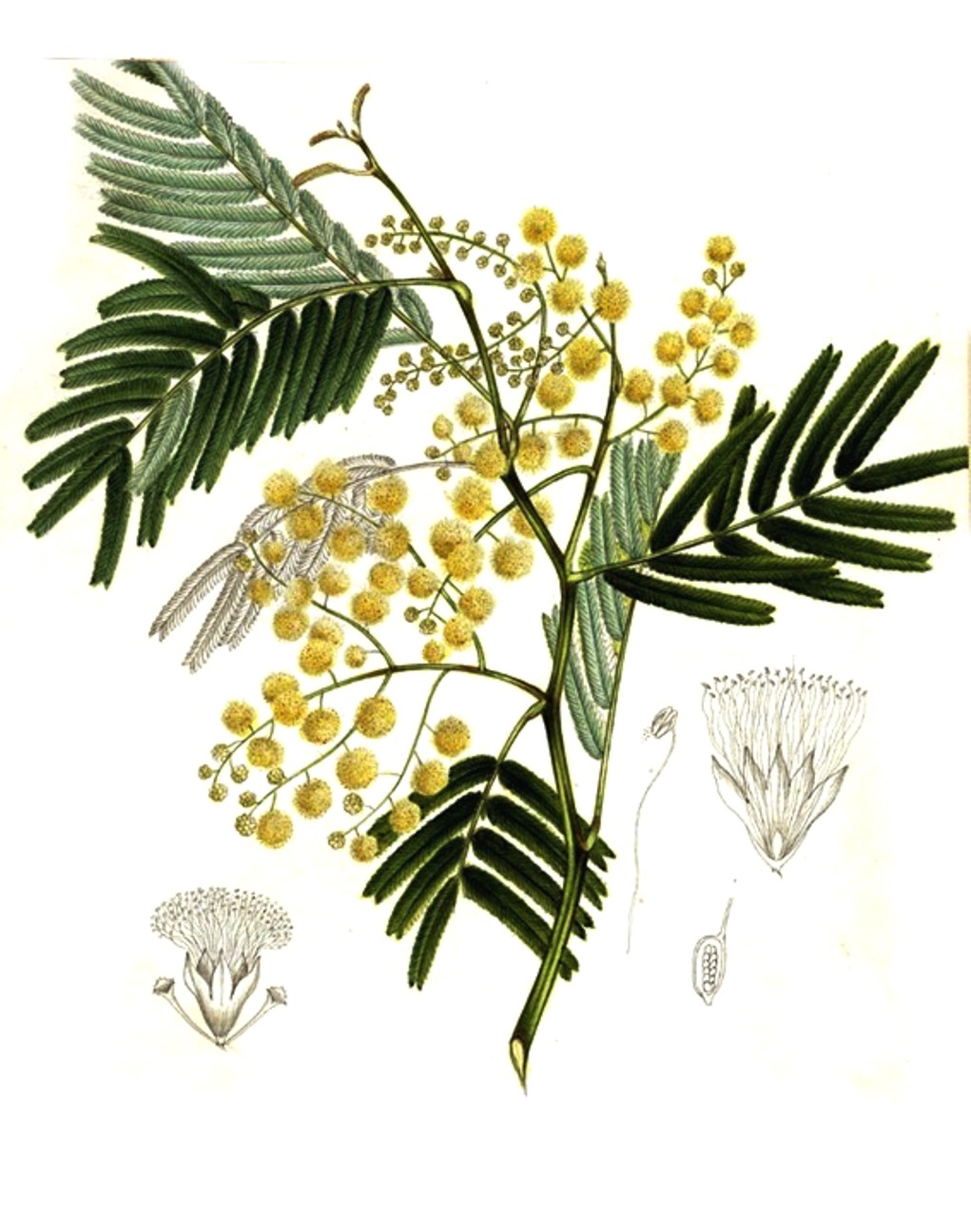 Description –
Acacia decurrens is a perennial tree or shrub that grows between 2 and 15 m and is a fast growing plant.
The bark is variable in color from brown to dark gray and externally smooth to deeply cracked longitudinally with evident signs.
The branches grow longitudinally.
The leaves are arranged alternately and are dark green on both sides. The stipulations are small or not present.
The base of the petiole is swollen and the leaf blade is bipinned with the rachis being 20–120 mm long.
It carries 15–45 pairs of small flyers (pinnules) widely spaced and connected together.
The small flowers are golden yellow-yellow in color, very cottony in appearance and are densely attached to the stems in each head with axillary racemes 5–7 mm long and 60–110 mm long or terminal panicle. These are bisexual and fragrant. The flowers have five petals and sepals and numerous showy stamens. The ovary is superior and has only one carpel with numerous eggs.
Flowering, which takes place between July and September, is followed by the formation of pods that ripen between November and January.
The fruit is a 5-8 x 0.8-1.2 cm dehiscent legume, ellipsoid, compressed, straight or curved, subtorulose and contracted between the seeds, hairless, pruinose, blue-green or reddish-brown. The seeds of 4-5 x 2,5 mm are obovate or ellipsoid, compressed, fovrolsti, shiny, black; hilum with yellow caruncle

Cultivation –
Black wattle is a plant that is easy to take root and cultivate and to rapid growth. It grows on shale and sandstone soils with medium level of macro and microelements and needs well-drained substrate.
The propagation of this plant can be done by sowing, by previously immersing the seeds in hot water and sowing them outdoors. The seeds retain their ability to germinate for many years.
Despite its invasive nature, it can still be kept under control with a careful elimination of young seedlings.
Acacia decurrens is used as a shelter or exemplary tree in large gardens and parks. The tree can appear imposing when it is in bloom.

Uses and Traditions –
Acacia decurrens, as well as for ornamental purposes or as a windbreak plant, can be used for the extraction of some active ingredients, for environmental recovery and for the production of timber, also for burning.
The flowers are edible and are used in pancakes.
From the resin that oozes from the trunks, an edible gum can be extracted which can be used as a substitute, of lower quality, of gum arabic, for example in the production of fruit jelly.
The bark contains approximately 37–40% tannin.
Also from the flowers a yellow substance is produced and the pods are used to produce the green dye. An organic chemical compound called kaempferol gives Acacia flowers their decreasing color.
The absolute essence, obtained from mimosa flowers and twigs by extraction with solvent, which, as mentioned is yellow in color, is dense with a sweet, floral and vaguely woody aroma.
In aromatherapy it is used to calm and relieve anxiety, while cosmetics use its astringent and antiseptic properties.
The flowers are collected in the months of March and April, in full bloom.
This absolute essence is solid and sticky, before adding it to a product you need to warm it up and soften it. It should also be handled with care because, if it sticks, removing it can be very difficult.
In skin care products it is used for its astringent and purifying qualities, which eliminate grease and impurities.

Preparation method –
Black wattle is a plant which, except for the roots, is used in its entirety.
Flowers that are edible are prepared for pancakes.
As said, a rubber is obtained from the resin which can be used in place of the arabic gum and in the preparation of fruit jellies.