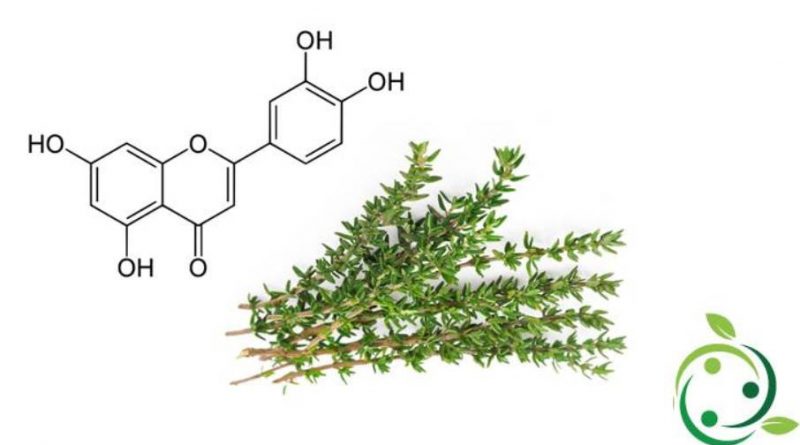 Luteolin, whose term in the official IUPAC nomenclature is: 2- (3,4-dihydroxyphenyl) -5,7-dihydroxy-4-chromenone is a flavone with a brute or molecular formula: C15H10O6. Luteolin is presented as a dirty white, almost yellow crystalline compound.
Luteolin was first isolated from thyme, dandelion and sage leaves.
It is however a compound also present in carrots, fennel, peppers and celery but also in medicinal herbs.
This molecule is being studied as it appears to have particular biological properties, especially in the oncology field.
Numerous scientific evidence demonstrates the effects of luteolin on various types of experimental tumors.
Luteolin has many effects, such as: anti-inflammatory, anti-allergic and anti-tumor; luteolin works biochemically or as an antioxidant or as a pro-oxidant. The biological effects of luteolin could be functionally related to each other. For example, anti-inflammatory activity can be linked to its anti-tumor property.

As for the anticancer properties, these are associated with the induction of apoptosis and the inhibition of cell proliferation, metastasis and angiogenesis.
Furthermore, luteolin sensitizes cancer cells to the cytotoxicity induced by therapy by suppressing cell survival pathways such as phosphatidylinositol 3′-kinase (PI3K) / Akt, the nuclear factor Kappa B (NF-kappaB) and the inhibitor of the protein of the X-linked apoptosis (XIAP) and by stimulating the pathways of apoptosis including those that induce the tumor suppressor p53.
The studies, still ongoing, and the results obtained lead to suggest that luteolin could play an important role, as an anticancer agent, for various types of cancer, as well as cancer prevention properties.