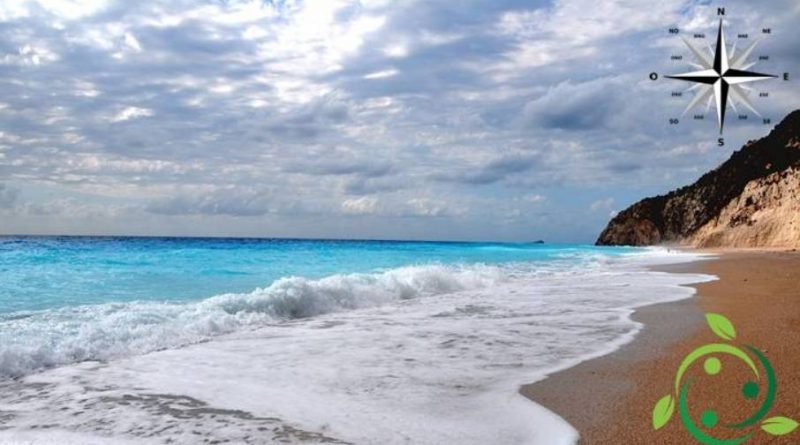 The Greek term or Greek wind means wind from the Mediterranean area blowing from the north-east, a direction that is symbolically indicated in the so-called wind rose.
The grecale is a wind that blows with particular frequency, especially on the regions of the central Mediterranean and on the Adriatic ones.
The origin of the Greek name is due to the fact that from the island of Zakynthos, a landmark of the wind rose, it blows from the north-east in correspondence, of Greece.
Depending on the season in which it blows, the grecale assumes different characteristics.
In the winter season, the wind is cold and dry, as it is associated with the descent of continental or arctic air from the Balkans, often blowing with moderate or strong intensity.
In this period the grecale is activated due to the presence of high pressure systems north of the Alps, which convey the air towards a low pressure area that deepens at more southern latitudes, generally between southern Italy and the Aegean Sea.

Thus the grecale enters the central Mediterranean basin through the Balkan mountain range at the eastern Adriatic coast, where it takes on the characteristics of a very cold and dry wind.
Once it has crossed the Adriatic Sea, the grecale breaks along the eastern side of the Apennine ridge, where the wall of the stau is formed, which brings very perturbed and cold weather to the east and dry and dry climate to the west, albeit with low temperatures .
During the summer season, however, the grecale has the tendency of a land breeze along the Tyrrhenian coasts and as a sea breeze along the Adriatic coast.
The characteristics of the grecale wind are that it can be associated with perturbed weather also along the regions of the Tyrrhenian side and on the Po valley, when a minimum depression is formed at altitude on the seas west of the Italian peninsula and a minimum on the ground between the Adriatic and the Ionian.
In general, however, the grecale is a cold and dry wind, especially in winter, associated with the descent of arctic-continental air from the Balkans or from Russia, whose impact along the eastern side of the Apennines causes perturbed and cold weather on the Adriatic side , dry on the Tyrrhenian one.