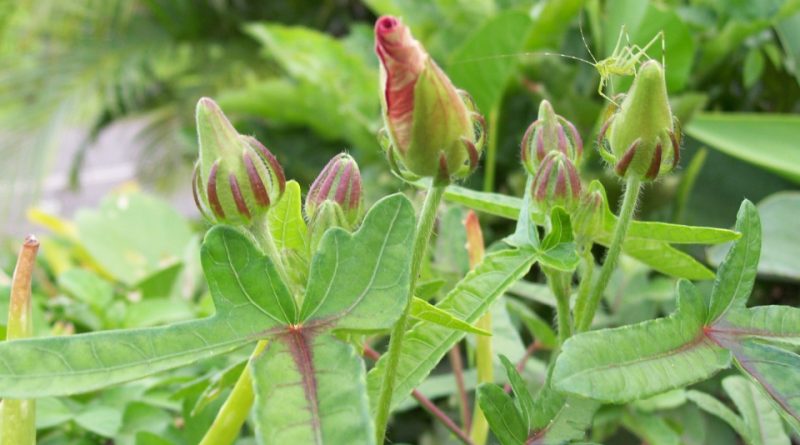 The abelmosk (Abelmoschus moschatus Medik.) Is a herbaceous species belonging to the Malvaceae family.

Systematic –
From a systematic point of view it belongs to the Eukaryota Domain, Kingdom Plantae, Subregion Tracheobionta, Division Magnoliophyta, Class Magnoliopsida, Order Malvales, Family Malvaceae and therefore to the Genus Abelmoschus and to the Species A. moschatus.
The term Hibiscus abelmoschus L. is synonymous.

Etymology –
The term Abelmoschus comes from ab u-l-mosk, the Arabic name of the plant which means father (source) of moss: for the seeds that smell like moss and are used to produce the essential oil of moss.
The specific epithet moschatus musk, also comes from the Arab musk musk, a ruminant with a scent gland: referred to the seeds.

Geographical Distribution and Habitat –
Abelmoschus moschatus is a plant native to Southeast Asia and Northern Australia and is spontaneous in India and cultivated in Egypt, Java, the Antilles and other tropical countries. It was introduced and can be found naturalized in tropical Asia, Central and South America, the Caribbean, Madagascar, Europe and many islands in the Pacific region.
Outside its natural habitat it is considered a pest; in fact, it spreads outside the crops to naturalize, mainly in the cultivated, ruderal and semi-natural areas. Once established, it often acts as a weed overlying native plant species. 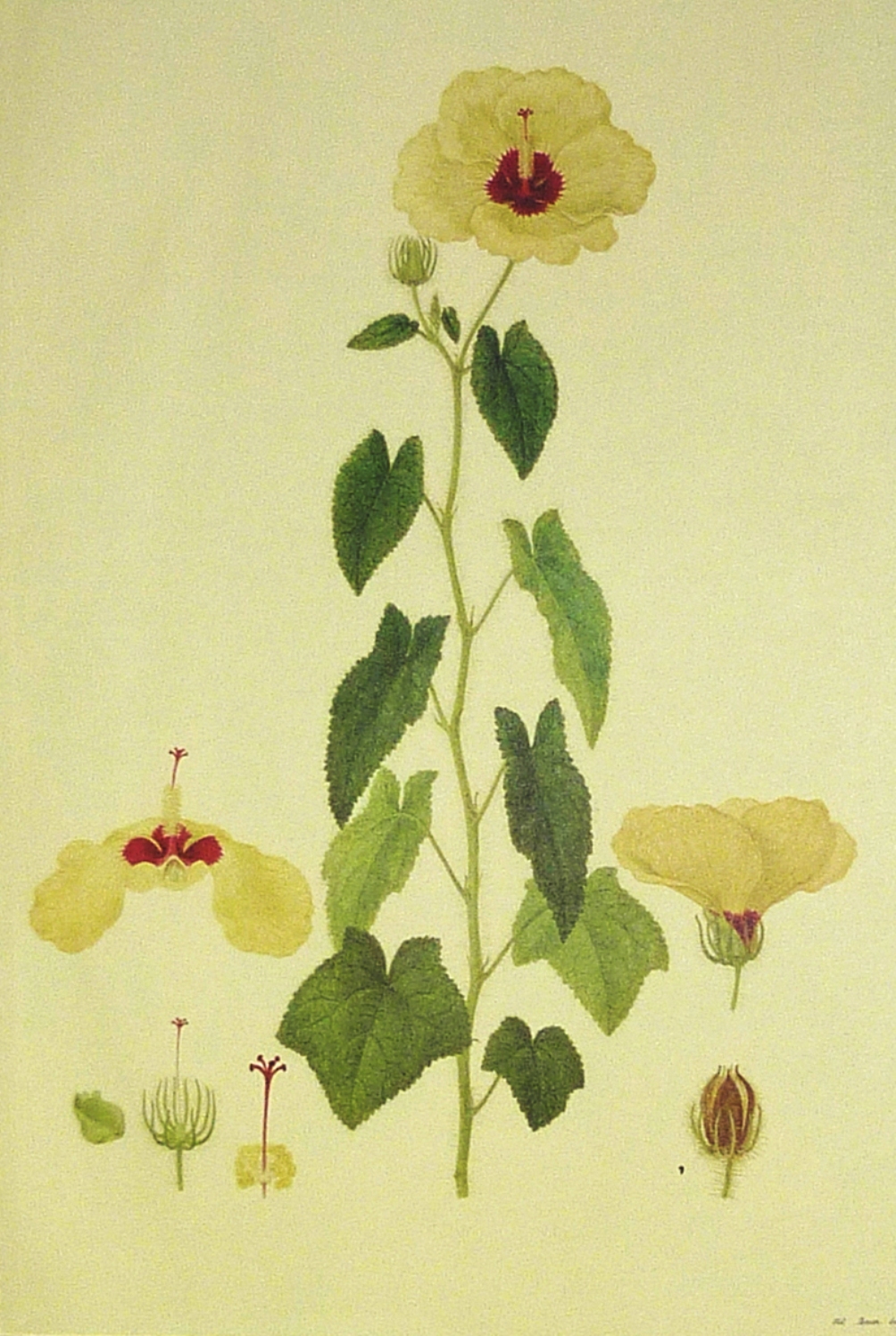 Description –
The abelmosk is a perennial or annual plant usually erect, but which can also assume a prostrate or creeping habit, depending on the degree of lignification of the stem at the base.
The plant can reach 1.5 meters in height.
The leaves are three-lobed or five-lobed, rough to the touch, covered with a light down.
The flowers are hermaphrodite, rather large, yellow in color and with a red or brown interior, and last only one day.
The seeds are contained within hairy capsules, about 8 cm long.

Cultivation –
Abelmoschus moschatus is an easily cultivated plant that prefers rich and well-drained soils, and a sunny position. The plant does not resist above – 5 ° C, which is why it is advisable to protect it in cold areas.
Even if the vegetative part is not dried during the winter, it is still advisable to cut the stems about 15 cm above the ground in spring: this will ensure vigorous growth and abundance of flowers during the summer.

Uses and Traditions –
Abelmoschus moschatus is an aromatic and medicinal plant that has been widely introduced in the tropical, subtropical and temperate regions of the world.
In India the cultivation area is increasing and the seeds are exported to France, Germany, Japan, Singapore and Spain for the extraction of essential oils highly appreciated in perfumery and aromatherapy.
It is an entirely edible plant whose leaves and young shoots are consumed in soups, cooked fruits such as those of the Okra (Abelmoschus esculentus), and seeds, both cooked and raw; the latter remind the taste of sesame seeds, and are used to flavor liqueurs and coffee.
The Abelmosco is well known to Ayurvedic medicine which uses it in various remedies; there are recognized diuretic, emollient, stomachic, carminative, antiseptic, stimulating and aphrodisiac properties. The seed decoction is useful in case of spleen disorders, vomiting and abdominal pain; moreover, if chewed, they help to calm the breath and against nausea. The leaves and roots are used against headaches, rheumatism, varicose veins, fever and venereal diseases. The essential oil extracted from the seeds is used in aromatherapy for the treatment of depression and anxiety; it is applied externally in case of cramps, aching joints and circulation problems.
Furthermore, the decoction obtained from the aerial part of the plant is widely used as a natural insecticide; the root mucilage is used in the paper industry during the sizing phase; the stem, conveniently macerated, provides a textile fiber known as “okra fiber”; the essential oil obtained from the seeds is also used in perfumery to give the typical “musky” note to the products. The best are considered those of Martinique while the Indian ones are often mixed with seeds of trigonella or Abutilon indicum.
However, this use is now largely replaced by various synthetic mosses due to its high cost.
Tobacco is sometimes flavored with its flowers.

Preparation method –
As said, this plant has many culinary uses.
In fact, the leaves and young shoots that are used in soups and cooked fruits and seeds are consumed, both cooked and raw, which are also used to flavor liqueurs and coffee.
Unripe musk okra pods, leaves and new shoots are eaten as vegetables.