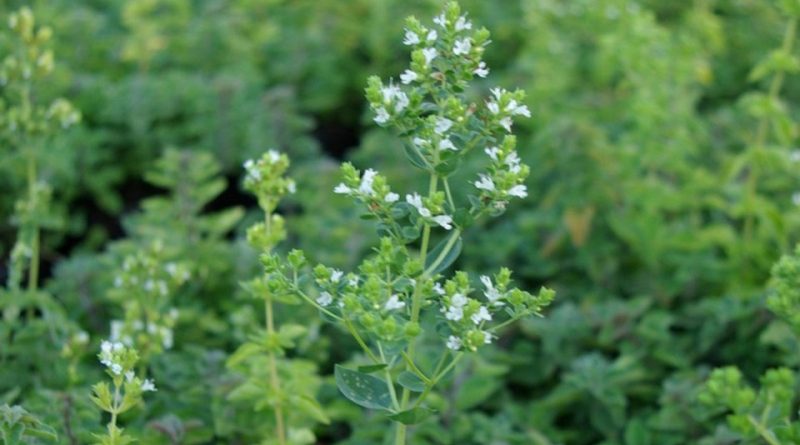 Etymology –
The term Origanum comes from the Greek ὄρος óros monte and from γάνος gános showy beauty, pleasure: splendor of the mountain, reference to the natural habitat.
The specific epithet heracleoticum comes from ῾Ηράκλεια Herácleia, name of several cities of antiquity (such as the current Iraklion in Crete or the ancient Heraclea in the Magna Grecia Lucana, located near the current Policoro): of Eraclea.

Geographical Distribution and Habitat –
Southern oregano is a plant of Mediterranean origin where it grows at 200 to 1400 meters above sea level.
Its habitat is that of sparse bushes and shrubs. 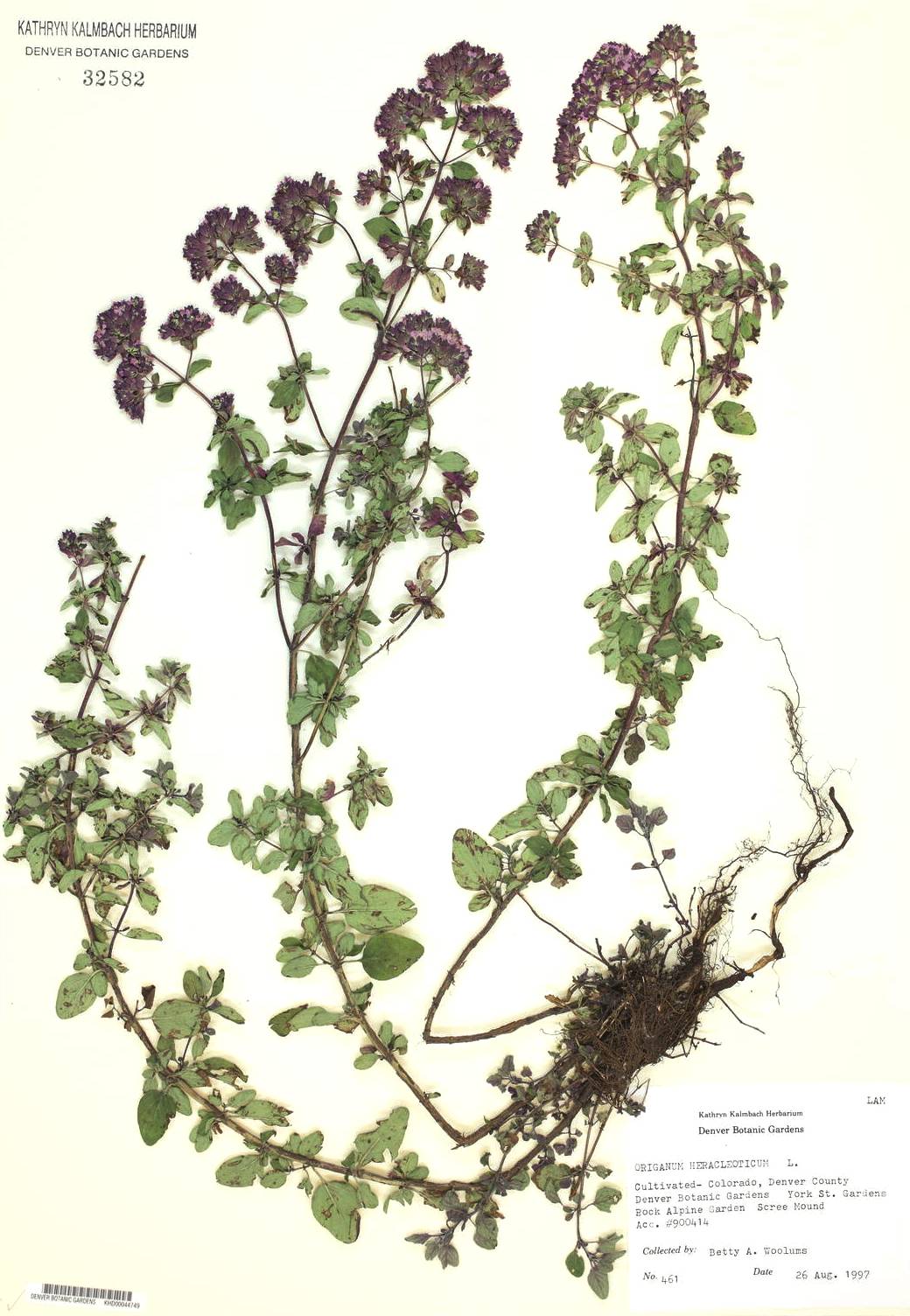 Description –
Origanum heracleoticum is a perennial, hairy, intensely aromatic herbaceous species, with a size of 30-80 cm.
The stems are slightly woody at the base, more or less reddish green, erect-ascending, with white hairs.
The leaves are petiolate, with ovate lamina, whole or slightly serrated margin, green above lighter and hairy below.
The flowers are small, numerous, gathered in terminal ovoid spikelets, with white or rarely pink corolla.
The antesis is between June and August.

Cultivation –
For the cultivation of this plant the same principles apply for the Origanum vulgare, for which please refer to the following sheet.

Uses and Traditions –
Southern oregano is present in Italy and is a common plant in the Lattari Mountains, on the Sorrento peninsula and on the island of Capri.
This plant is locally sought after by many for its strong aromatic properties and, moreover, many farmers cultivate this oregano at the edge of the fields.
It has important nutraceutical properties: Antiseptic, antispasmodic, expectorant, parasiticide, tonic, stomachic.
The active ingredients contained are: essential oil, tannin, resin, rubber.
The parts used are the leaves, the flowering tops (July-September) which must be dried in the shade.
Due to its particular aroma, Origanum heracleoticum is recommended for flavoring salads, sauces, meat, fish, vegetables, pizzas, tomatoes, eggs and cheeses. It is also used in the preparation of typical condiments, such as “salmoriglio” and is a basic ingredient for preserves of all kinds.
The balsamic period is the summer one.

Preparation method –
Southern oregano must be collected in bundles in the summer; subsequently the essence is left to dry, often wrapped in sheets of straw paper, in warm, dry and ventilated places and, subsequently, the leaves and the flowering tops, roughly chopped, are used as a condiment for pizzas, salads and other dishes.