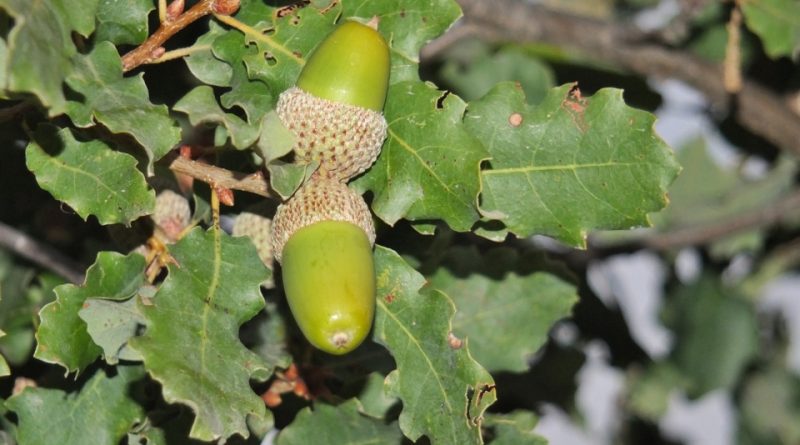 The Aleppo oak (Quercus infectoria Olivier, 1801) is an arboreal species belonging to the Fagaceae family.

Etymology –
The term Quercus comes from quercus, the Latin name for oak, a plant sacred to Jupiter.
The specific epithet infectoria comes from inficio dye, color: dye, which serves to dye.

Geographical Distribution and Habitat –
Quercus infectoria is a plant native to Greece and the islands of the eastern Aegean and the Middle East (Turkey, Cyprus, Iran, Iraq, Kurdistan, Lebanon, Syria and Israel).
This plant is also found in South and Southwest Asia. 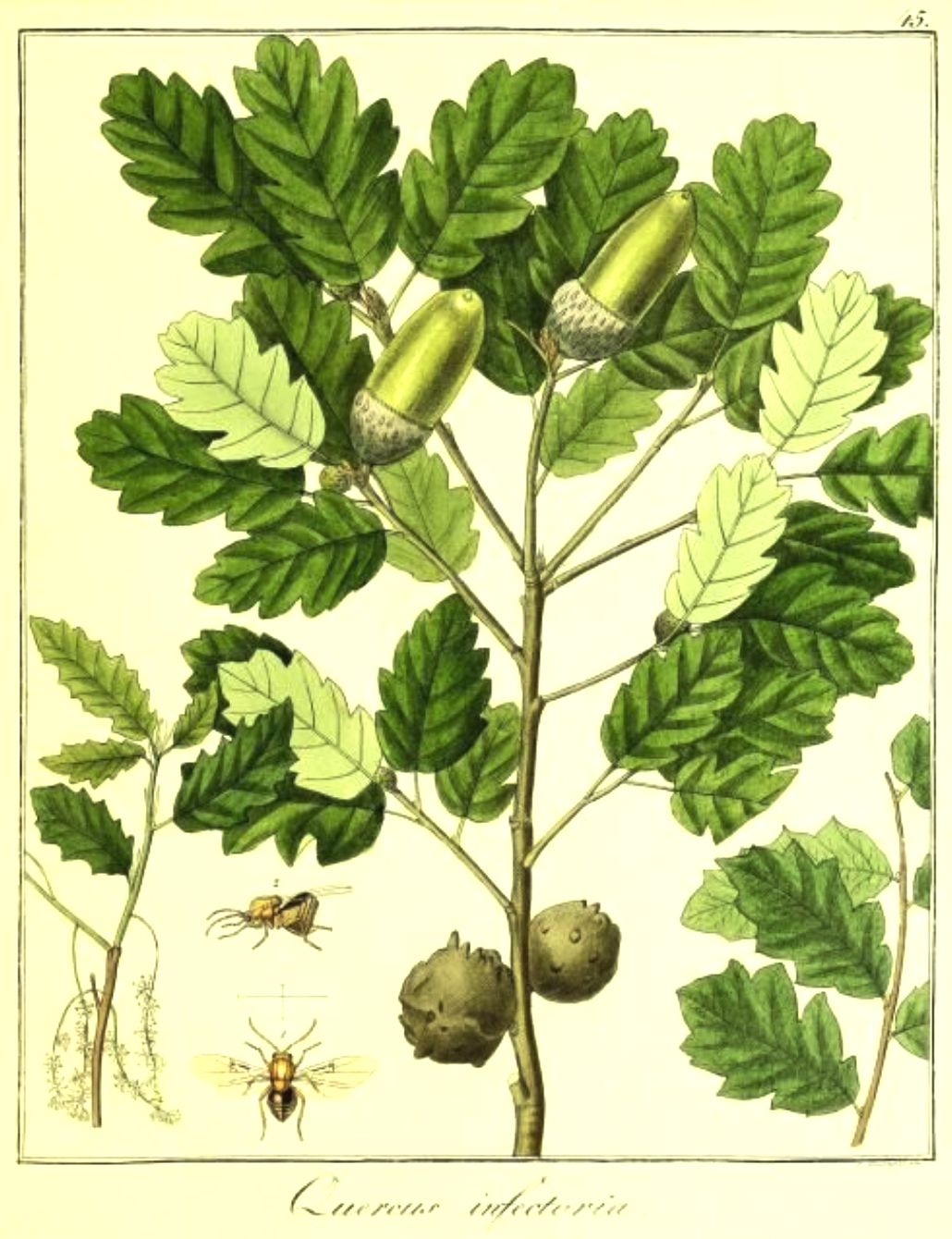 Description –
The Quercus infectoria is a small evergreen tree that grows on average from one to two meters high but that can reach 5-6 meters and often takes on a shrubby aspect.
The stems are twisted and have oblong and leathery leaves, rounded at the base, with crenate or dentate margins, rarely lobed, supported by 3 – 4 cm petioles.
On its branches form galls due to the bite of a cynipid hymenopter, the Cynips tinctoria, inside which there are substances with remarkable anti-bacterial power and used in medicine.

Cultivation –
The cultivation of the Aleppo oak is possible in the Mediterranean areas with a climate similar to that of the areas of origin and also in calcareous soils.
The plants need, especially in the first vegetative phase, to be sustained with rescue irrigations that I can then finish a fly that the plants have formed a deep root system.
As with other oaks, young plants must be protected above all from sunlight in the first phase of life.

Uses and Traditions –
The Quercus infectoria is a plant known for hosting a parasite, the cynipid hymenopter Cynips tinctoria, which infects the plant. The female of the insect pierces the buds and lays her eggs there. The puncture causes the formation of galls in which the eggs hatch and the larvae come out which then will become adult insects. The wall of the galls that forms is very resistant and contains a high quantity of tannins.
Quercus infectoria can be used as a thickener in stews or mixed with cereals to make bread.
It is also known as Majuphal in traditional Indian medicine, manjakani, where it has been used as a dental powder and in the treatment of toothache and gingivitis.
The tannins that form in galls have unique chemical properties essential in the preparation of some markers used in immunocytochemistry.
Nowadays, the extracts of this plant are also widely used in the production of pharmaceutical preparations, food and feed additives, dyes, inks and metallurgy.
Quercus infectoria galls contain the highest natural level of tannin (about 50-70%), syringic acid, β-sitosterol, amentoflavone, hexamethyl ether, isocryptomerine, methyl betulate, methyl oleanate and hexagalloil glucose.
They also contain 2-4% of gallic and ellagic acid, each polymerized to produce tannins.
Tannins have been used for hundreds of years for medical purposes and are currently indispensable in dermatology and are used for the preparation of bronzers.
Within the galls of the Quercus infectoria there are active ingredients that have been pharmacologically tested to possess astringent, antidiabetic, antitremor, local antiviral, antibacterial, antifungal, larvalide and anti-inflammatory properties.
The wide range of pharmacological activities of this plant could justify the effectiveness of the preparation of Quercus infectoria extracts which are widely used in Malaysia to treat many types of health problems for many decades.
Furthermore manjakani extract is used in Malaysia as a very beneficial substance for women after childbirth. So far no dangerous effects of the extract have been reported. Furthermore, Arabs, Persians, Indians, Malays and Chinese have traditionally used galls after birth to treat vaginal discharge and related postpartum infections.
In the past the Quercus infectoria galls were widely used for ink production.

Preparation Mode –
Although widely used in the past, its use for pharmaceutical purposes or for the production of other substances, such as inks, is now practically obsolete, at least in the West.