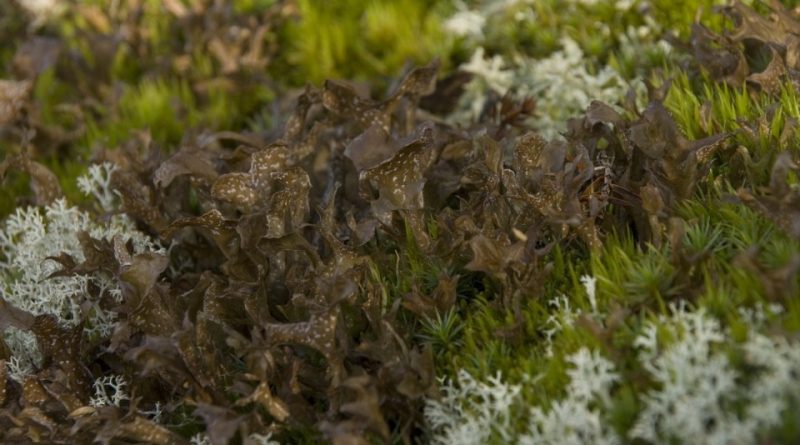 Etymology –
The term Cetraria is the diminutive of the Latin cetra, a small and light leather shield of the Roman fiction. In allusion to the reddish or dark brown dimples, circular or almost, with a flat, irregular, bullous surface, with a raised and crenulated margin that, here and there, can be seen at the ends of the lobes of the isolated or twin thallus (the apothecia). «Similitudinem apotheciorum cum ejusmodi perta coriacea» Pelta, as a zither, from the Greek pelth = small shield, from which peltasta, Greek light infantry soldier.
The specific Icelandic epithet does not refer to its origin as to the fact that the Icelanders consume it as food.

Geographical Distribution and Habitat –
Iceland moss is typical of mountainous and vegetal areas in the cold regions of the globe (Greenland, Spitzberg, Sweden and Norway, Iceland, Russia, in North America, Asia (Himalaja). In Italy it is present especially in the central Alps, on the plants of the undergrowth and woods, on the open land and on the cliffs, even in the subalpine and mountain area.
It is also present in the French, Swiss, Austrian Alps, Spain, Silesia, Thuringia, Harz, in the southern Danube regions.
It is a characteristic species of the lava expanses in Iceland and perhaps from this derives its name vernacular lichen of Iceland or arctic lichen. 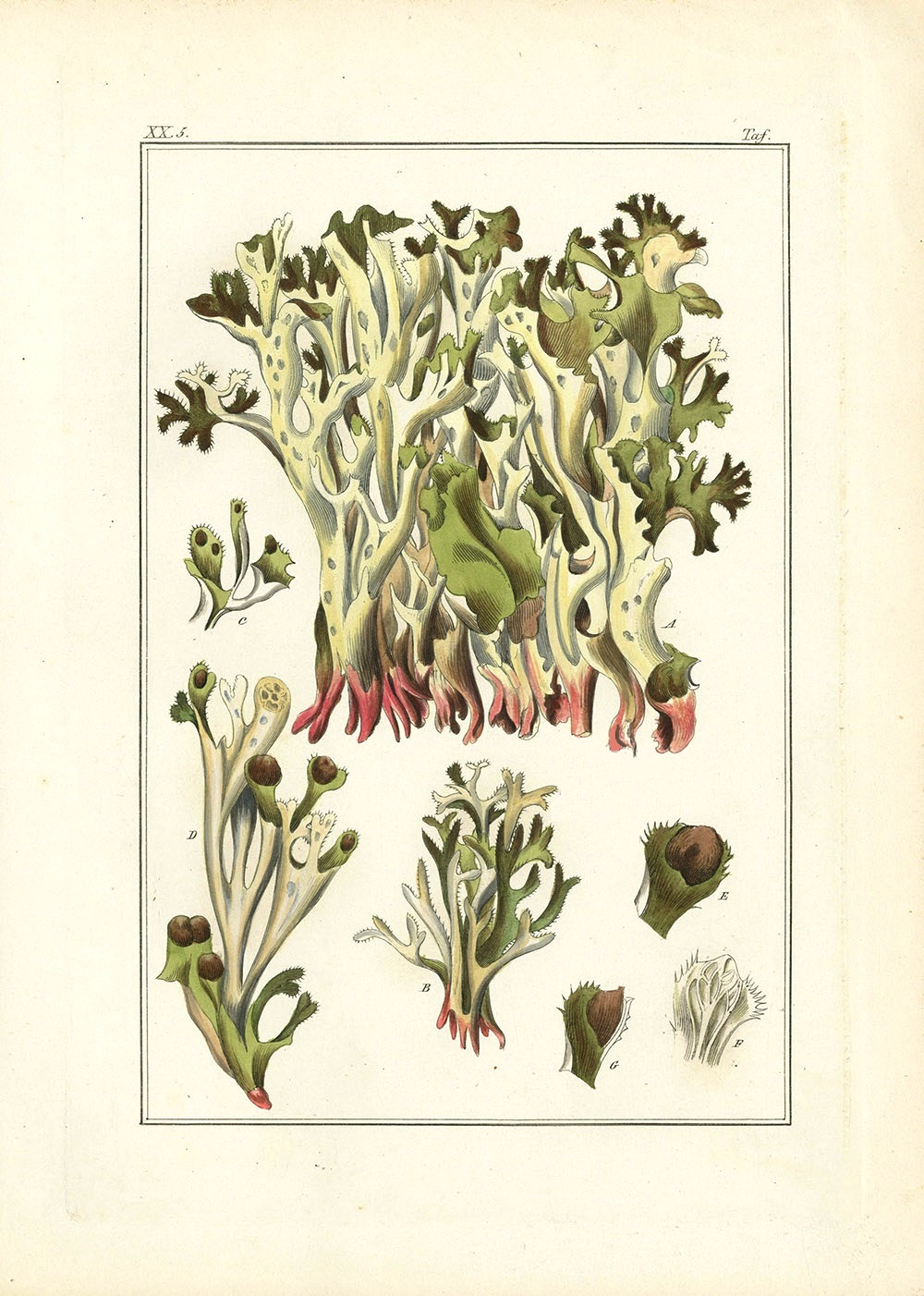 Description –
The Iceland moss is recognized by the lacines that are revolved towards the inside and equipped on the edge with spinules. The color varies a lot from one specimen to another, generally it is brown but can be from light gray to very dark. It reproduces mainly through thallus fragmentation.

Cultivation –
The Cetraria islandica is a lichen that grows spontaneously in the mountainous and cold areas of the globe and its habitat is to grow on the plants of the undergrowth and the woods, on the open land and on the cliffs. In Iceland it grows on lava fields.

Uses and Traditions –
Cetraria islandica is the most common lichen used in herbal medicine as a calming cough despite its decidedly bitter taste. In the past it was used instead of starch in the preparation of chocolate. It is used in pharmacies as an additive to toothpastes and intimate cleaning solutions.
This lichen contains about 70% of lichenin, a polysaccharide, and some lichen substances such as fumaric acid, cetraric acid (responsible for the bitter taste).
The drug, ie the part of the plant containing the active ingredients, is constituted by the thallus, which contains polysaccharides, lichenine, usnic acid, cetraric acid or cetrarinum, bitter lichen acids, mucilage, folic acid and other B group vitamins.
Lichenine is a carbohydrate rich in mucilage that can reach very high percentages, even higher than the starch contained in potatoes, and it is for this high nutritional value that the Icelandic lichen is used by the northern populations of the boreal areas (Lapponi) as food, and for animals like the Reindeer and the herds in general, which find abundant pastures in the Icelandic Lichen, both, in times of particular famine, even for humans, with the trick of depriving it of bitter substances, which would make it inedible , by boiling, or by cold infusion of 24 hours.
Usnic acid has an antibiotic-like bactericidal activity, while lichenine produces bechiche and emollient mucilages, which protect the mucous membranes of the respiratory and digestive system. These properties are useful for combating inflammation of the respiratory system, gastrointestinal tract, and inflammation of the skin and mucous membranes in general.
In the herbalist field, the medicinal properties of Icelandic Lichen are used to produce syrups, herbal teas, balsamic candies, effective as adjuvants to calm coughs, pertussis, bronchial asthma, as soothing of respiratory mucous membranes, and particularly indicated as thinning of bronchial catarrh.
Cetrarin gives the Iceland moss bitter-tonic properties stimulating the digestive functions, valid antiemetic to combat nausea and vomiting, even during pregnancy.
Due to its emollient and antiseptic properties, it also enters the composition of cosmetic antiacneic preparations, toothpastes, soaps and detergents, with a soothing, purifying, disinfectant and deodorant action, particularly for intimate hygiene.
The Icelanders harvest this lichen when it rains or at night, they macerate in water for 24 hours, to eliminate the bitter substances, they dry it and grind it (flour).

Preparation Mode –
With the Cetraria islandica you can prepare an infusion.
In this case, take 1 tablespoon of the Icelandic lichen thallus, 1 cup of water; then pour the thallus in cold water, light the fire and bring to the boil. Boil a few minutes and turn off the heat. Cover and leave to infuse for 10 min. Filter the infusion and drink it after meals to take advantage of the anti-inflammatory and protective action of the mucous membranes
A mother tincture can be prepared starting from the dried thallus with an alcohol content of 65 °.
However, the use of Iceland moss in gastritis and peptic ulcer is not recommended. The plant in fact contains bitter principles that can make the situation worse.