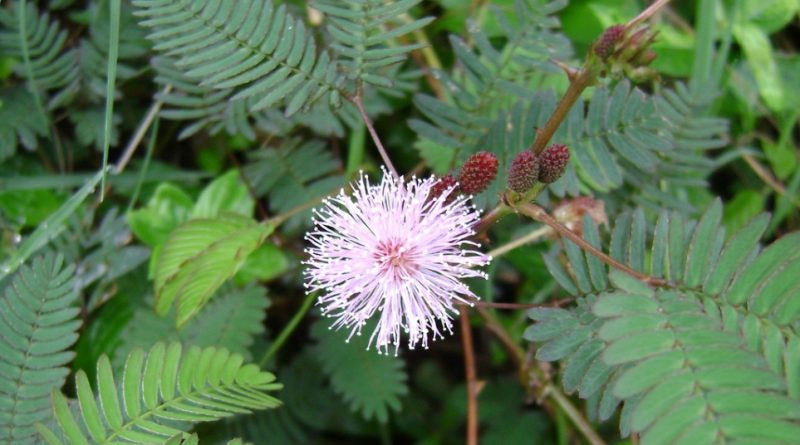 The catechu (Acacia catechu (L. f.) Willd) is a deciduous and thorny tree belonging to the Fabaceae family.

Etymology –
The term Acacia comes from the Greek name ακακια acacía (doubling of ακέ ακις acé acís needle, tip, thorn) with which Theophrastus and Dioscorides indicated a species of Egyptian Acacia.
The specific catechu epithet derives from the Malay vernacular name cachu given to this plant.

Geographical Distribution and Habitat –
The Acacia catechu grows throughout the State of Haryana, in northern India, and in the rest of the areas of the Indian subcontinent which have a similar thermometric rainfall. It is also found throughout the Indo Gangetic plain from Assam in the west to Afghanistan and from the coast of the sea of ​​the Deccan Plateau to the north in the areas of the Himalayas up to altitudes of 1,250 m. 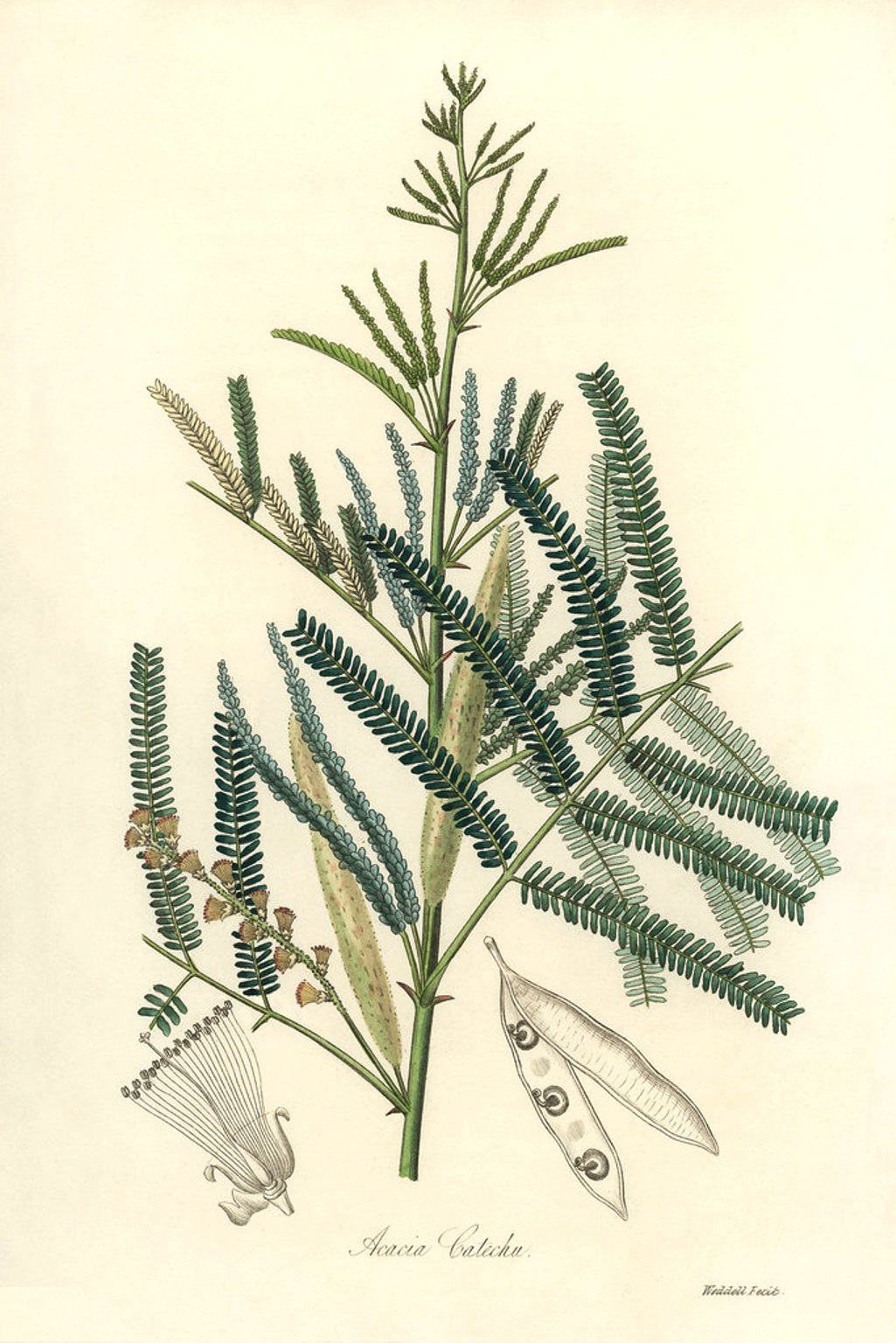 Description –
The Acacia catechu is a small and medium sized spiny tree species that can grow up to about 15 m.
The bark is brown, dark gray or greyish, with long stripes and sometimes in narrow rectangular plates, brown and red inside.
The leaves are bipinnate, alternate, stipulated.
The flowers are long spikes of variable color ranging from white to pale yellow with numerous stamens.
The fruits are pods of 5-10 x 1-1.6 cm, flat, straight with a thin wall, with a beak at the apex, brown, narrowed at the base in a stem, dehiscent; seeds 3-10, orbicular or ovate, flattened.

Cultivation –
The catechu tree can be propagated either through its seeds, which must be previously immersed in hot water.
The planting operation must be performed in a nursery and after about six months of growth in this environment, the plants can be transplanted in the open field.
It is a plant that grows at high speed and is suitable for light soils.

Uses and Traditions –
The Acacia catechu is called by the names of: khair in Hindi, and kachu in Malay, from which the name was latinized to “catechu” in the taxonomy of Linnaeus, as the species-type from which the extracts cutch and catechu are derived. Common names include kher, catechu, cachou, cutchtree, black cutch and black catechu.
This plant is known to attract wildlife and its flowers are pollinated by bees and insects.
Tree seeds are a good source of protein. The kattha (catechu), an extract of its heartwood, is used as an ingredient to give the paan red color and typical flavor. Paan is an Indian and Southeast Asian tradition that consists of chewing betel leaf (Piper betle) with areca nut and crushed lime paste.
The branches of the tree are often cut enough to provide fodder for the goats and as food for the local livestock.
The heart of the heart and the bark of the tree are used in traditional medicine.
A wood extract called catechu is used in traditional medicine to treat sore throats and diarrhea.
The concentrated aqueous extract, known as gum khayer or cutch, is an astringent. It is used in Ayurvedic medicine. In ayurveda it is used for rasayana (rejuvenation treatments).
The tree is often planted to make firewood and coal and its wood is highly valued for making furniture and tools. The wood has a density of about 0.88 g / cm3.
The heartwood extract is used in dyeing and tanning the skin, as a hair color, as a preservative for fishing nets and as a viscosity regulator for oil drilling.
Furthermore, the presence of this plant, being a legume, can enrich the nitrogen soil.

Preparation Mode –
The Acacia catechu can be used alone or in combination as a dyeing base. Specifically, the drug used, which is commercially available in the form of powder, is the decoction of concentrated wood in paste and subsequently dried and then pulverized.
Acacia catechu is generally used to add darker tones to henna.
It can be used:
– in combination with the henna powder to give shades tending to brown;
– famous for its dyeing properties, it can be used alone for compresses aimed at the “cooling” of the nouance or it dampens the red-copper henna;
– also in the form of an infusion useful for the preparation of dye treatments.